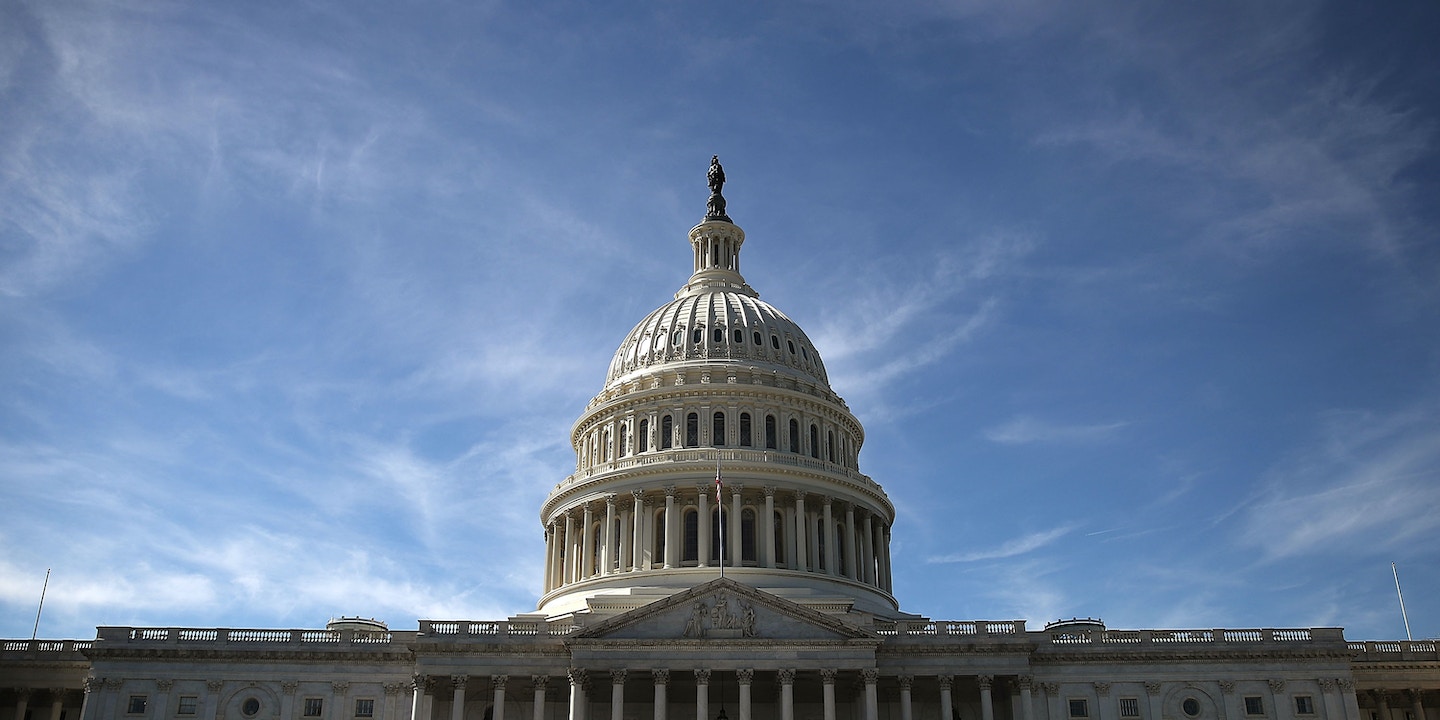 A group calling itself the One Nation Health Coalition is one of the only health care advocacy organizations heaping praise on House Speaker Paul Ryan’s health insurance overhaul legislation. It released a statement on Monday hailing the American Health Care Act (AHCA) as “built on the ABC’s of success,” and calling it a proposal that will “lower costs, expand access and increase choices by putting you — the individual — in charge.”

Last week, when White House Press Secretary Sean Spicer argued that his party’s health care proposal enjoys broad levels of support, he listed conservative groups that “have been very supportive” of the GOP health care plan. One Nation Health Coalition was one of the four he named.

But citing the coalition as evidence of broad support is pure fantasy. The group doesn’t appear to have much of a membership or a following beyond a small handful of former Republican staff members, think-tank pundits and vendors brought together just for Ryan and his plan.

The organization has not released a membership list, conceals its website registration using an anonymous proxy site, and its foundation documents were registered last Tuesday, within 24 hours of the public release of the GOP health plan.

Requests for comment to One Nation Health Coalition Senior Adviser David Hoppe, a former lobbyist to health insurance firm Aon Corporation and former chief of staff to Speaker Ryan, were not returned. The spokesperson for the group, John Hart, also a former Republican staff member, did not respond to a request for comment, either.

The about page of the One Nation Health Coalition provides virtually no information beyond a one-sentence description about its goal of promoting “the passage of health reform legislation that provides for the health, health care and wellbeing of all Americans,” with no information about those involved.

The page is illustrated with an image of men and women of various ethnicities and ages beaming huge smiles. The picture is a stock photograph from iStock Getty Images, called “Diversity People Group Team Union Concept – Stock image” that can be purchased for $12.

Strassel essentially unveiled the group with her gushing column in the Wall Street Journal last month, which came out even as many conservatives were splitting with Ryan because they feel it would not go far enough in repealing the Affordable Care Act.

“One Nation Health is a clearinghouse, a place for conservatives to meet, share notes, craft messages for the public, and unite on talking points,” Strassel wrote. “It will facilitate progress between Congress and the White House.”

The Heritage Foundation’s Robert Moffit, a health care expert who praised then-Gov. Mitt Romney’s proposal of the individual mandate, is involved with the coalition. Another think tank expert, James Capretta, maintains an affiliation with the group. Louis Brown, an attorney with a Christian health organization, is also part of the effort. Brown appeared at the White House with President Donald Trump to support Trump’s health plan at a live-streamed press event.

The governing board of the group, filings show, includes David Wilson, the chief executive of Asset Health, a firm that provides insurance firms with employee health education management services, two officials from a law firm that specializes in setting up nonprofit organizations, and Daniel Perrin, a longtime GOP activist. According to his LinkedIn profile, Perrin is the president of the HSA Coalition, an organization that was previously backed by insurance companies to promote health savings accounts — a tax savings system vastly expanded by the GOP plan. In 2013, Citizens for Responsibility and Ethics in Washington called on authorities to investigate one of Perrin’s groups for failing to file the required disclosure reports after engaging in election activity.

As we’ve reported, Republican leadership has found difficulty gaining support for their plan beyond a few select industries that gain financially from the proposal, such as health insurers and medical device companies.

In a press release unveiling conservative support for the American Health Care Act, Ryan cited only one right-of-center advocacy group endorsing the effort: Americans for Tax Reform. That organization, notably, has received funding from General Electric, a company that has long lobbied for a repeal of the medical device tax — a key provision of Ryan’s legislation.

On Tuesday, following the Congressional Budget Office’s report predicting the AHCA would have devastating impact on health insurance coverage, as well as hike premiums for low-income seniors, the coalition promoted an attack on the nonpartisan office, referring to a page that highlighting the CBO’s alleged “uneven reliability when it comes to providing estimates.”