Trump the Outsider Outsources His Budget to Insider Think Tank

Many of its proposals are lifted straight from the recommendations of an elite ultra-conservative D.C. think tank: the Heritage Foundation. 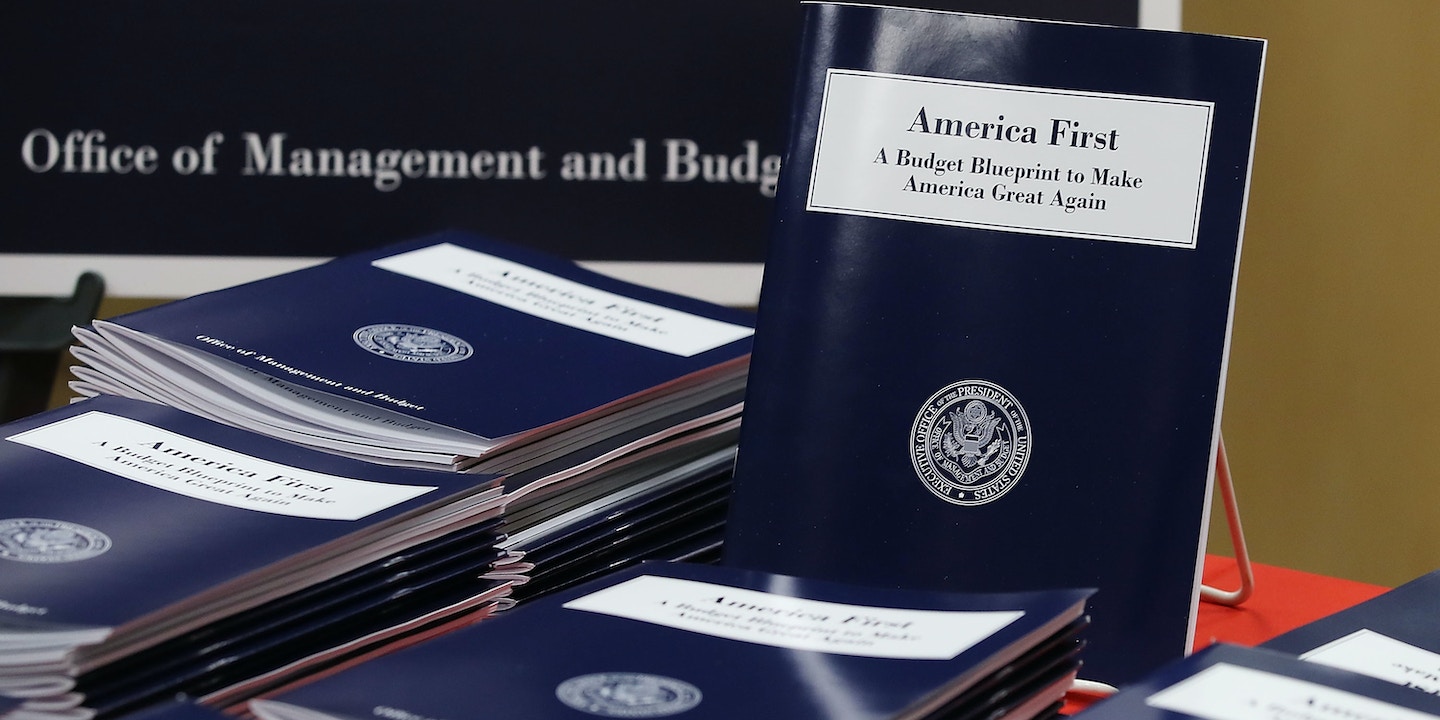 President Trump’s budget proposal, released on Thursday, echoes none of the populist, anti-establishment themes of candidate Trump’s campaign for higher office. Instead, it calls for a large increase in defense spending while reducing spending for a variety of popular domestic programs.

That’s not surprising considering where those ideas came from. Rather than bringing in new ideas from outside of the Beltway, many of its proposals are lifted straight from the recommendations of an elite ultra-conservative D.C. think tank: the Heritage Foundation.

Founded in 1973, Heritage has served as a sort of a watering hole for the Republican establishment, providing policy papers and staffers for GOP members of Congress and presidential administrations. Its 2015 annual report listed almost $100 million in revenues — drawn from conservative mega-donors and corporations — which it uses to facilitate the spread of its ideas across Washington, D.C.

And those ideas have found a home in the Trump administration, which leaned heavily on Heritage advice during the transition period. Many of the White House proposal’s ideas are identical to a budget blueprint Heritage drew up last year.

Here are just a few examples:

Heritage is certainly pleased with the outcome — mostly. It put out a statement on Thursday praising the White House budget proposal.

“President Trump’s budget proposal marks a stark contrast from the reckless spending of the past administration. The proposed cuts to non-defense programs, together with executive actions to streamline federal agencies and cut waste, signal that this administration is serious about cutting the bloated Washington bureaucracy down to size,” it wrote. “Congress should work with the administration to bring greater accountability to government.”

There was just one part the think tank didn’t like — it complained that Trump’s call for an additional $54 billion in defense spending just isn’t big enough: “President Trump’s 2018 defense budget proposal represents a clear commitment to rebuilding the military and a desire to repeal damaging sequestration defense caps. However, this increase is insufficient to begin the much-needed re-building.”

Top photo: Copies of President Donald Trump’s overview of budget priorities for FY2018, titled “America First: A Budget Blueprint to Make America Great Again,” are put on display at the Government Publishing Office (GPO) and the Office of Management and Budget, on March 16, 2017, in Washington.