That Trump got hammered by the Alternative Minimum Tax in 2005 is an inexplicable fluke. It does not mean the super-rich actually pay their taxes. 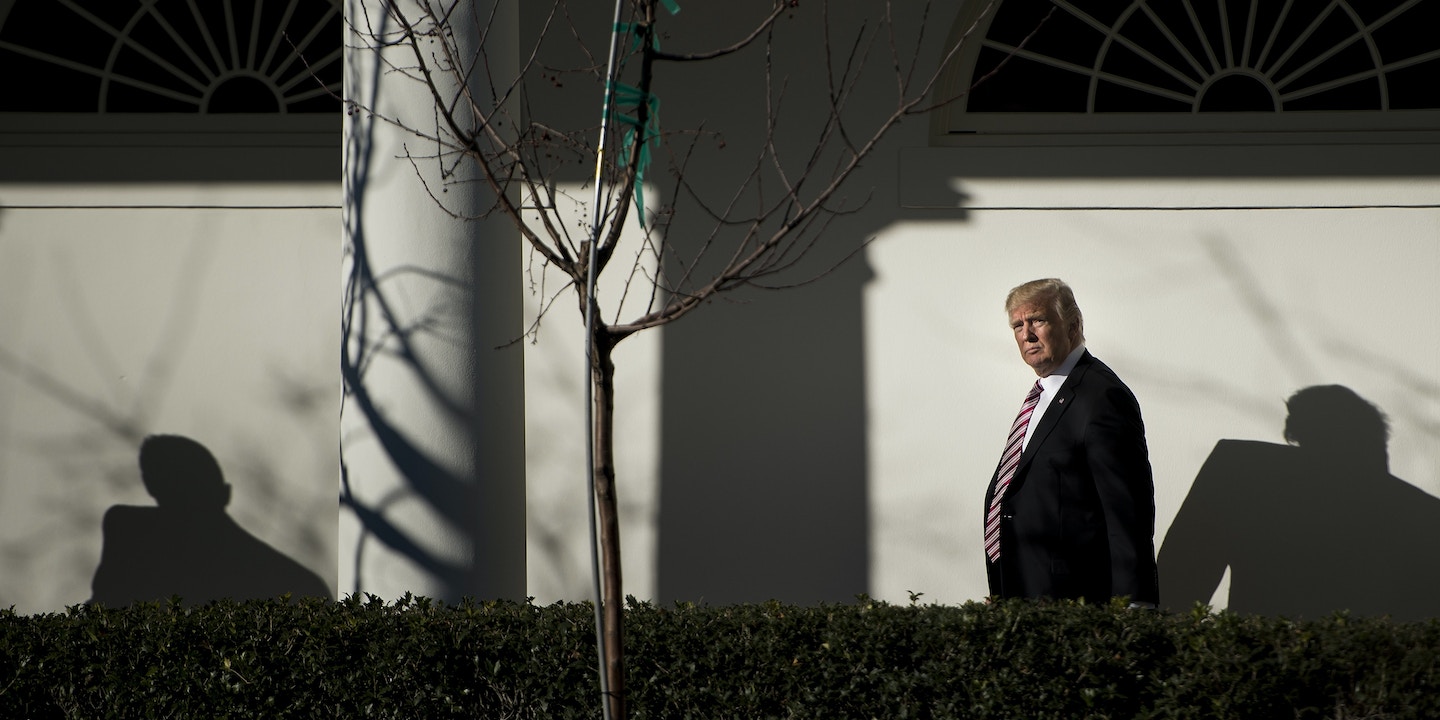 On January 17, 1969, Treasury Secretary Joseph W. Barr presented Congress’s Joint Economic Committee with a project years in the making: the first list ever compiled of all the tax code’s loopholes and exemptions. If they were eliminated, Barr said, government revenue would increase by about one-third.

But what got the biggest headlines was that Barr revealed that 155 taxpayers who had declared over $200,000 in income in 1967 (about $1.5 million in today’s dollars) had used those special breaks to pay no income tax at all.

“We now face the possibility of a taxpayer revolt,” warned Barr. “The revolt will come not from the poor but from the tens of millions of middle-class families [who] are likely to revolt against income taxes not because of the level or amount of the taxes they must pay but because certain provisions of the tax laws unfairly lighten the burdens of others who can afford to pay.”

Barr was right that this infuriated Americans, especially since they now had hard numbers to go on. That year, Congress received more complaints about the lucky 155 than the Vietnam War, and responded by creating an “add on” tax requiring everyone to pay 10 percent on all income over $30,000.

Ever since then, the U.S. has had some type of additional, parallel tax code intended to prevent big earners from getting away scot free come April 15. The current version is called the alternative minimum tax, or AMT, and was enacted in 1978.

(The mechanics of the AMT are extremely complicated and — since tax software now does the calculations for most people — largely irrelevant unless you’re a programmer for Intuit. But if you’re curious, you can read how it works here.)

And we now know that, at least in the case of Donald Trump in 2005, the AMT worked very satisfyingly. The two newly leaked pages from Trump’s tax return that year shows that without the AMT he would have had to pay just $5.3 million in income taxes on the $153 million he made in 2005, a rate of 3.48 percent. With it, he was forced to cough up a total of $36.6 million, or 24 percent.

It’s no wonder that Trump’s campaign tax plan calls for the elimination of the AMT. Anyone who’ll set up a company to collect just $65,000 in branding fees for vodka and energy drinks sold in Israel would take an extra $30 million on their tax bill quite personally.

It’s impossible to be sure why Trump owed so much more under the AMT, since none of the attachments he filed were leaked. One plausible explanation is that for some reason, the $103 million in net operating loss he carried forward brought his regular taxable income way down, but didn’t affect his income under the AMT as much.

But whatever the reason, it’s not normal. The fact is that it’s incredibly unusual for the AMT to cause someone that rich that much monetary pain.

A look at a detailed IRS spreadsheet about who exactly paid how much income tax in 2014 shows why.

The top 0.001 percent for 2014 consisted of about 1,400 filers. To reach their elysian ranks you needed to have an adjusted gross income of at least $57 million, while their average income was a Trump-like $150 million.

But while a third of this group paid extra thanks to the AMT, it added up to only $1 billion — or 2 percent — of the $50 billion total they paid in income taxes.

So except in rare cases like Trump in 2005, the AMT doesn’t really make much difference, mostly because much of their income is due to capital gains — which are usually taxed at the same low rate under the regular income tax system and the AMT.

The top 0.001 percent actually pay a lower rate in income taxes —  24 percent — than people making less than them, all the way down to an income level about $211,000. So two accountants married to each other may well be paying income taxes at a higher rate than the Koch brothers.

In fact, the AMT is now primarily a burden on the upper middle class. While it was originally supposed to be aimed at America’s richest, thanks to poor design and inertia it now raises the tax rate for 4.3 million filers. About 6 percent of the tax bill for people whose gross adjusted income is between $211,000 and $465,000 is due to the AMT.

And some of America’s billionaires have realized the best way to avoid income taxes is to have as little income as possible. Larry Ellison, the founder of Oracle, has a net worth of over $50 billion and a large appetite for yachts and private islands. Yet for some of his spending sprees he hasn’t sold Oracle stock to pay for it all. Instead, he’s borrowed money using the stock as collateral — so instead of paying the capital gains tax on the stock sale, he owes no tax since loans aren’t treated as income.

Other tax avoidance gambits are as numberless as the fish in the sea — and in fact one of the best places to learn about them is the work of David Cay Johnston, the reporter who received Trump’s tax returns in the mail.

So don’t take Trump’s 2005 taxes as a sign everything’s working fine. Instead, it looks more like a peculiar fluke. Trump himself knows better than anyone how grotesquely unjust our tax system is, since he’s exploited it for his own gain for decades and then had the chutzpah to campaign on pledges to fix it.

But if he gets his way what he’ll actually do is gut the one thing that we know forced him to pay a reasonable amount in taxes, once.

Top photo: President Donald Trump walks from the residence to the West Wing of the White House on Jan. 26, 2017, in Washington