Spicer: “When it comes to Sarin gas, he was not using the gas on his own people the same way that Ashad [sic] was doing. … He brought them into the Holocaust center.” 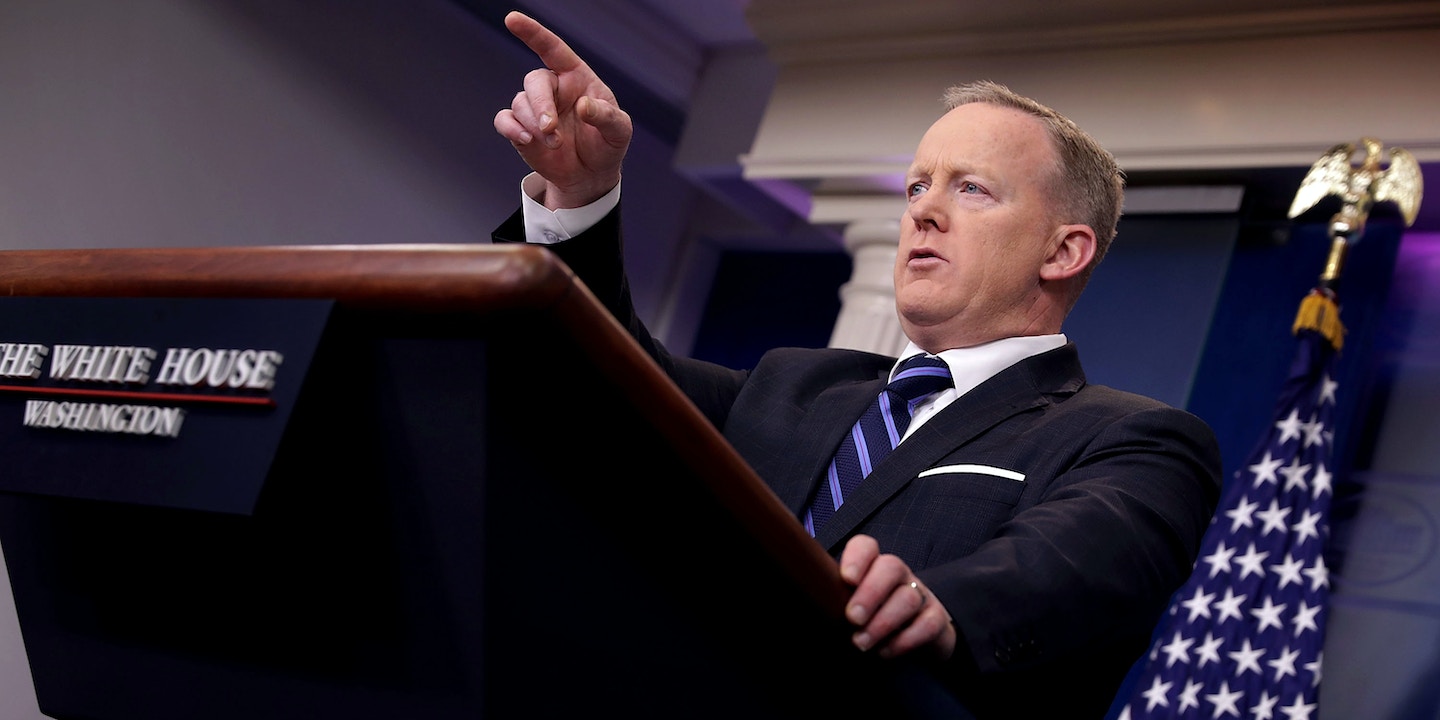 “You had a — someone as despicable as Hitler — who didn’t even sink to using chemical weapons. So you have to, if you’re Russia, ask yourself is this is a country and a regime that you want to align yourself with?”

When asked for clarification, Spicer said that he meant dropping chemical weapons on unsuspecting towns of Germans.

“When it comes to Sarin gas, he was not using the gas on his own people the same way that Ashad [sic] was doing. … He brought them into the Holocaust center, I understand that.”

“In the way that Assad used them, where he went to towns, dropped them down to innocents — into the middle of towns — I appreciate the clarification there, that was not the intent.”

After the news conference, Spicer issued yet another statement, this one in writing:

NEW: a second clarification from the @presssec on Assad/Hitler comparison: pic.twitter.com/IU8OA5jFAb

According to the American Chemical Society, Hitler stockpiled large amounts of Sarin gas during the Second World War, but never used them on a European battlefield. Zyklon B labels shown as evidence at the Nuremberg trials.

But it is common knowledge that poison gas was his method of choice for the mass murder of Jews, LGBT people, and others during the Holocaust. More than a million people were killed by the poison gas Zyklon B — a derivative of cyanide — at the Auschwitz camp alone.

Some people on Twitter noted the significance of the date: