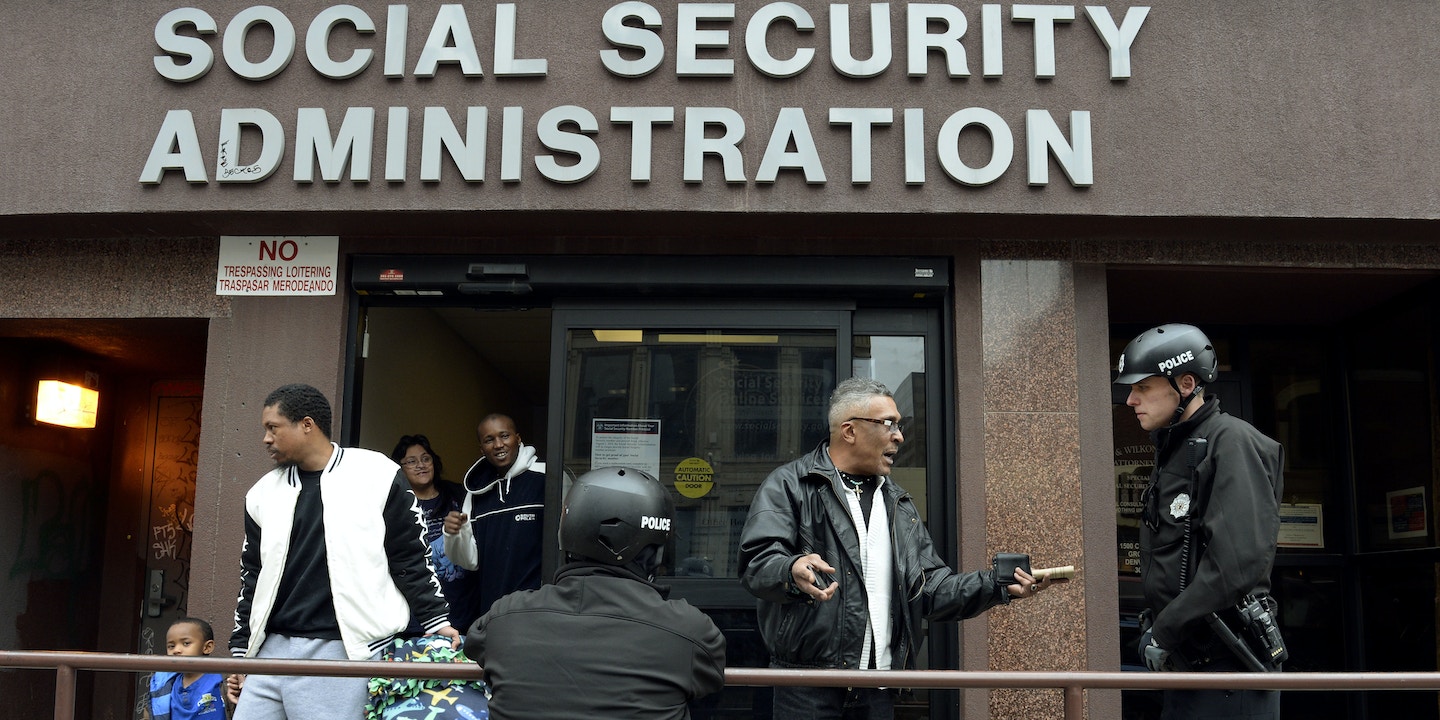 The Trump administration is considering a proposal to remove Social Security’s dedicated funding stream by eliminating the payroll tax that funds it, the Associated Press reports.

That would generate a considerable and highly visible tax cut for workers — 6.2 percent of their wages, putting an extra $3,720 a year into the paychecks of someone who makes $60,000 a year. And it would save the same amount for their employers.

But Social Security advocates worry that it would undermine the program’s finances by making it reliant on general revenues. Nancy Altman, who co-directs the Social Security Works advocacy group, called it a potential stealth attack.

“We were always able to say Social Security doesn’t add a penny to the deficit, and if all of a sudden there’s general revenue flowing to it, then it does contribute to the deficit,” she said. “It undermines the idea that it’s an earned benefit.”

The Social Security payroll tax — assessed on all earnings up to $127,200 — is regressive in nature. It is, for instance, by far the heftiest federal tax burden on those who earn too little annually to owe much income tax. Its elimination would be a boon to most workers — but only if the funding stream were reliably and fully replaced.

That would require counting on Trump’s economic team to shepherd a solution through Congress — and for Congress to treat Social Security unlike other “discretionary” general-fund programs whose budgets rise and fall with political currents.

Furthermore, the rumored mechanism for making up the lost funding — said to be a form of value-added tax (VAT), based on eliminating deductions on labor expenses — would hit workers the hardest.

The VAT proposal would raise $12 trillion over 10 years, which could be used for Social Security among other things. Paul N. Van de Water, a senior fellow at the left-leaning Center for Budget and Policy Priorities, warned that a VAT tax would increase the cost of goods and services — arguably canceling out the value of the reduced payroll tax for most lower- and middle-class workers.

A typical middle-income person, “gets virtually all of his or her income via wages and they spend all of their income on consumption,” he explained. “So whether you tax wages or tax consumption, you’re hitting them in just about the same way. … The increase in the price they’re paying in the goods and services they purchased won’t be as evident but it will be the same effect nonetheless.”

Van de Water also said another rumored aspect of the Trump plan — a reduction in corporate tax rates — would, when combined with a VAT, lead to tax responsibilities being shifted from companies and their owners to workers.

“To the extent you’re replacing the corporate income tax with a VAT, that’s clearly regressive,” he said. The combination of the two policies would have poorer people pay more and richer people pay less. “The people who receive corporate income tend to be high-income people whereas middle- and low-income people bear the cost of a consumption tax.”

The employee contribution to the payroll tax was briefly reduced by 2 percentage points — from 6.2 percent to 4.2 percent — in 2011 and 2012, the result of a compromise between congressional Republicans and President Obama over how to stimulate the economy.

Altman proposed as an alternative a refundable tax credit. “If they want to give tax relief to the middle class, … they could give a refundable tax credit,” she suggested. “That doesn’t undermine Social Security, it leaves Social Security in place.” Specifically, she pointed to the Making Work Pay (MWP) tax credit, which was in place from the start of the stimulus program in 2009 until 2011, when it was replaced by the payroll tax cut. MWP was a tax credit that offered up to $400 for single filers and $800 for joint filers.

Trump campaigned against cutting Social Security benefits, but slashing it is a hobbyhorse for the Washington, D.C., establishment, with many Republicans and some Democrats long arguing for cuts such as raising the retirement age, slowing adjustments for inflation, or even privatization.

Because Americans pay for Social Security through their payroll taxes, the program has long been seen by workers as an investment of their own money — making it politically difficult to cut. Removing the personal attachment to the program could lay the groundwork for making it easier to reduce benefits.