A congressman demanded an investigation of TransDigm for cornering the market on proprietary parts for military aircraft. But its investors are too blissed out to care. 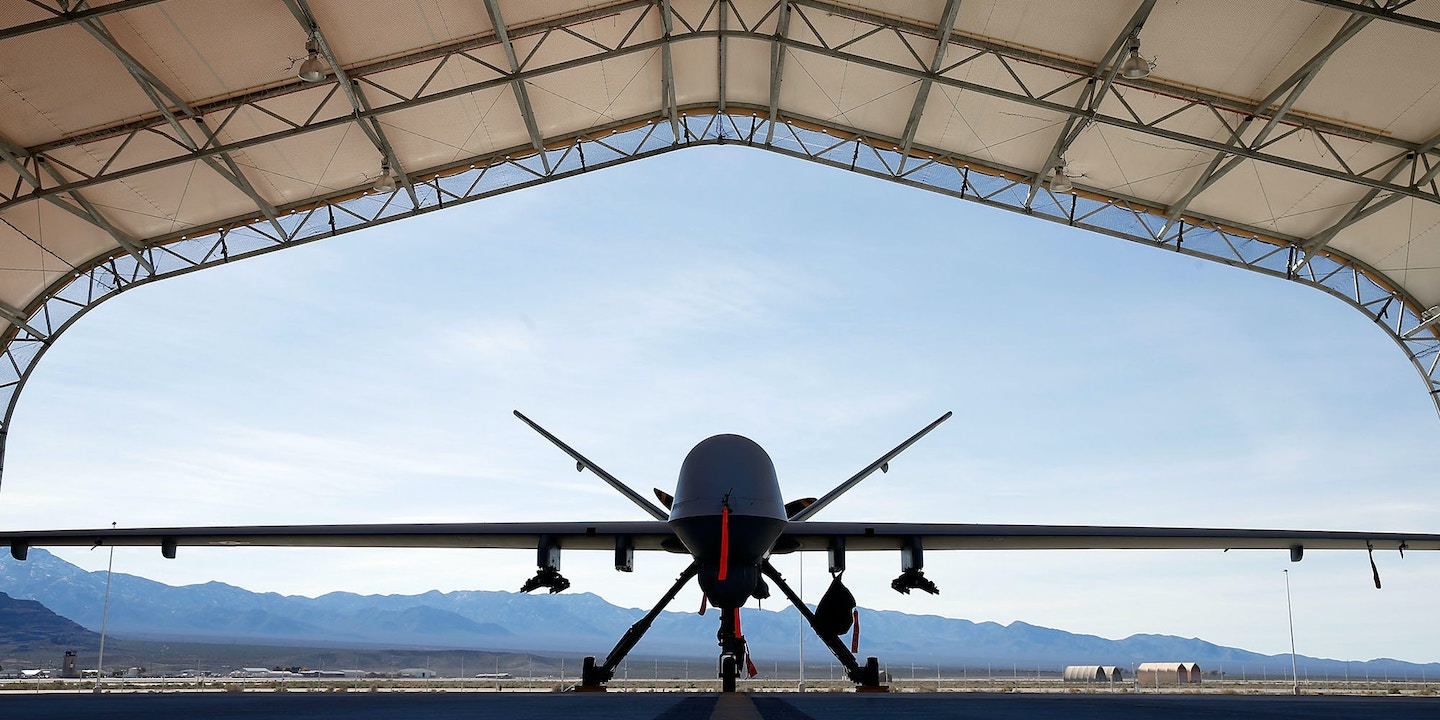 On March 21, first-term Congressman Ro Khanna sent a letter asking the Pentagon’s inspector general to investigate TransDigm, an aerospace supplier he accused of cornering the market on proprietary parts for military aircraft and then jacking up the prices.

The California Democrat charged that TransDigm operates as a “hidden monopolist,” to “enrich a few individual financiers who stand to benefit at the expense of our troops and weapons systems.”

The letter rebounded across Washington and Wall Street. TransDigm stock dropped over 10 percent in two days. The business press highlighted the story; The Huffington Post called TransDigm “The Martin Shkreli of defense contracting.”

In a nation that once saw a senator become president in part because of his investigation of war profiteering — and where memories of the Pentagon buying $640 toilet seats still linger — the story of a greedy corporation ripping off the military seemed to have legs.

But by April 11, TransDigm stock was back up to $236.48, virtually the same level it was at the day before Khanna’s letter. Investors had shrugged off the bad publicity, and the potentially damaging investigation.

It appears that the hedge funds, Wall Street banks, and highly paid executives cashing in on the scheme are confident that they can use the power and influence that comes with big money to prevent public outrage or government investigations from ruining their party.

And so far, they’re right.

TransDigm, based in Cleveland, is more of a private equity-style conglomerate than an aerospace company. The company uses borrowed money to buy companies that make aerospace parts used in both military and civilian aircraft. About 30 percent of its revenue comes from military sales. And according to TransDigm’s 2016 annual report, “about 80% of our sales come from products for which we believe we are the sole-source provider.”

Because the parts are required for aircraft, TransDigm can raise prices after acquisition without any expected loss in sales. For example, it bought a company that makes motor rotors from GE in 2013. After renaming the subsidiary Whippany, TransDigm raised the rotor’s price ninefold, from $654 to $5,474. Similarly, a vibration panel from Aerosonic rose from $67 to $271. A cable assembly from Harco jumped from $1,737 to $7.863.

While the increases are large, they’re not enough to meaningfully affect the total cost of an aircraft, allowing TransDigm’s profiteering to fly below the radar.

The government has rules preventing price gouging from sole-source contractors, by forcing the business to provide information on the cost of production. But TransDigm circumvents this, Khanna and critics allege, through “a network of captive distributors” that create a fake market. Defense procurement officers think they’re choosing between distributors to purchase the part, but the distributors fail to disclose that they all have the same corporate parent: TransDigm. Therefore, government officials don’t know to ask for additional cost information.

The parts aren’t even reliable: an advanced drone keeps crashing, and Air Force officials blame a faulty starter-generator built by a subsidiary of TransDigm.

Though TransDigm’s profits rose 31 percent last year, the company’s debt has tripled since 2012. That’s because instead of paying down debt, profits get siphoned out by executives and shareholders.

CEO W. Nicholas Howley earned $64.2 million in 2013, mostly from dividends on stock options he didn’t even own yet. According to the company’s 2017 proxy statement, Howley received $61.5 million from 2014 to 2016, also mostly from dividend payments and options.

Meanwhile, shareholders enjoyed a “special dividend” of $24 per share in October 2016, a one-time payout similar to what private equity investors receive. TransDigm issued similar cash dividends in 2012, 2013, and 2014.

This financial engineering pleases investors, many of which are hedge funds and other institutional types like Capital World Investors, which just picked up 10 percent of the company. It’s also good for major banks, which finance TransDigm’s debt. In 2016, just one debt offering by TransDigm was handled by Morgan Stanley, Credit Suisse, Citi, UBS, Barclays, Credit Agricole CIB, Goldman Sachs, HSBC, and Royal Bank of Canada. Banks also take fees when hedge funds trade the stock. The entire thing is mutually reinforcing for large financial interests.

TransDigm failed to respond to a request for comment.

The controversy over TransDigm began when Citron Research, a short seller, raised questions about the company’s business model, comparing it to the price gouging of pharmaceutical firm Valeant. Other short sellers piled on.

The Capitol Forum, a subscription-based investigative news service, started writing reports about TransDigm’s tactics, finding, among other things, that TransDigm ran training sessions on how to deny government requests for cost and pricing information.

In March, Matt Stoller, an Intercept contributor and fellow at the Open Markets Program of the New America Foundation, told Khanna about TransDigm. After confirming the situation through independent research, Khanna wrote to the Defense Department.

Investors typically cringe at the prospect of regulatory risk, and initially TransDigm’s stock tanked. But then Wall Street rallied to TransDigm’s cause.

Despite a potential investigation from a major purchaser, analysts have barely changed their recommendations on the stock, and none of them advise investors to sell. For example, Barclays’s Carter Copeland named TransDigm a “top pick” in aerospace just days after the Khanna letter, saying that the company was merely “suffering from the victim of its own success effect.” Barclays is one of the banks involved in last year’s TransDigm debt offering — so while one business line profits from its continued operation, another line touts its stock.

Deutsche Bank has also defended TransDigm from shorts, as has RBC Capital, a division of Royal Bank of Canada, another of TransDigm’s debt handlers. According to Zacks Research, analysts have set an average target price for TransDigm of around $283 a share, far above its current number.

Someone impersonating a reporter from the business outlet Barron’s contacted the Capitol Forum and an investor critic of TransDigm, defending the company’s practices. A friend of the impersonator told Barron’s, “He feels that there are lies being told about TransDigm, and he was seeking to out them.”

TransDigm’s political influence may have also helped tamp down the controversy. CEO Nicholas Howley and his wife have donated over $126,000 to congressional candidates since 2008, mostly to members with a role in shaping the defense budget.

Despite the political attractiveness of uncovering taxpayer waste, nobody on the House Armed Services Committee in either party has commented on Khanna’s letter.

After a lackadaisical House Armed Services Committee hearing on defense contract audit practices last week, Deutsche Bank reiterated its buy rating for TransDigm, confident that “Congress will not create greater regulatory oversight to the detriment of [TransDigm’s] long-term business.” A spokesman for the Democratic ranking member on the Armed Services Committee, Adam Smith, did not return a request for comment.

Despite Wall Street circling the wagons on a lucrative financial play, and Washington standing relatively moot, TransDigm is not entirely out of the woods. The Defense Department inspector general could respond to Khanna’s letter by opening an investigation. The inspector general’s office and DoD public affairs declined to comment.

And then there’s the obscure Pentagon office called Defense Pricing that has been waging a lonely battle on procurement issues for several years. Director of Defense Pricing Shay Assad, a former Raytheon executive, has been called “the most hated man in the Pentagon” for his aggressive scrutiny into what defense contractors charge the government. (Only in Washington can you become “hated” for trying to save taxpayers from being cheated).

Contractors have successfully lobbied Congress to block Assad’s efforts to increase transparency on procurement costs. But Assad would almost certainly be involved in any TransDigm inquiry.

In an interview, Khanna stressed that “we’ve got to have greater disclosure requirements on cost,” a view that aligns with Assad’s goals. “I think [Defense Pricing] is doing great work safeguarding the U.S. taxpayer,” Khanna said.

The congressman also said he plans to introduce in the National Defense Authorization Act a request for the Government Accountability Office to study anti-competitive practices in defense contracting — and he pitched a Truman Committee-type model to combat such problems. “What can we do to ensure people aren’t jacking up prices?” Khanna said.

With President Trump asking for a $54 billion increase in defense spending, the potential for epic waste is possibly greater than ever before. And the TransDigm experience thus far shows the influence of the financial industry as a political and economic machine ensuring and even amplifying the waste of tax dollars as long as they can reap the rewards.

Top photo: An MQ-9 Reaper remotely piloted aircraft (RPA) is parked in an aircraft shelter at Creech Air Force Base in Indian Springs, Nevada, on Nov. 17, 2015.