The brutal lynching of a journalism student in Pakistan alarmed civil society activists concerned by the corrosive effects of the nation’s blasphemy law. 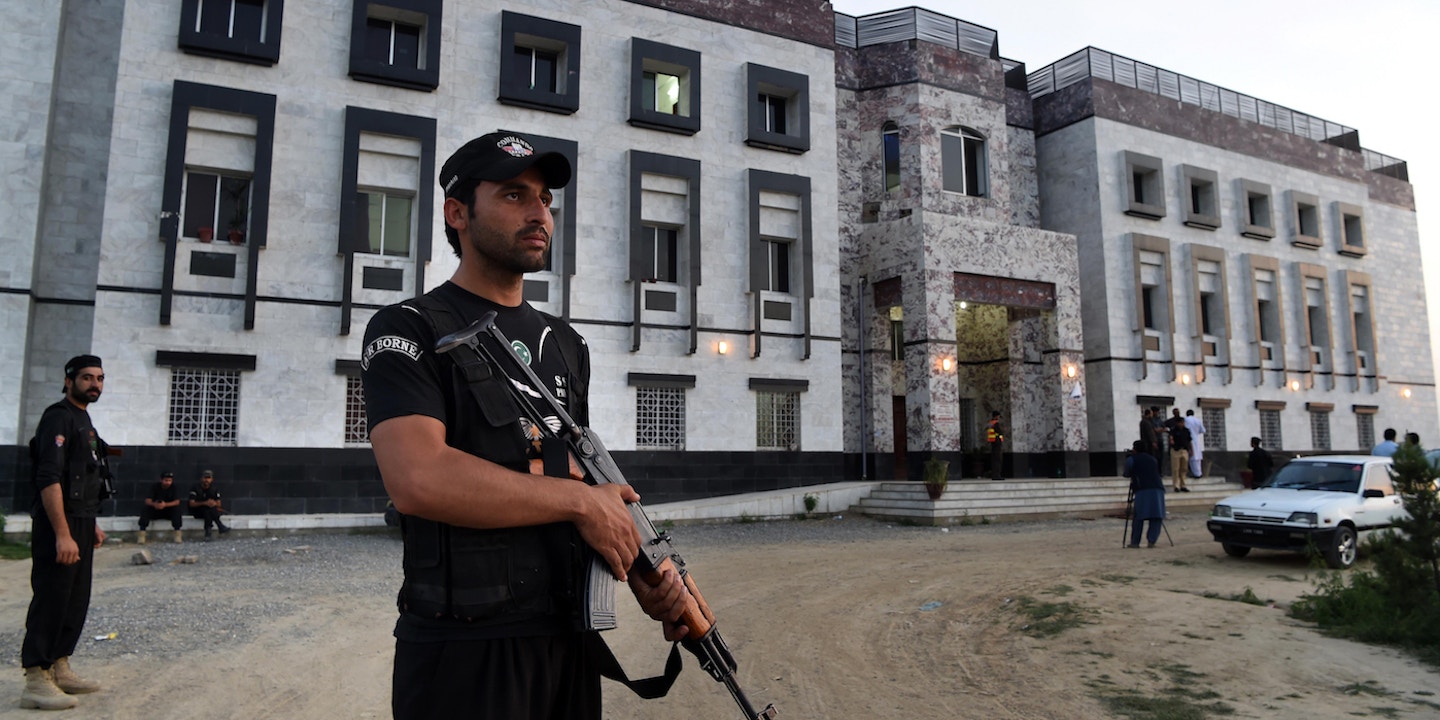 The brutal lynching of a journalism student by classmates at a Pakistani university on Thursday, shortly after he was accused of blasphemy by administrators, appalled civil society activists, and provided new evidence of the corrosive effects of the nation’s strict blasphemy laws.

Mashal, a bright, young man was killed by his fellow students in #Mardan #Pakistan for alleged #blasphemy. Our education system.. pic.twitter.com/uxziRaPN0L

The murdered student, Mashal Khan, 25, was reportedly shot and beaten to death by a mob numbering in the hundreds, enraged by an apparently false rumor that he had been “promoting the Ahmadi faith on Facebook,” a witness to the killing told Dawn, a Pakistani newspaper. The Ahmadis are a minority sect rooted in Islam declared non-Muslims under the Pakistani Constitution and considered heretics by fundamentalists. It is unclear how Khan, a professed Sufi Muslim who recently shared images of Sufi dervishes on Facebook, was mistaken for a member of the persecuted Ahmadi sect.

Video of the mob that killed Khan chanting an anti-Ahmadi slogan on campus was obtained by Dawn.

The assistant registrar of the university posted an official notice online earlier in the day saying that Khan, a vocal critic of the school’s administration, had been suspended along with two other students pending an investigation into alleged “blasphemous activities.” As one observer noted, given the spate of killings of anyone accused of blasphemy in recent years, that notice was essentially “a death warrant.”

AWKUM admin alleges a vocal critic with "blasphemous activities" in a circular. This is a death warrant, & the undersigned knew it. #Mashal pic.twitter.com/MqhDniY3y9

One of Khan’s teachers told Reuters that he was “brilliant and inquisitive — always complaining about the political system of the country — but I never heard him saying anything controversial against the religion.”

After his killing, some speculated that the unexplained blasphemy investigation could have been prompted by his recent criticism of the university’s administrators.

Mashal was talking to @KhyberNews two days before his death &he was critical of Uni admin then admin issued blasphemy letter against him pic.twitter.com/h4K39OqA9P

A core group of about 10 students, shouting religious slogans, stripped Khan in the presence of police officers and continued to beat him with planks until his skull was crushed, a deeply distressing video posted on Facebook showed.

The lynching, and the frenzied pummeling of the dead man’s body after it, was recorded in graphic detail by multiple witnesses who shared brutal images of the mob violence on social networks.

Beena Sarwar, a Pakistani journalist, reported that rumors had started circulating on Thursday morning “about Mashal’s alleged ‘gustakhi’ – literally disrespect, but in the context of Pakistan, blasphemy.”

Concerned, some of his teachers had driven him away from campus to another location, but Mashal returned to his hostel, saying, “I have done nothing wrong, why should I hide?”

When the mob came for him, he stood no chance. The police too said they were helpless. Hopelessly outnumbered and inadequately trained, the best they could do for Mashal was to prevent the mob from burning his battered body, which they took away even as dozens of charged young men demanded it back.

This violence – for which there is no justification morally, legally or religiously – falls into a familiar pattern. It starts with rumours that the person has committed some kind of blasphemy. A mob is gathered and incited to attack the accused. While there have been several such instances in the past, this is the first time that students at a university campus have succumbed to the ‘poison in the body politic‘ that Pakistan has been witnessing for some time.

Khan, who described himself on Facebook as a humanist, was an award-winning student who had completed a degree in engineering in Russia before returning home to enroll in a master’s program in communications at Abdul Wali Khan University in Mardan, not far from Peshawar, the regional capital of Khyber-Pakhtunkhwa Province. He did so, according to a family friend writing on Facebook, because “he thought that he could be of use” through public service. “This is what words and knowledge do to you,” the family friend added, “it makes you an idealist, making you throw away your immediate self-service and forcing you to strive for a progressive society.”

The more I Know the people, The more I love my Dog.

Khan was buried on Friday, as the police announced that eight suspects in his murder had been arrested, and at least 12 more were wanted.

In dignified remarks at the funeral, Khan’s father, Mohammad Iqbal, told reporters that his son was a journalism student and only questioned the system because he wanted a more just society. “We are peaceful people and believe in peace,” he said. “If there was any honor in fighting, a dog should lead us, because who fights better than a dog,” he added.

Mashal's father; even if I don't get justice it's fine, his death will raise awareness. Because you can't put chains on the rays of sunlight

The victim was mourned online by friends, including one who witnessed his murder, and by Pakistanis distressed at the spread of religious fundamentalism in their society.

Going thru Mashal Khan's posts on FB and Twitter, he comes across as a very compassionate, intelligent person. A humanist killed by animals. pic.twitter.com/ToFPsNRGV3

Still shaken by Mardan. This is what happens when a govt tells its people it's justified to be uncontrollably enraged by alleged blasphemy.

In the past students would hold the Pak state to account. After yrs of brainwashing they now help it kill dissenters for 'blasphemy' #Mardan

Protesters, who put part of the blame on elected officials for currying favor with extremists by calling for strict enforcement of the nation’s blasphemy law, which makes the crime a capital offense, rallied in Peshawar, Lahore, Karachi and Islamabad.

Meanwhile, near the spot where Khan was killed, a reporter for Dawn, Manzoor Ali, noticed that there was a poster celebrating Mumtaz Qadri, a police officer who became a hero to fundamentalists in 2011 for killing Salman Taseer, the governor of Punjab Province, because of the politician’s outspoken defense of a Christian woman convicted of blasphemy.

A poster at the entrance of Abdul Wali Khan University #Mardan. pic.twitter.com/3FEHGIdJKY

Top Photo: Police officers stood guard outside a dormitory at the Abdul Wali Khan University in Mardan, where a lynch mob murdered a classmate known for his progressive views on Thursday.