Questioned about WikiLeaks’s aggressive targeting of Hillary Clinton, Assange rejected the notion that he went after her for personal reasons. 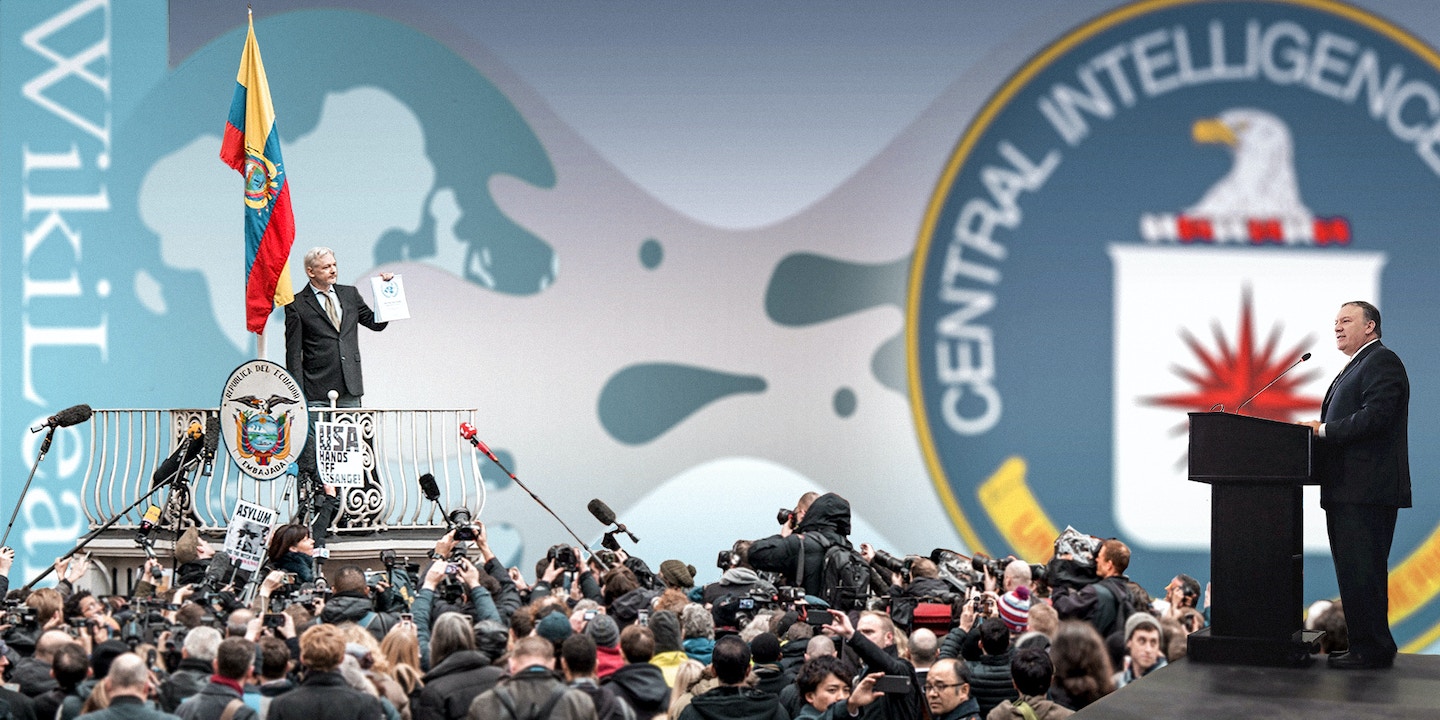 WikiLeaks founder Julian Assange is hitting back at Trump’s CIA director Mike Pompeo following a speech last week in which Pompeo accused WikiLeaks of being a “hostile nonstate intelligence agency” operating outside of the protections of the First Amendment. “We can no longer allow Assange and his colleagues the latitude to use free speech values against us. To give them the space to crush us with misappropriated secrets is a perversion of what our great Constitution stands for,” Pompeo declared, adding an ominous assertion: “It ends now.”

Speaking from the Ecuadorian embassy in London, where he has been living since June 2012, Assange said Pompeo appeared to be issuing a threat. “So how does he propose to conduct this ending? He didn’t say. But the CIA is only in the business of collecting information, kidnapping people, and assassinating people. So, it’s quite a menacing statement that he does need to clarify,” said Assange.

Assange made the remarks during an exclusive interview for the Intercepted podcast. “The reason why Director Pompeo is launching this attack, is because he knows we’re in this series exposing all sorts of illegal actions by the CIA,” Assange said, referring to WikiLeaks ongoing publication of secret CIA hacking documents as part of its “Vault 7” project. Pompeo, he said, is “trying to get ahead of the publicity curve and create a preemptive defense.”

When he watched Pompeo’s speech, Assange said he was struck by what he perceived as a lack of gravitas. “We thought it was quite a weak speech in that it put Director Pompeo, it put the CIA, in a position where they looked like they were frightened and worried that we were the better intelligence service,” Assange said.

Regarding Pompeo’s declaration that WikiLeaks was not entitled to First Amendment rights, Assange said: “For the head of the CIA to pronounce what the boundaries are, of reporting or not reporting — is a very disturbing precedent. The head of the CIA determining who is a publisher, who’s not a publisher, who’s a journalist, who’s not a journalist, is totally out of line.”

In the wide-ranging interview, Assange discussed the allegations that WikiLeaks was abetted by Russian intelligence in its publication of DNC emails, his alleged relationship with Roger Stone and his newfound admirers on the right, from FOX News to Sarah Palin and Donald Trump.

Assange said that if WikiLeaks had obtained a cache of RNC emails, it would have published those as well. “Just imagine if WikiLeaks had obtained information that it knew was true about the Democratic party and corruption of the primary process, and it decided that it was not going to publish that information, but suppress it — it would be completely unconscionable,” he said. “We specialize in really big scoops. You can’t go, ‘Oh, we have this massive scoop about corruption in the DNC. Now we need to balance this with a massive scoop about corruption in the RNC.’ These things come along once every few years.”

Questioned about WikiLeaks’s aggressive targeting of Hillary Clinton, Assange rejected the notion that he went after her for personal reasons. “I’ve never met Hillary Clinton,” he said. “I think I’d probably like her in person. Most good politicians are quite charismatic in person. In some ways she’s a bit like me, She’s a bit wonkish and a bit awkward. So maybe we’d get along.”

The entire conversation with Assange can be heard on the latest episode of Intercepted.