The company is using a $1 billion U.S. jobs pledge as a way to promote an enormous tax break for itself. 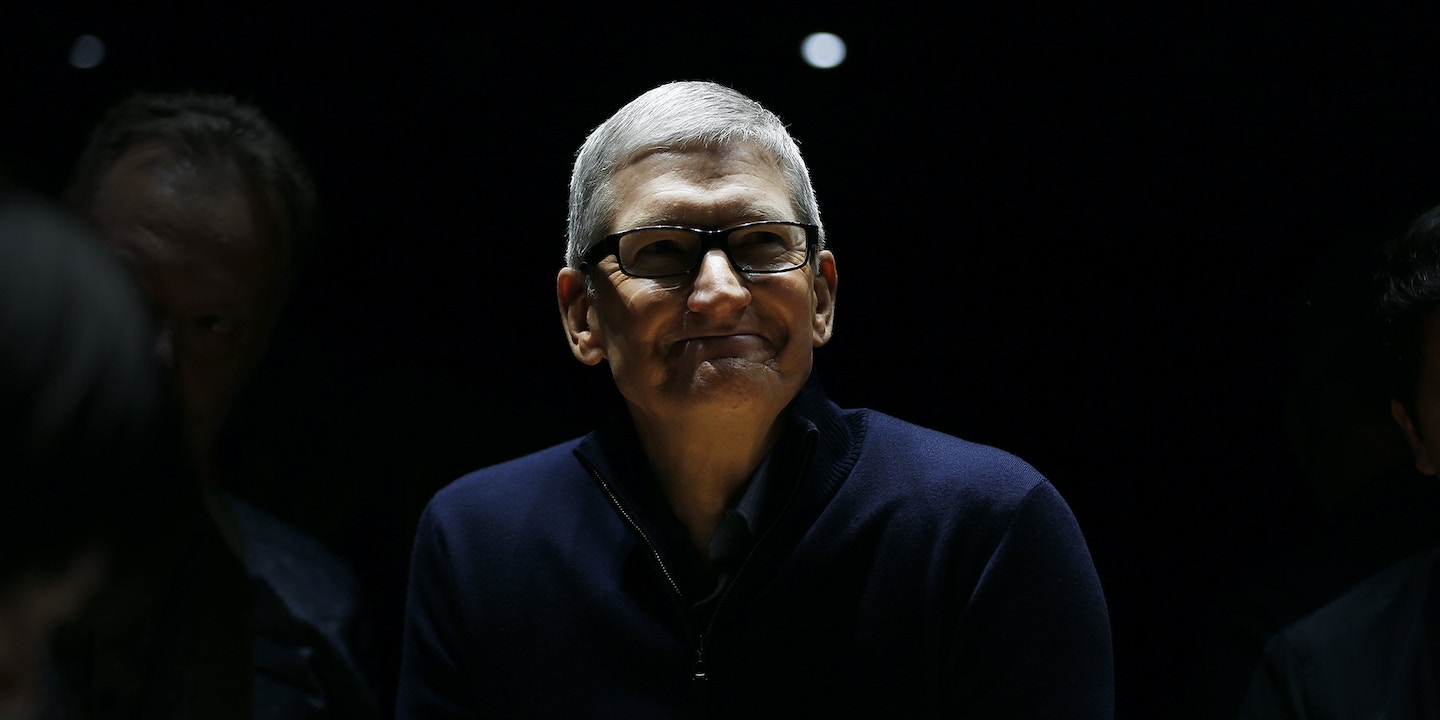 In an exclusive interview with CNBC’s resident stockmonger Jim Cramer, Apple CEO Tim Cook made a proud announcement: His company will begin to invest $1 billion to create new jobs in the United States, as opposed to on the other side of the world, where its iPhones, iPads and laptops are made. Cook will be lauded for this, and yes, jobs are good. But don’t think for a moment this isn’t about saving Apple a buck in the long run.

“I’m proud to tell you that we’re creating an advanced manufacturing fund,” Cook told Cramer from Apple’s Cupertino, California headquarters. “We’re initially putting $1 billion in the fund.” This ostensible decision of the heart very clearly became something more strategic, as Cramer noted that while a billion is a big number, it’s relatively tiny given Apple’s liquid war chest, which now tops $250 billion in cash. Cook’s reply: “It’s $1 billion of our U.S. money, which we have to borrow to get, that’s another whole topic.”

Why would a company with $250 billion in cash need to borrow 1/250th of that in order to launch its vaunted U.S. jobs program? According to Cook, it’s because the company is a victim of its own success:

If you earn money globally, you can’t bring it back into the United States unless you pay 35 percent plus your state tax. And you look at this and you go, ‘This is kind of bizarre.’ You want people to use this money in the United States to invest more. We are in a good position, but an unusual one. Our good position is we can borrow. And so to invest in the United States, we have to borrow. This doesn’t make sense on a broad basis, and so I think the administration, you saw that they’re really getting this and want to bring this back and I hope that that comes to pass.”

And there it is. “We have to borrow” is of course, untrue. The company could repatriate its vast offshore holdings — which it’s accumulated deliberately, through years of byzantine tax-dodging schemes — but would then have to pay taxes to the IRS, which might bump Apple down from The richest corporation in the history of capitalism to merely One of the richest corporations in the history of capitalism. It’s why Cook has contorted himself in recent months, showing a willingness to collaborate directly with Trump insofar as the president could cut Apple a sweet tax repatriation deal (splashy headlines about domestic job creation will help, too). Asked if Cook’s relationship with the White House is one of “give and take,” despite the fact that Trump’s administration has a clear disdain for a large swath of Apple’s employees, the privacy of people who use his phones, and even Cook’s identity as a gay man, his reply is pretty straightforward:

“You know, again, I think with each administration in every country in the world, there are things you disagree and things you agree, and you look to find common ground and try to influence the things you don’t.”

In other words: Cook’s Apple will hold its nose and play nice as long as it takes in order to bring home its billions.