The Forgotten History of Cinco de Mayo: It’s Not About Beer, It’s About Rich Countries Strangling Poor Ones 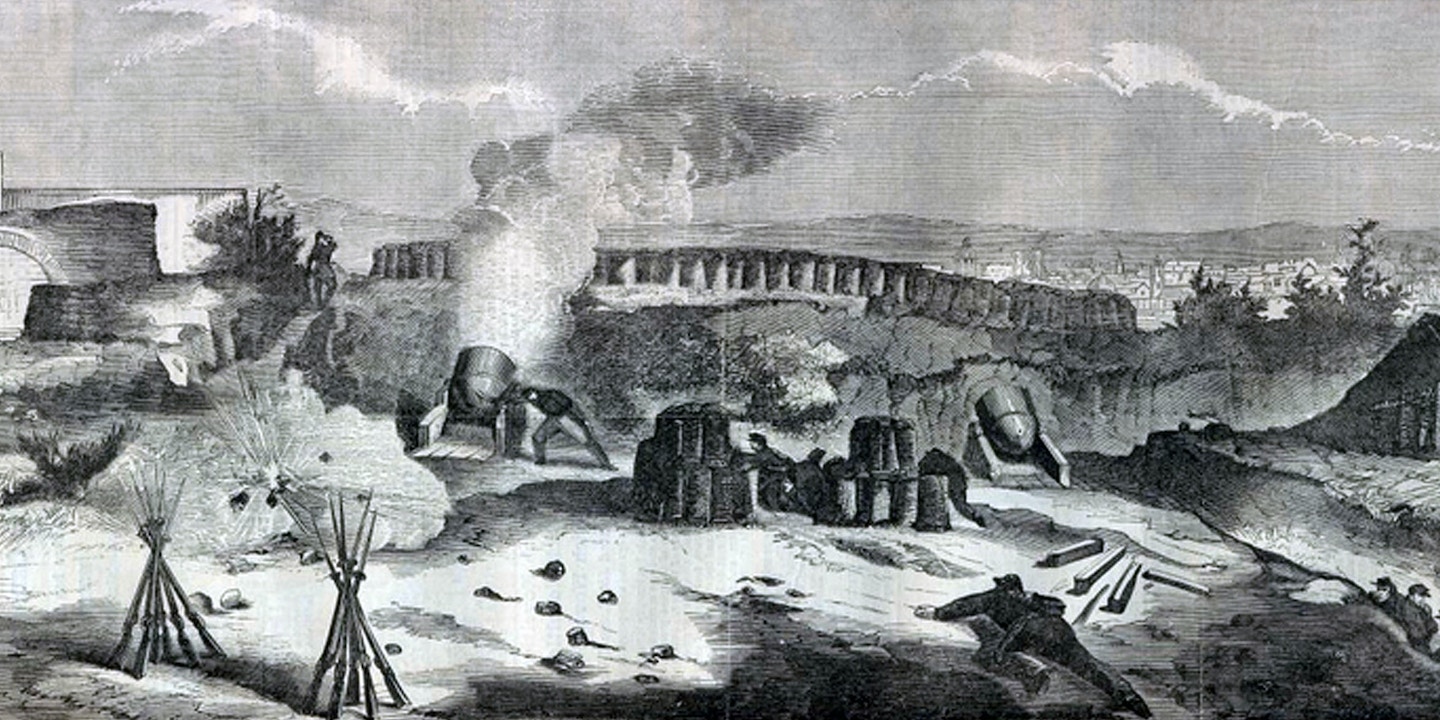 Today is Cinco de Mayo, May 5. To the degree most Americans think about it all, it’s as a day to drink lots of Mexican beer.

But the forgotten history behind Cinco de Mayo is fascinating and remains extremely relevant today. In fact, it’s so relevant for small countries around the world that it’s hard not to believe that’s exactly why it’s been forgotten.

Cinco de Mayo celebrates the victory of Mexican troops over the invading French army at the Battle of Puebla southeast of Mexico City on May 5, 1862. Because the Mexican soldiers were badly outnumbered and outgunned, the unexpected triumph was a watershed in forging the country’s national identity. (Militarily it wasn’t that significant — the next year France captured the Mexican capital and installed a member of the Austrian nobility as Maximillian I, “Emperor of Mexico.”)

But here’s important part for everyone else to remember today: France was invading Mexico essentially because Mexico owed France money.

Mexico had borrowed enormous amounts from Europe during the Mexican-American War from 1846-8 and in a civil war from 1858-61. By 1862 it was impossible for the government to make timely payments on the loans without starving the country, and Mexican president Benito Juárez declared that all payments on foreign debt would be suspended for two years. 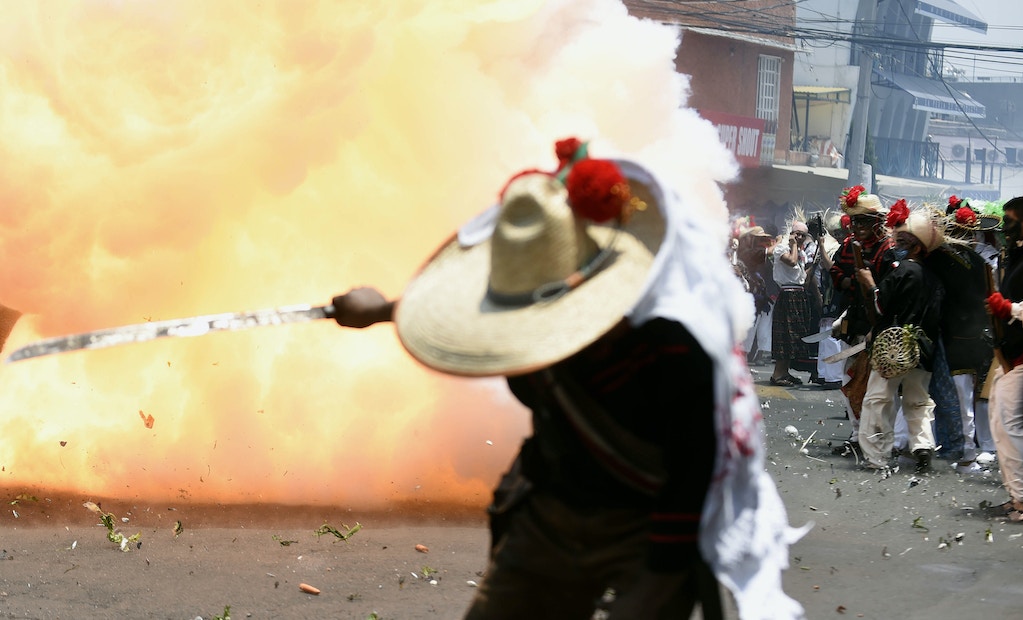 Artists take part in the reenactment of the Battle of Puebla -Mexico’s victory over France in 1862- during its anniversary celebration at Penon de los Banos neighbourhood in Mexico City, on May 5, 2016.

Getting into unsustainable debt is not something unique to Mexico; countries have done so over and over throughout history, particularly during wars. The U.S. borrowed more than we could ever repay from France and the Netherlands during the Revolutionary War, and the U.K. borrowed far beyond its means from the U.S. during World War I.

When this happens, it’s far better for both the debtors and creditors to organize some kind of default rather than forcing the debtors to pay all the money back on the original terms. The advantage for debtors is obvious. More intelligent creditors understand it’s also good for them, because they generally don’t have a choice between getting all or just some of their money back. Instead, it’s a choice between getting some of it back or much less.

To understand why, imagine loaning too much money to a software engineer. If you demand that the engineer sell all their computers to make interest payments, you’re unlikely to get much more money after that.

And indeed both the U.S. and U.K. defaulted to varying degrees after their wars. Likewise, in 1862 the U.K. and Spain agreed to accept less than they were formally owed by Mexico.

France, however, invaded Mexico in an attempt to get all its money back, which is why French troops were there for the Battle of Puebla on May 5.

In a sense, the invasion was admirably honest. International relations are often like organized crime on a gigantic scale, but people pretend otherwise. Here there was no pretense: The loanshark’s enforcers beat the crap out of an entire country.

By contrast, creditors today have institutions like the International Monetary Fund, which has often functioned as a creditors’ cartel — squeezing countries until they pay back their debts. This often involves lots of people dying … but in quiet ways, without armies involved.

One famous example is the East Asian financial crisis of 1997. Indonesia, Thailand, and South Korea in particular had borrowed large amounts in foreign currencies. When lenders cut off their line of credit, many countries were forced to go to the IMF for loans. The IMF provided them, but only under extremely onerous conditions called “structural adjustment” — jacking up interest rates and slashing government spending. This slowed Asian economies tremendously, essentially reorganizing the entire region in an attempt to pay off their creditors in full. The similarity of this to colonial invasions of the past was unmistakable, at least to people in East Asia. The photo of IMF Managing Director Michel Camdessus standing with his arms folded over Indonesian dictator Suharto as he signed on the dotted line became notorious; even Indonesians who understandingly despised Suharto were not eager to see him kowtowing to another European overlord.

And beautifully enough, Camdessus is French — so he was carrying on his country’s heritage, just without the messy wars of the past.

This history is even relevant to Americans today, despite the wealth and power of the United States. We’re now in deeper and deeper hock to other countries, with our foreign debt level approaching 100 percent of the size of our economy.

This actually has little to do with federal government’s debt; the foreign debt is due to the U.S. dollar being overvalued, and reducing the government’s borrowing wouldn’t change much about that. Moreover, the great majority of our foreign debts are denominated in U.S. dollars, something of which we have an infinite supply. Economist Dean Baker, co-director of the Center for Economic and Policy Research, also points out that “We still have a net positive income flow” because “our foreign assets earn much more than the U.S. assets that are foreign owned. We have a long way to go before this is a serious issue.”

But it’s certain that conservatives will use confusion over this point in the future to claim that we absolutely must raise interest rates and cut government spending on Social Security and Medicare — that is, to claim we must undergo something akin to the IMF’s structural adjustments in order to keep our foreign creditors happy.

This seems counterintuitive, of course, since that will make the U.S. a poorer, weaker country. Why would conservatives do that?

The answer comes from the history of Cinco de Mayo: Many conservative Mexicans elites actually supported the French invasion and the onerous conditions necessary to pay back the debt. The conservatives had just lost the civil war to the liberals, and preferred gaining power in a damaged country under a foreign thumb to sharing power in an independent, thriving one.

So when you break out the Corona this afternoon, keep this in mind. Cinco de Mayo should teach us that international politics is always and everywhere about money, and that when you fight against foreign influence you need to be careful you don’t get shot from behind.

Top photo: This image depicts the Battle of Puebla between Mexican forces and invading French forces that took place on May 5, 1862.