In a court hearing, the government claims “state secrets” would be revealed if CIA Deputy Director Gina Haspel is deposed in the torture case against two contractors. 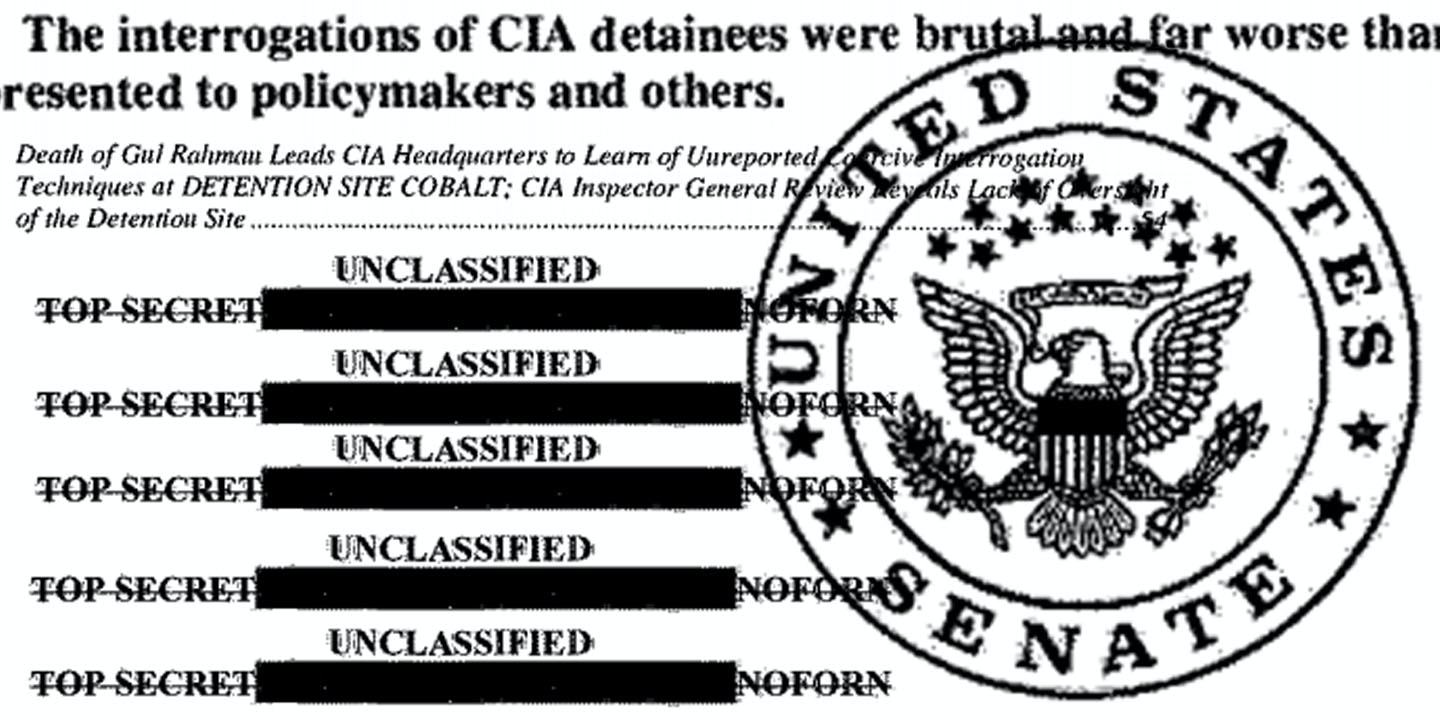 More than eight years after President Obama formally ended the CIA’s torture program, the Trump administration is fighting to block the CIA’s new deputy director from providing a deposition about her role in pioneering the agency’s most abusive torture techniques.

The Trump administration appointed Gina Haspel as deputy director of the CIA in February, attracting criticism from human rights advocates due to her former role in abusive interrogations. The move was interpreted as a public sign of the administration’s approval for some of the CIA’s most brutal abuses after the 9/11 attacks.

Haspel is being called to provide a deposition by James Mitchell and John “Bruce” Jessen — two contract psychologists who made tens of millions of dollars for their work shaping the CIA’s torture program. The ACLU is suing Mitchell and Jessen on behalf of three former CIA detainees — one of whom died in captivity in 2002 after being beaten and doused with cold water.

Lawyers for Mitchell and Jessen claim that everything the psychologists did was authorized by the CIA, and that Haspel would confirm that if the court ordered her to give a deposition. Lawyers are also seeking numerous documents, and a deposition from James Cotsana — a retired CIA official whom Mitchell and Jessen identified as their direct supervisor.

Haspel ran a secret prison in Thailand in 2002, part of the CIA’s global network of “black sites.” That prison — codenamed “DETENTION SITE GREEN” by Senate investigators — was the site of the CIA’s first prisoner interrogations after the 9/11 attacks, and Haspel supervised them. She later took part in covering up the abuses, helping to destroy 92 videotapes of interrogations against the Senate’s wishes.

The Senate torture report does not mention Haspel by name, but details the role of the prison’s station chief in the horrific torture of detainee Abu Zubaydah, who the CIA waterboarded until he became “completely unresponsive, with bubbles rising through his open, full mouth.”

Mitchell and Jessen were the ones who waterboarded Zubaydah, and described the interrogation as “a template for future interrogations of high-value captives” in a cable to the CIA. Zubaydah’s interrogation was held up as a model, and similar techniques were used on many of the 119 detainees the CIA had in its custody.

Dror Ladin, a staff attorney for the ACLU, argued that there’s no need to depose Haspel and Cotsana because it would not affect Mitchell and Jessen’s responsibility for torture. “It’s never been a defense in a torture or a war crimes case to say ‘I was following instructions,’” said Ladin. “This case has never been about that. It was about the design of the program, its testing on Abu Zubaydah, the use of those techniques on our clients.”

For more than a decade, the Bush and Obama administrations have used the state secrets privilege to block numerous lawsuits against government agencies and the architects of the torture program. To this day no victim of CIA torture has ever obtained compensation for their treatment.

Activists in Milwaukee are determined to prevent a repeat of Wisconsin’s April primary, held at the height of the Covid-19 pandemic.

“We’re Not a Democracy”

Four years ago, the nation tumbled down the Trump rabbit hole. We’ve been lost in the dark so long it‘s hard to know which way is up.