The former president and Vermont senator spoke at an event at the Carter Center on Monday night. 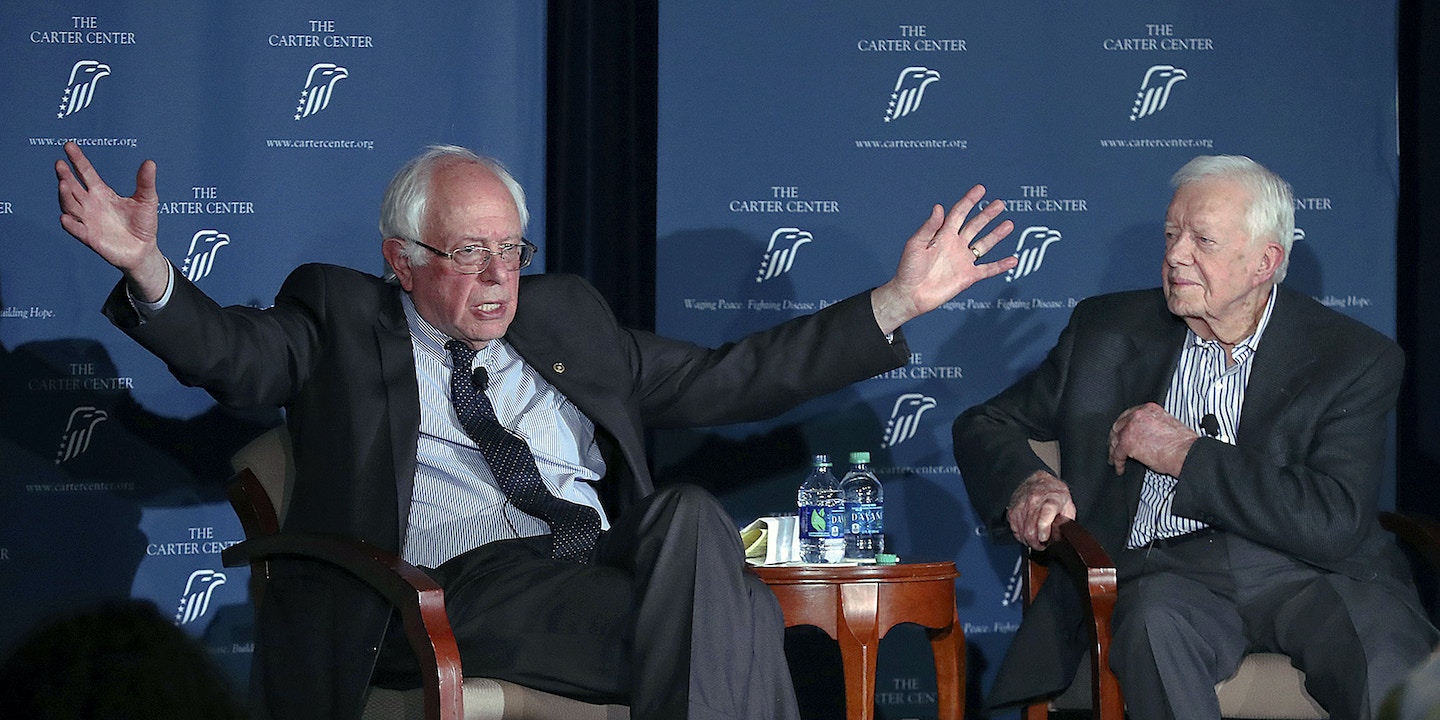 On Monday night, one day after the far-right Marine Le Pen lost France’s presidential election but garnered a record number of votes for her political party, Bernie Sanders and Jimmy Carter sat down together to discuss rising authoritarianism across the globe.

The two spoke at the Carter Center, in a discussion that was streamed online.

Asked by the moderator about the rise of authoritarian politics in the United States and elsewhere, both the Vermont senator and former president agreed on a single root cause: political and economic inequality.

“I agree with everything that President Carter said,” Sanders replied.

“Look, here is the situation. You got all over this country tens of millions of people who are extremely angry and they are disappointed. Now we all know as a result of technology workers are producing more today than they did 20 or 30 years ago. Yet despite that you’re seeing people work not 40 hours a week, they’re working 50 or 60 hours a week. Their wages are actually going down!”

Carter and Sanders’s belief that inequality breeds authoritarianism is backed by evidence from France’s recent election.

A post-election examination of France’s presidential contest by the New York Times found that Le Pen’s support “was strongest in areas with high unemployment and low wages.” A regression analysis by The Economist came to similar conclusions.

Sanders and Carter disagreed on little during the night’s discussion, leading the former president to admit who he supported in the Democratic presidential primary.

“Do y’all see why I voted for him?” Carter joked, as the audience laughed.