As Trump Travels to Saudi Arabia, the Kingdom’s D.C. Lobbying Surge Is Paying Off 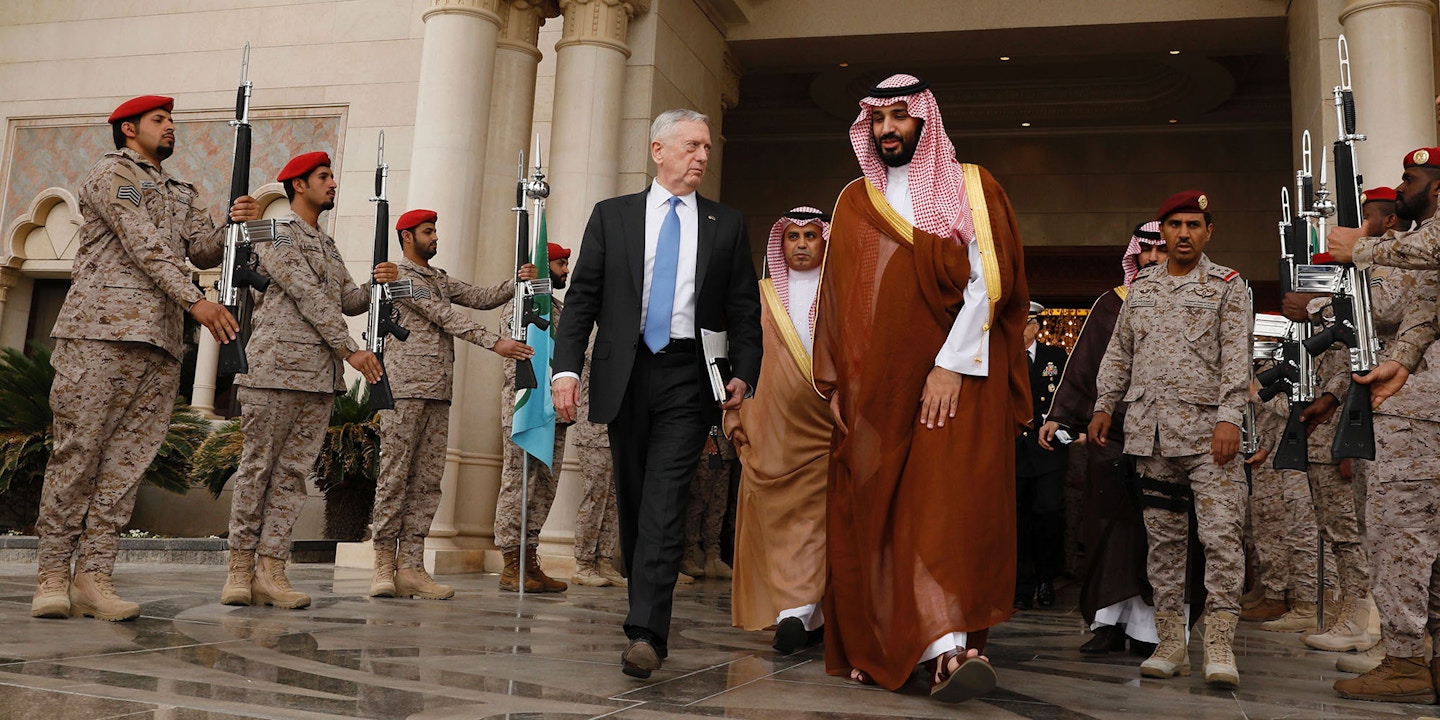 An examination by The Intercept of lobbyist disclosures filed with the Department of Justice under the Foreign Agents Registration Act shows that Saudi Arabia has greatly expanded its spending on influence peddling during the past two years. Since 2015 the kingdom has expanded the number of foreign agents on retainer to 145 individuals, up from 25 registered agents during the previous two-year period.

Perhaps not coincidentally, President Trump, who less than a year ago vilified Saudi Arabia’s influence over the American political establishment, is now marching to the Saudi lobbyists’ tune.

The selection of Saudi Arabia as the first foreign nation Trump will visit as president when he embarks on his maiden overseas trip is just the latest example of Trump changing his behavior to embrace a country responsible for widespread human rights violations, a growing humanitarian crisis in Yemen, and the export of an intolerant form of Islam.

Gone are the days when Trump mocked a prominent member of the Saudi royal family for wanting to “control our U.S. politicians with daddy’s money,” openly alleged that the kingdom was behind the September 11 terror attacks, and demanded that the U.S. receive free oil for protecting the Saudi elite. During his trip this week, Trump is expected to give an address that backs the Saudi government as a strong Muslim ally and a partner in the fight against extremism.

Like others seeking to influence the U.S. government, Saudi Arabia invests in lobbyists with close connections to both major political parties. They include a wide array of former Democratic and Republican elected officials, retired government officials, and even former journalists.

The expansive Saudi lobbying team has attempted to shape the debate on issues as varied as whether the victims of the September 11 attack may file a lawsuit against Saudi Arabia, arms deals used for the ongoing Saudi-led war in Yemen, and Trump’s upcoming trip to Riyadh this weekend.

Ed Rogers, the chairman of the BGR Group, a lobbying firm on a $500,000 annual retainer from the Saudi government, hailed the trip in a column for the Washington Post on Tuesday, calling the chosen destinations for Trump’s travel “opportune settings for this administration to make a bold statement to the world that the United States is stronger and more committed than ever to leading.”

Arabia Now, a website and social media network operated in part by a Republican digital media firm retained by the Saudi Embassy, began quickly producing content to promote the trip almost as soon as it became public. “With the recent announcement by President Donald Trump that Saudi Arabia will be the first destination of the Trump administration’s inaugural foreign visit, the White House has affirmed the enduring partnership between Saudi Arabia and America,” blared the website on Monday.

Fahad Nazer, a registered Saudi lobbyist, used his Twitter feed to help unveil a new website, hashtag, and logo to promote Trump state visit. The site features a countdown clock for Trump’s visit along with options for promoting pictures and positive stories about the U.S.-Saudi relationship. Previous disclosures show that consultants tapped by the Saudi government have contracted digital agencies that specialize in native advertising, a marketing technique that presents sponsored content into a news format.

And of course influencing the general public isn’t the only goal of Saudi lobbyists. FARA filings show they also inundate members of Congress and federal officials with meetings, dinners, and emails.

The Glover Park Group and several lobbyists from Brownstein Hyatt Farben Schreck, including a former top aide to former Speaker John Boehner, made 350 contacts over a short period of several weeks with Congress over the Justice Against Sponsors of Terrorism Act. The contentious legislation, which allows the families of terror victims to bring state sponsors of terrorism to court, was strongly opposed by the Saudi government but passed last year over President Obama’s veto.

Saudi Arabia mobilized a massive lobbying effort against JASTA, and also marshaled the support of former military leader leaders and executives from U.S. firms with business interests in Saudi Arabia, including Dow Chemical and Boeing, to protest the bill.

After passage of JASTA, filings show that Saudi lobbyists arranged all-expense paid luxury trips for veterans to travel to Washington to lobby for amending and defanging the law.

Numerous veterans who participated in the effort say they were misled by the Saudi lobbyists, who denied Saudi Arabia was involved in the advocacy campaign. As part of the same campaign, identical letters to the editor and letters to lawmakers against JASTA, supposedly written by military veterans, copied the same language over and over again, a pattern that suggests the letters were written by the lobbyists.

For the upcoming trip to Saudi Arabia, Saudi lobbying priorities may veer towards securing an increased military partnership with the Trump administration, particularly regarding the Saudi war against Yemen. Axios is reporting that Jared Kushner has met with Deputy Crown Prince Mohammed bin Salman to discuss the sale of munitions for the war, as well as a Saudi commitment to buy $110 billion in U.S. weapons over a 10-year period.

Soon after Trump was elected, Qorvis MSLGroup distributed a newsletter touting the warm relationship between the newly-elected president and Saudi leaders. In the same packet distributed to reporters, the newsletter proclaimed that Saudi Arabia is “leading international efforts to rehabilitate the health sector in Yemen and provide life-saving care to injured and ill Yemenis.”

International observers paint a starkly different picture. The war in Yemen has resulted in more than 8,000 casualties, mostly civilians. Medical facilities have been repeatedly attacked by Saudi-led coalition airstrikes. The ongoing assault on the country has raised the risk of more than 14 million running out of food, and cholera outbreak has already killed at least 34 people.

Moreover, the disclosed records are only the tip of the iceberg of Saudi Arabia’s campaign to influence U.S. politics. Saudi donations to think tanks, universities, and political foundations are not covered by the FARA law. And Trump’s sprawling business empire and network of associates provides other opportunities for establishing relationships. Not long after Trump’s election victory, Saudi’s lobbyists began booking rooms in the Trump International Hotel in Washington. And last month Michael Cohen, Trump’s longtime personal lawyer at the Trump Organization, signed on to work with Squire Patton Boggs, a firm retained to lobby on behalf of the Saudi Kingdom.