A report from the State and Justice departments confirmed what the DEA has long denied, that its forces killed four civilians in a drug raid on the Mosquito Coast of Honduras. 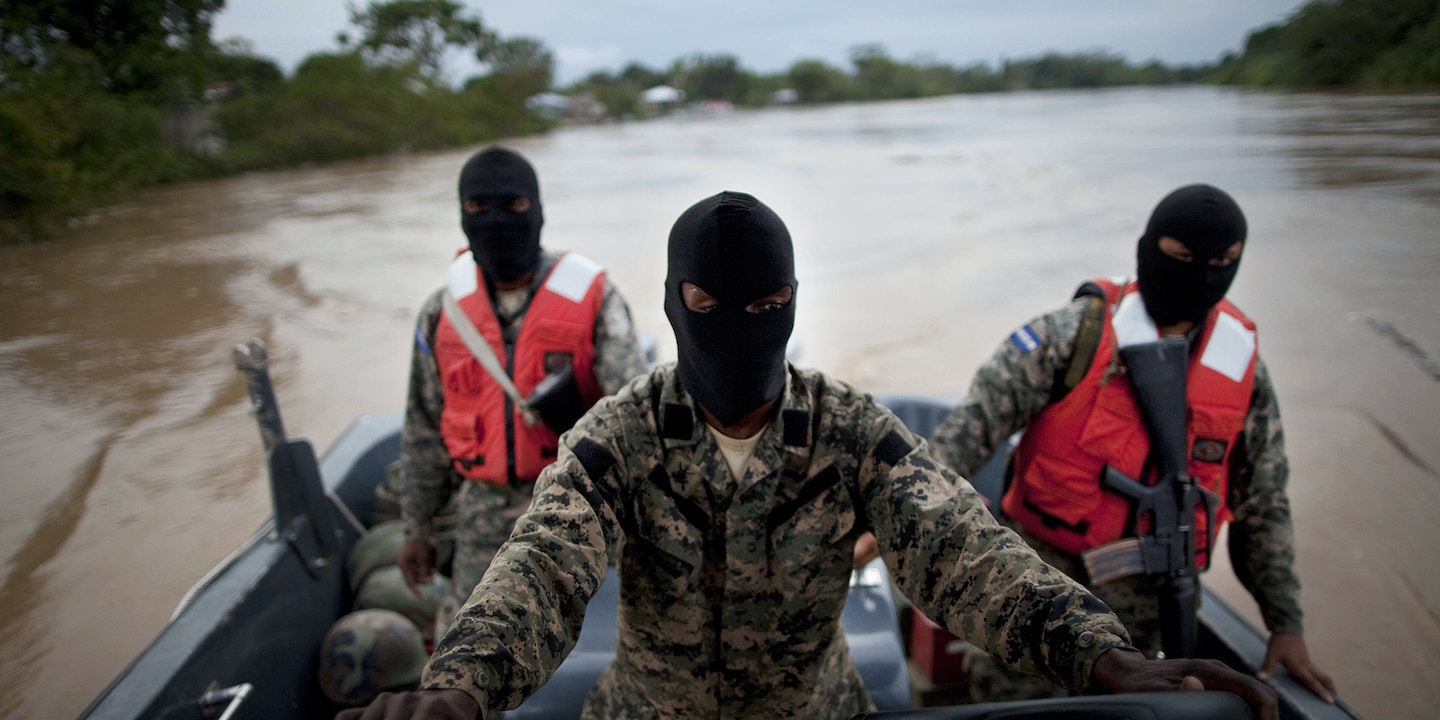 The Drug Enforcement Administration repeatedly lied to Congress about fatal shooting incidents in Honduras, including the killing of four civilians during a DEA-led operation, according to a devastating 424-page report released today by the inspectors general for the State and Justice departments. The report depicts how the DEA withheld information from the U.S. ambassador in Honduras, passed incorrect information up the chain of command, repeatedly misrepresented the U.S. role as an adviser in what was actually a U.S.-led operation, recruited an informant to back up the DEA’s version of events and then stuck by the informant’s story despite its “inconsistent and contradictory accounts.” The DEA told Congress that its informant had passed a polygraph test, but the report concludes that test was undocumented and “largely useless.”

Most importantly, the report states that the DEA falsely characterized the deaths of four Hondurans as a shootout with drug traffickers despite proof on video that DEA-led forces fired on unarmed civilians. The dead were traveling on a passenger boat to a town called Ahuas, on the remote Mosquito Coast. Almost immediately, the mayor of Ahuas and other Honduran officials protested that the dead were innocent; the DEA maintained that its forces had been fired upon by drug traffickers. Today, more than five years later, the report confirms that the people of Ahuas were telling the truth. There was no crossfire. It was a DEA agent who ordered a helicopter gunner to open fire on the passenger boat. The four dead Hondurans — Emerson Martínez, Candelaria Trapp, Hasked Brooks Wood, and Juana Jackson — posed no threat. The DEA gave a grossly inaccurate depiction of its own operations to Congress and let that account stand uncorrected.

It is unclear whether the DEA personnel involved in the Ahuas shootings and the subsequent misrepresentations will face any sanction for their behavior. The inspectors general did not recommend charging any of the agency’s personnel with obstruction of justice or other criminal violations. Instead, they recommended that the DEA improve its internal procedures around reviewing shootings.

“The victims of this crime still await justice,” said Karen Spring, of the Honduras Solidarity Network, in a statement. “There have been no remedies for the victims’ physical and emotional injuries, or for the resulting social and economic hardships sustained by the victims and their families.”

Many elements of the report suggest the DEA doctored its post-shooting reports and applied aggressive and sometimes fatal counterterrorism tactics to a law enforcement operation. At best, the agency had a severe case of confirmation bias. “Even as information became available to DEA that conflicted with its initial reporting,” the report states, “including that a passenger boat may have been a water taxi carrying passengers on an overnight trip, DEA officials remained steadfast — with little credible corroborating evidence — that any individuals shot by the Hondurans were drug traffickers who were attempting to retrieve the cocaine. … This failure to consider the relevant evidence had several negative consequences.” 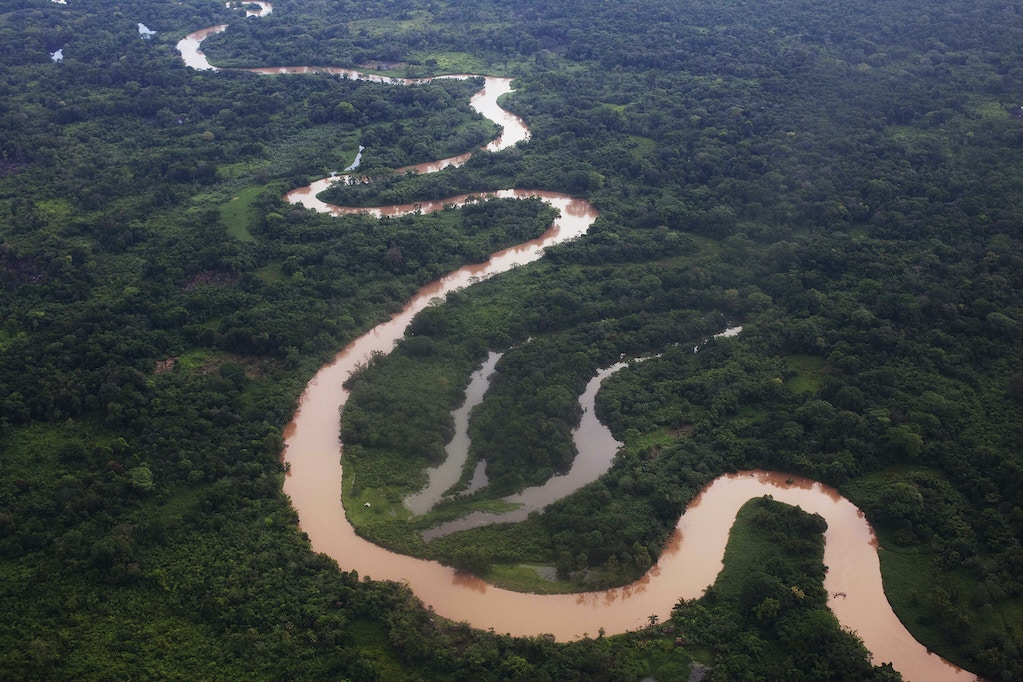 An aerial view of the Mosquitia region near the remote community of Ahuas, Honduras, on May 21, 2012.

“This report is nothing less than a wholesale indictment of the DEA and Honduran police,” said Sen. Patrick Leahy, D-Vt., in a statement. “DEA, Honduran, and State Department officials provided Congress with incomplete, inaccurate, and misleading information in order to perpetuate a self-serving narrative that was fundamentally flawed and demeaned the lives of the victims and the reputation of the United States.”

Leahy called on the DEA and State Department “to ensure that those involved are held accountable.”

The report addresses a total of six killings from 2012, when DEA paramilitary squads known as Foreign Advisory Support Teams, or FAST teams, were sent to Honduras to work with local law enforcement on intercepting shipments of cocaine. This was latest in a 20-year series of military-style operations to staunch the flow of northbound cocaine while in transit. The FAST teams were led by Richard Dobrich, a former Navy SEAL. “There will be several fatalities here,” DEA officials told the U.S. ambassador during the operation’s planning phase, according to the report. “There will be shootings.”

Over the 90-day program, known as Operation Anvil, the DEA led three fatal shootings, with one dead on July 23, one dead on July 3, and the four unarmed Honduran civilians shot and killed on May 11. These included two women, at least one of whom was pregnant, and a 14-year-old boy, who were traveling upriver on a passenger boat. Several more passengers were gravely injured.

Almost immediately, the mayor of Ahuas protested the killings. The first report from Ahuas, by Alberto Arce and Katherine Corcoran of the Associated Press, claimed that the authorities’ helicopters had “mistakenly fired on civilians.” My own investigation of the Ahuas killings for the New Yorker in 2014 looked at autopsy reports, forensic evidence, and transcripts of interviews with Honduran anti-drug commandos who were at the scene; they backed up the account from the people of Ahuas. The dead were apparently civilians who had the misfortune of being on a commercial passenger boat heading upriver, in the middle of the night, at the same moment that six members of the DEA-led team were trying to recover a second boat that was loaded with cocaine. There was no evidence to suggest otherwise.

For the next five years, the U.S. government maintained that the killings were the result of crossfire in Ahuas between the paramilitary team and drug traffickers. There had been “an exchange of gunfire,” according to a 2013 letter from Eric J. Akers of the DEA’s congressional affairs office, sent to more than 50 members of Congress. An anonymous U.S. official cast doubt on the local account, suggesting that the entire town had ties to narco-traffickers. The DEA had a video of the shooting, which it screened for members of Congress and was viewed by reporters for the New York Times. Dobrich reportedly told Congress that the video was evidence of crossfire. Nevertheless, the agency refused to make it public. I sued the DEA under the Freedom of Information Act to obtain the video; that suit is now before a federal appeals court.

“It’s been five years since the events referenced in the report,” a DEA spokesperson said in a written statement, in response to the new report. “We agree with all of the Inspector General’s recommendations and are working to implement them.”

Top photo: Honduran navy officers patrol the Patuca River near Ahuas, a remote community in the Mosquitia region of Honduras, on May 21, 2012.