A Georgia insurance company is warning patients that their trip to the emergency room might not be covered. It all comes back to Obamacare. 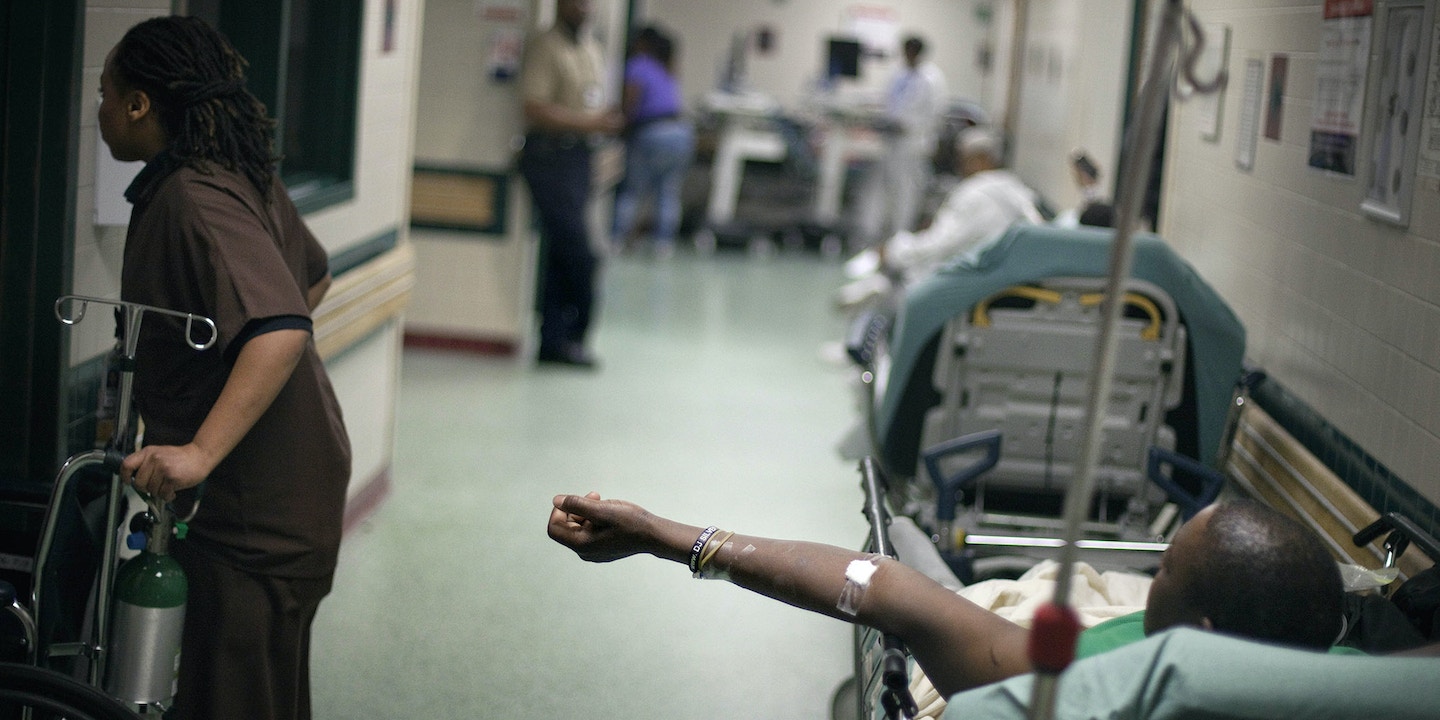 Blue Cross Blue Shield is quietly telling its individual market patients in Georgia that it will stop reimbursing some emergency room visits.

The revelation comes from the Atlanta Journal-Constitution, which reports that Georgians are getting letters warning them that the insurer will no longer cover emergency room visits unless it determines them to have been necessary.

This raises the worry from some public health advocates that patients will be afraid to go to the emergency room out of the fear that their treatment will not be reimbursed by their insurer. Laura Harker, a policy analyst who studies Georgia’s health care system at the Georgia Budget & Policy Institute, explained some of the possible outcomes to The Intercept.

“Patients do not always know if they are having a true emergency or not. This policy could make some patients more likely to put off care that they need,” Harker said. “Many hospitals in rural Georgia are already struggling financially, and this policy could further hurt their bottom line. If BCBS decides that a visit does not count as an emergency, the hospital would most likely not get paid at all. Many patients wouldn’t be able to afford the full cost of an ER visit or they could end up with medical debt.”

Debbie Diamond, a spokesperson for Blue Cross Blue Shield of Georgia, did not provide a copy of the letters being sent to patients to The Intercept. She did, however, offer a defense of the policy.

“Please know that this policy is not intended to keep our members away from the emergency room if that is where they need to be treated. We worked with four board-certified emergency medicine doctors employed by Anthem, our parent company, to develop a list of nonemergency conditions that would be better treated by a patient’s primary care doctor than in an emergency room,” she wrote in an email. “The list includes conditions such as suture removals, athlete’s foot, common cold symptoms and seasonal allergies including itchy eyes.”

“If a member choses to receive care for these common ailments in the ER when a more appropriate setting is available, their claim will be reviewed by an Anthem medical director using the prudent layperson standard before a determination is made,” she continued. “In reviewing the claim, the medical director considers the member’s presenting symptoms that may have appeared to be an emergency even if the diagnosis turned out to be a nonemergency ailment.”

The Medical Association of Georgia, the top lobbying group for physicians in the state, expressed concerns about the shift.

“What Blue Cross is asking patients do is determine without a clinical background whether their certain situation is truly an emergency, which is a lot to ask of a patient when they’re obviously presenting themselves to the emergency room because they do have concerns,” Executive Director Donald Palmisano told The Intercept.

As the AJC reports, BCBS is the only insurer in the health insurance marketplace in 96 of Georgia’s 159 counties. Particularly in rural Georgia, it has a monopoly over patients. As the Washington Post noted in 2014, southwest Georgia is “one of the most expensive places in the nation to buy health insurance.”

One way to weaken that monopoly would be for Georgia to expand Medicaid. Its Republican governor and GOP-dominated legislature have blocked the expansion, and national BCBS funded Republican Governors Association ads attacking unsuccessful Democratic candidate gubernatorial Jason Carter, who campaigned on expanding Medicaid during the 2014 cycle.

By not expanding Medicaid, Georgia puts more of the onus for covering the cost of caring for patients on the hospitals themselves. Hospitals respond by charging people who can pay — namely, insurance companies — more.

The unnecessary use of emergency departments for ailments that would be better treated at an urgent care center is indeed a real issue, said Palmisano and Harker. But the solution, they said, is better education and preventative and comprehensive care, rather than warning patients their trip to the ER may or may not be covered.

“I’m happy to say that I’m glad that I do not have Blue Cross Blue Shield as my health insurance company with this kind of restriction,” Palmisano said.

Top photo: Patients line the wall of the trauma unit in the emergency room at Grady Hospital in Atlanta on Feb. 18, 2011.