Walmart makes a ton of money from food stamps. A congressman wants them to pay up. 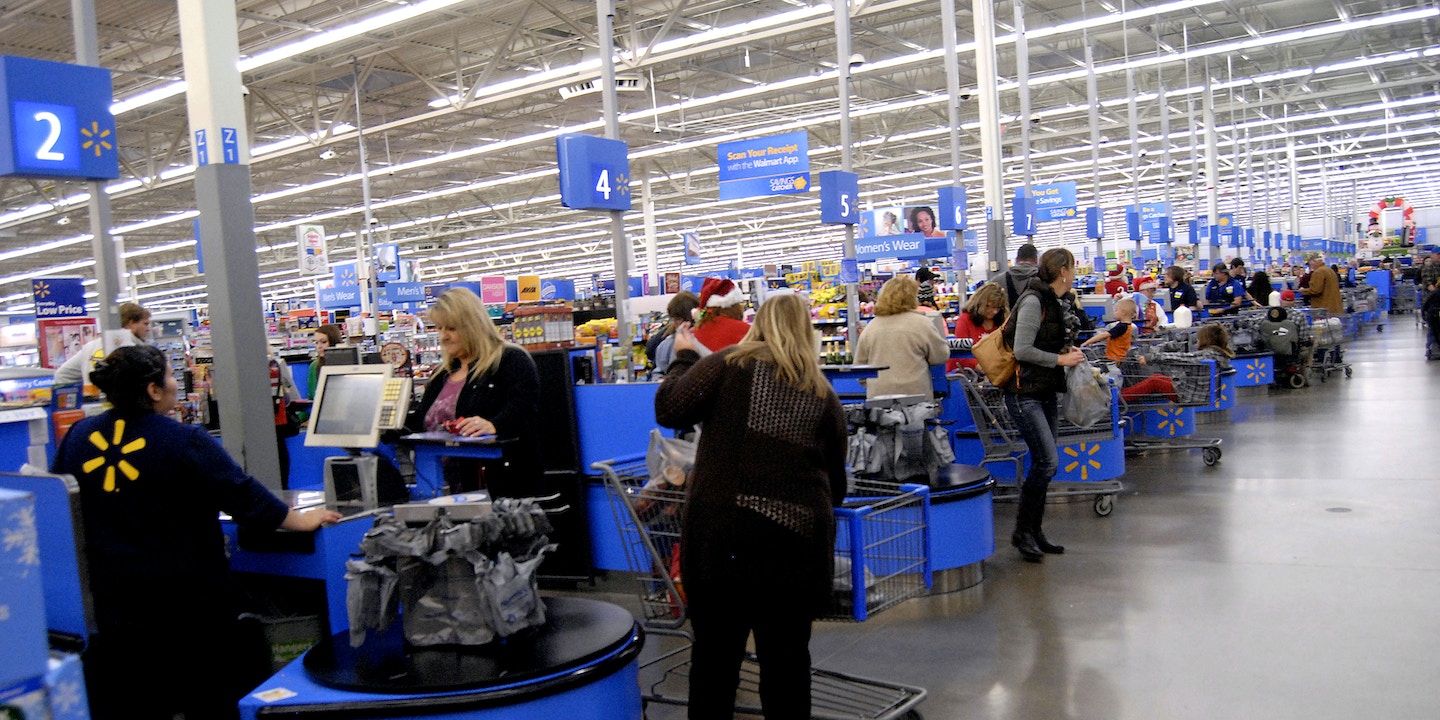 When Walmart and other low-wage employers fail to pay their employees enough to live decent lives, taxpayers often end up picking the tab for public assistance.

The Corporate Responsibility and Taxpayer Protection Act would levy a fee equivalent to the public assistance that a company’s employees are eligible to receive, with the intent to incentivize businesses to pay their employees enough so they don’t need public assistance.

In 2013, Walmart alone cost taxpayers $6.2 billion for expenses such as food stamps, Medicaid, and housing assistance. One study released earlier this year estimated that taxpayers spent $152.8 billion in 2015 as a result of low wages.

In an interview with The Intercept, Khanna said he introduced the bill partly to highlight the cost of low wages to those besides the employees themselves.

“This also helps people focus attention on the consequences of corporate underpayment,” he told us. “The burden is not just on employees, it’s also on the taxpayer.”

Walmart, meanwhile, is double-dipping in the corporate welfare. It’s able to keep wages low thanks to the benefits — a well-known phenomenon — but then it also cashes in on the other end, when those employees and others earning low wages spend their food stamps at Walmart. The company has disclosed in the past that it was the recipient of an estimated 18 percent of total food stamp spending. That’s $14 billion out of $80 billion in 2012.

A bill like Khanna’s stands no real chance of passage in the current Congress, controlled by Speaker Paul Ryan of Wisconsin on one end and Majority Leader Mitch McConnell on the other. But control of the House is very much in play in 2018, and the Democratic Party is being remade by a surge of enthusiasm and bottom-up challenges to the establishment. What kind of party eventually takes over is being fought over now, and bills like Khanna’s will be increasingly important as that internal struggle plays out.