The U.S. has spent billions on aid and equipment for Mexico’s military and police, but the killing of journalist Javier Valdez shows how impunity still reigns. One month ago, the award-winning journalist Javier Valdez was pulled from his car and killed in broad daylight near his office in Culiacán, in Sinaloa state in Mexico. Valdez is the sixth journalist to be assassinated in Mexico this year, and his killing has sparked outcry and sent new shockwaves of fear through the country’s media.

The journalists being targeted in Mexico have something in common: a commitment to documenting political corruption and state links to drug trafficking. Valdez’s assassination follows a pattern of murder directed at silencing the messengers who are digging up truth and exposing the underbelly of the drug war.

Valdez was the co-founder of Ríodoce, the only independent paper still operating in Culiacán, which is the center of the Sinaloa Cartel and much of the drug war violence in the region. In February, Ríodoce published an interview with an envoy from Dámaso López (“El Licenciado”), formerly the right-hand man of the notorious drug lord “El Chapo” Guzmán. Lopez was apparently moving to take control of the Sinaloa cartel’s territory in a fight with Guzmán’s sons before he was captured by authorities last month. Guzman’s sons reportedly pressured Valdez to not publish the interview. Other journalists who were close to Valdez suspect involvement of Sinaloa and federal authorities in the killing. To date, there have been no arrests reported in the case.

“We thought Javier was untouchable,” said Marcela Turati, a prominent journalist who writes for the weekly magazine Proceso who was a close friend of Valdez. “He was one of the most internationally recognized journalist in the country. How do we protect ourselves if they are able to kill the most visible with impunity?” 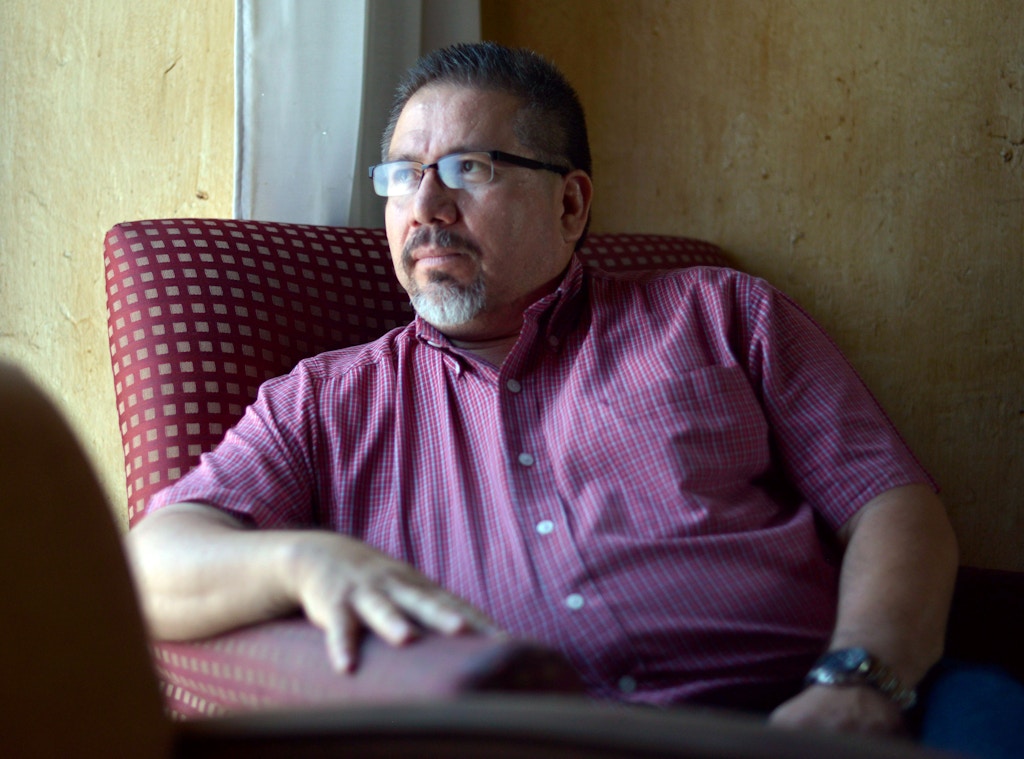 A week before Valdez’s murder, the Committee to Protect Journalists published a report detailing prominent recent murders of journalists and failures in the prosecution of the crimes. The Mexican government’s human rights commission reported in 2016 that 90 percent of crimes against journalists go unpunished — 82 percent for killings and 100 percent for disappearances, where the bodies of journalists are never found. Of the 114 murders of journalists that the Mexican government has recorded since 2000, a federal special prosecutor’s office for crimes against free speech has investigated 48 in the past seven years, resulting in only three sentences.

The U.S. State Department’s human rights report on Mexico last year noted that “journalists were sometimes subject to physical attacks, harassment, and intimidation due to their reporting. Perpetrators of violence against journalists continued to act with impunity with few reports of successful investigation, arrest, or prosecution of suspects.” This same line has appeared in all of these reports in recent years.

Nonetheless, in the face of blatant inaction by the Mexican government, U.S. assistance to Mexico’s drug war has continued to flow, and to expand. Declassified State Department documents unearthed in recent years show that the United States has armed and funded Mexican military and police units despite being well aware of abuses and cover-ups. At the same time, the United States has supported projects supposedly aimed at strengthening the rule of law in Mexico, but none of it appears to be having the stated effect. A soldier enters a bullet-riddled home, tagged with the initials CDG for the Gulf Cartel, and Z for Zetas, in Ciudad Victoria, in Mexico’s state of Tamaulipas in 2014.

Since 2008, the U.S. government has appropriated over $2.6 billion for security aid to Mexico through the Mérida Initiative — a counter-drug aid package negotiated between former U.S. and Mexican presidents George W. Bush and Felipe Calderón in 2007 — and other security assistance programs. Originally proposed as a three-year program, Mérida underwent a drastic expansion under the State Department of Hillary Clinton that continues today, despite President Donald Trump’s antagonism toward Mexico over immigration and the border wall.

The aid flows not just from the State Department, but also the Pentagon, Justice Department, and other agencies. The large part of this money is funneled through U.S.-based security firms, which reap enormous profits from contracts on everything from Black Hawk helicopters to armed vehicles, intelligence equipment, computer software, night-vision goggles, surveillance aircrafts, satellites systems, and more. Additionally, weapons companies benefit from direct sales of arms and other equipment, which net another billion each year for the weapons contractors.

Along with equipment, the United States exported a kill or capture targeting strategy against the suspected leaders of Mexico’s drug trade, an approach borrowed from counterterrorism that grew in popularity during Clinton’s tenure at State. U.S. officials who helped shape the targeting programs include Anthony Wayne, former ambassador to Mexico and before that deputy ambassador to Afghanistan, and John Brennan, former CIA director who served as chief counterterrorism adviser to President Obama. Brennan visited Mexico in 2009 to discuss the architecture and implementation of the high-value targeting, or “HVT” operations, modeled on programs carried out in Iraq, Afghanistan, and other countries. 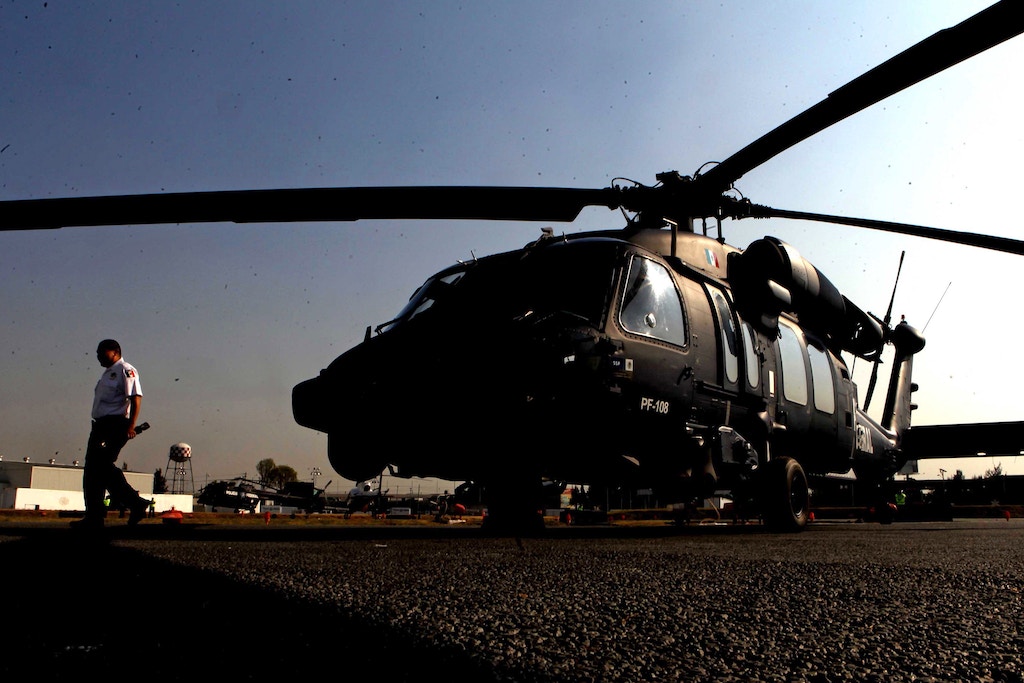 A Black Hawk helicopter is delivered from the U.S. government to the Federal Police in the framework of the Merida Initiative in 2011.

Many observers and security experts believe that high-value targeting has only destabilized the drug trade without reducing it, leading to more violence. One of the most notable high-value targeting operations took place in Javier Valdez’s home state of Sinaloa in July 2010, where, according to formerly classified internal files obtained via a Freedom of Information Act request, the U.S. shared intelligence with Mexico’s authorities that led to the killing of Ignacio “Nacho” Coronel Villarreal, one of the four main leaders of the Sinaloa Cartel at the time. The killing of Villarreal led to a rise in fighting in 2010 over territory between Sinaloa Cartel forces and other organized criminal organizations such as the Zetas.

Towards the end of the Obama administration, the United States shifted its emphasis from military hardware to programs with a stated focus on institutional reform, including training law enforcement at the local level. The DEA, for example, has trained thousands of police officers in sensitive investigative techniques each year, while the Justice Department and other agencies have provided Mexican agencies with network, forensic, and biometric equipment. State Department cables show that U.S. assistance has included millions for state-level laboratories, crime-scene analysis, ballistic analysis, evidence gathering, criminal intelligence analysis and the like.

U.S. agencies say these efforts are key to strengthening Mexico’s investigative capacity, but they have done little to change the impunity for ongoing systematic human rights crimes, including killings of journalists. One of the problems, according to the Committee to Protect Journalists, is that even when perpetrators are punished, collusion between the government and organized crime keeps investigators from identifying who is actually responsible for the crimes.

“We need an international presence to investigate what is taking place here,” the journalist Marcela Turati told The Intercept. “A representative or team of experts from the [Organization of American States] Special Rapporteur for Freedom of Expression, or another similar body from the United Nations that can investigate the crimes, identify the structures of impunity, and help Mexico redesign its justice system. Our government has demonstrated a lack of political will and capacity to solve these crimes.” Journalists, reflected in the window of a coffee shop, demonstrate against the murder of Mexican journalist Javier Valdez as they march to the Foreign Ministry in Santiago, Chile, May 19, 2017.

The U.S. government is well aware of the problem of institutional impunity; internal U.S. State Department reporting on Mexico, released via FOIA and through leaks, has provided blunt confirmation of a pattern of active cover-ups and linked Mexican authorities to abuses.

In 2010, U.S. Embassy officials were reporting on instances where drug trafficking organizations were operating with “near total impunity,” in the face of “compromised local security forces,” in Mexico’s northeastern states. Yet, U.S. training and assistance continued in the region. The U.S. Embassy and DEA carried out training programs for police from Nuevo León even as U.S. consulate officials said that the security apparatus in that state had been compromised, with the governor admitting that some state and police officials had been co-opted by the Zetas. U.S. assistance programs also continued as DEA officials reported on the arrests of active-duty and retired law enforcement officials in Nuevo León for providing protection and assistance to drug-traffickers.

In the case of a series of massacres in the northeast, in San Fernando in the state of Tamaulipas between 2010 and 2011, U.S. officials highlighted how Mexican authorities were trying to minimize “the State’s responsibility” for the crimes. U.S. State Department files document how authorities sought to cover up the violence, jeopardizing investigations by splitting up corpses of the victims “to make the total number less obvious and thus less alarming.” Nonetheless, after mass graves were discovered, the U.S. ratcheted up its programs in the region.

The search for justice for the victims of drug war violence has been led by journalists and by the family members of the victims, not the government agencies receiving U.S. assistance. And they have too often been silenced.

Miriam Rodríguez Martínez’s 14-year-old daughter, Karen, disappeared in 2012 and was buried in another mass grave in San Fernando. Rodríguez doggedly pursued those responsible for her daughter’s kidnapping and murder. Her efforts implicated members of the Zetas and resulted in the imprisonment of the primary suspect in the crime. She also led activist efforts by family members to find the remains of others disappeared in the region. Rodríguez was killed in her home in San Fernando on Mother’s Day in Mexico, just five days before Javier Valdez’s murder.

Valdez was intent on challenging the silence in the face of such crimes. When his colleague, Miroslava Breach, was assassinated in late March, he said, “Let them kill us all, if that is the death sentence for reporting this hell. No to silence.”

This article is being published in conjunction with an international campaign, Our Voice is Our Strength/ Nuestra Voz Es Nuestra Fuerza, to remember Javier Valdez and his work and to call for an end to impunity for crimes against the press in Mexico.

Top photo: A mural in memory of slain Mexican journalist Javier Valdez is displayed in Monterrey, Mexico on May 19, 2017.

After an Uprising in Mexico, the Return of the Narco Warlords