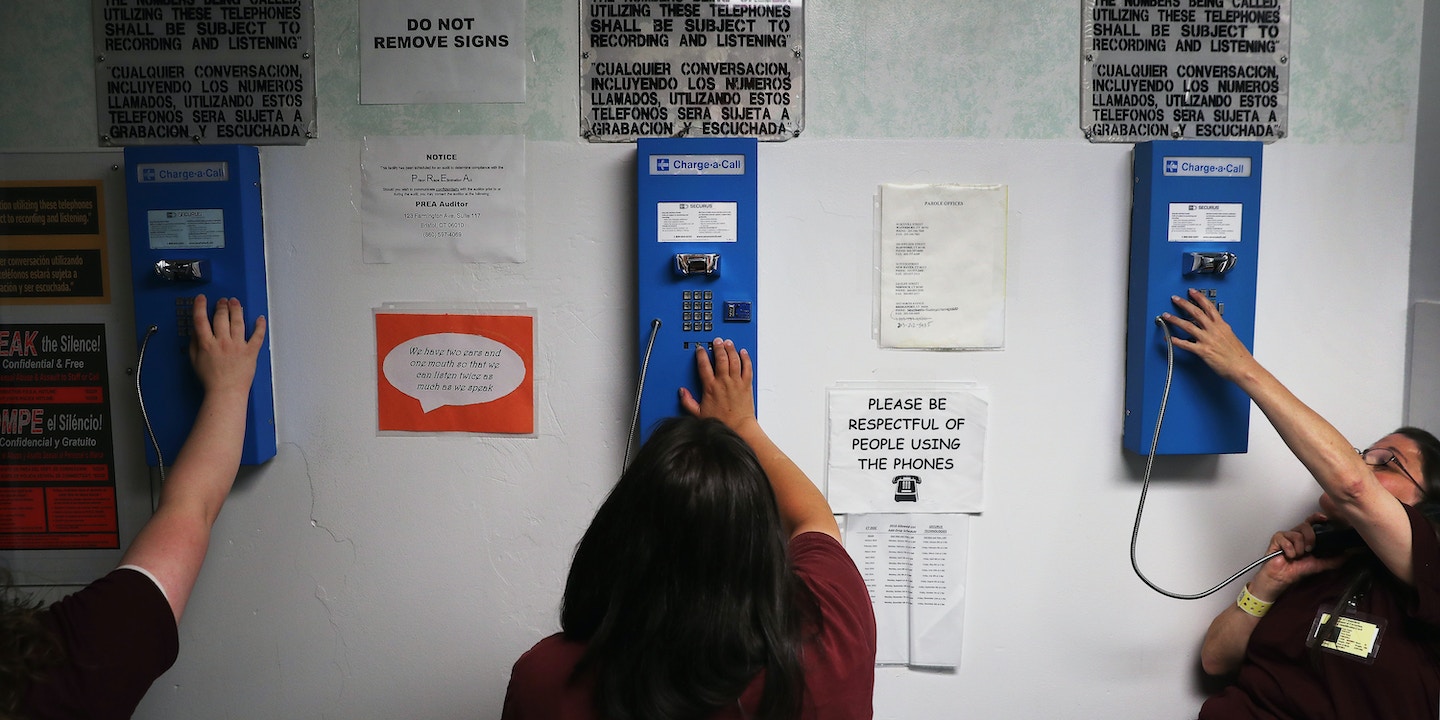 When Mary Shields was first sent to prison, her daughter was too young to understand why their phone calls would cut off mid-conversation and why she would not hear from her mother again for days. Shields was among the many incarcerated people who had their contact with loved ones curtailed by the high rates for making prison phone calls. During her 21 years in a California state prison, she spoke with her family for 15 minutes twice a month. Each call cost $15.

“Those calls are very expensive,” she said, noting that her family paid the phone bills as well as the cost of caring for her children. Shields could have put more of a burden on her family but thought it would only drain their financial resources. “I wasn’t able to do that because I wanted the best for my children. I didn’t want to take anything away from them and that” — the phone bills — “was taking away from them.”

In 2013 and then again in 2015, President Barack Obama’s Federal Communications Commission, the body that regulates the prison phone industry, moved to alleviate the burden of the impossible choice like the one faced by Shields. After activists waged a decadeslong campaign to lower prison call rates, the FCC voted to cap the costs. Different facilities maintained different rates, but no incarcerated person, under Obama’s new rules, would be paying more than 49 cents per minute for a call to someone in the same state where their prison was located.

On Tuesday, much of that progress was undone when the U.S. Court of Appeals for the D.C. Circuit ruled against limiting the cost of intrastate prison phone calls.

For 2.2 million people behind bars and their families, the ruling represents a severe setback in their lengthy struggle for affordable phone calls. The calls allow incarcerated people to keep up relationships, including with their children, among others. Now, when incarcerated people and their families live in the same state, those communications will be completely unregulated by the federal government.

Tuesday’s outcome in court was dispiriting for advocates. “Regulatory efforts to resolve the financial exploitation of prisoners and their families by the FCC have not proven to be very effective in addition to being long-running,” said Paul Wright, director of the Human Rights Defense Center, which helped lead the phone justice campaign. “That seems to be the biggest message from this ruling.”

For Colette Payne, a community organizer and formerly incarcerated person, there’s also the fear that the costs will go up even more. Payne pays $25 for five phone calls each month — four from her fiancé and one from his son, both incarcerated but in separate prisons. It’s all she can afford to pay; sometimes even that is a struggle. “You live on your own, you can’t really afford it,” she said. But she sets aside the money because she knows what a lifeline the phone can be for someone in prison. “It’s a connection to the outside world, to families and to children,” she reflected. If rates increase, she said, there “would be the possibility that neither would get a phone call.” Former prison inmate and grandson of Martha Wright, Ulandis Forte, applauds during the Federal Communications Commission hearing at the FCC in Washington, on Aug. 9, 2013.

In 2000, a grandmother from Washington, D.C., named Martha Wright filed a lawsuit against Corrections Corporation of America, the private prison giant that housed her incarcerated grandson. For Wright, who was then in her 70s and blind, phone calls were the only way to stay in touch with her grandson, who was imprisoned out of town. But a single five-minute call cost up to $18.

In her suit, Wright charged that the phone rates were “exorbitant and unconscionable long-distance rates, which severely burden communication between inmates and their family members and counsel.” The court ruled that the jurisdiction lay with the FCC, and so Wright, with the help of the Center for Constitutional Rights, filed a petition with the commission.

Ten years later, Wright’s efforts, with help from the Campaign for Prison Phone Justice, seemed to be yielding results. In 2013, the FCC held a public hearing about the cost of prison phone calls. Bethany Fraser, a mother of two sons ages 5 and 10, traveled to Washington to testify. “Losing their father to prison also meant losing over half of our family’s income,” Fraser told the commission. “I would do anything, and pay any amount to keep my children connected to their father. But choosing between essential needs and keeping kids connected to their parents is a choice no family should have to make.”

That day, the FCC voted 2 to 1 to cap interstate phone rates.

Wright didn’t live long enough to see that. Two years later, in 2015, the regulator moved to take an additional step: setting permanent caps on phone rates and the ancillary fees on intrastate calls, those made within the state where the prison was located. The rate caps varied from 14 to 49 cents per minute and were set to decrease even further to 11 to 22 cents per minute on July 1, 2018. It was a huge victory that would set rates low enough for incarcerated people and their families to speak regularly without facing huge financial burdens.

While incarcerated people and their families are at risk of facing daunting costs to stay in touch, prison telephone service providers — which in 2015 was a $1.2 billion industry — stand to take in massive profits.

The D.C. Circuit’s ruling came in part thanks to the efforts of these very businesses. Five prison phone companies — Global Tel*Link, Securus Technologies, CenturyLink Public Communications, Telmate, and PayTel Communications — filed separate petitions to review the FCC’s caps. Global Tel*Link, the lead plaintiff in the now-consolidated case, provides telephone and video calling services to 2,300 jails and prisons in all 50 states and, according to its website, has delivered more than 3.3 billion minutes of jail and prison phone calls. Another plaintiff, Securus, which settled a lawsuit last year for improperly recording prison calls, boasts that it provides services to more than 2,200 facilities nationwide.

The rates for calls can vary widely. In West Virginia, for instance, a 15-minute call costs 48 cents; in Texas, the same call costs $3.90.

Prison phone costs are so high due, in part, to the way the contracts for phone services are doled out to these companies. Phone service providers compete with each other to win contracts with jails and prisons. When deciding upon a company, administrators often give considerable weight to which provider offers the highest site commission, or a portion of the phone provider’s revenue or profits. These commissions typically range between 20 and 63 percent of the profit, which translates to $276,000 to $5.3 million. Advocates have referred to these commissions as “kickbacks.” With such a huge volume of calls and sometimes exorbitant rates, those commissions quickly pile up into profits for the very same prisons doling out the contract.

The decision Tuesday came amid political turnover at the FCC. Two of the commissioners who had voted in favor of caps on prison phone rates under Obama are gone. Ajit Pai, who had voted against the 2013 FCC proposal to cap rates, was designated the commission chairperson by President Donald Trump.

On January 31, counsel for the FCC filed a letter advising the D.C. court that given the commission’s changes, “a majority of the current Commission does not believe that the agency has the authority to cap intrastate rates under section 276 of the Act.” The letter stated in plain terms that the FCC itself no longer thought it had the authority to set the limits.

Nearly six months later, the court agreed, ruling that the commission had exceeded its authority. It vacated the proposed intrastate rates, the exclusion of site commission payments when calculating phone rates, and the reporting requirements for video calling. (Rate caps on interstate prison and jail calls, which were addressed in the original 2013 change, remain in effect.)

Within hours of the court’s decision, Ajit Pai, the FCC chair, issued a statement reiterating his position that “the FCC exceeded its authority when it attempted to impose rate caps on intrastate calls made by inmates.”

One of the plaintiffs, Global Tel*Link, commended the court decision. “We are committed to market-based reforms that result in lower rates for inmates and their friends and family members, but those reforms must account for the true costs of providing ICS and give deference to state and local governments on issues of intrastate rates and security,” said CEO Brian Oliver in a press statement. (Other plaintiffs contacted by The Intercept did not respond in time for publication.)

Carrie Wilkinson, the Human Rights Defense Center’s campaign director, said that they were “very disappointed” in the ruling, but noted that phone companies have the choice not to raise their rates.

“The court, at first glance, appears to continue to give them free rein to continue to price gouge some of the poorest people in this country if they choose to. But they can choose not to,” she said, noting that some prison phone companies have spoken out about the importance of keeping a family connection in reducing recidivism. “If they would put their money where their mouth is, this wouldn’t have to be catastrophic for prisoners.”

Top photo: Prison inmates make one of their daily allotment of six phone calls at the York Community Reintegration Center on May 24, 2016 in Niantic, Connecticut. 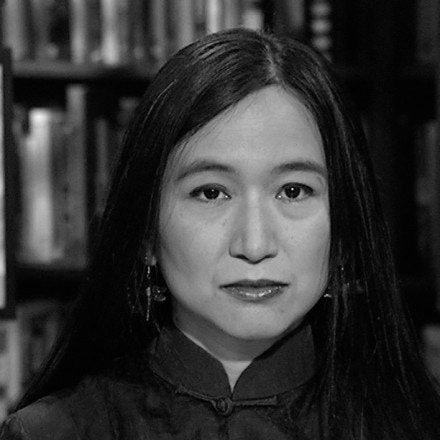