A Louisiana representative was criticized by the Auschwitz-Birkenau Memorial for recording a political message during a recent visit to the death camp. 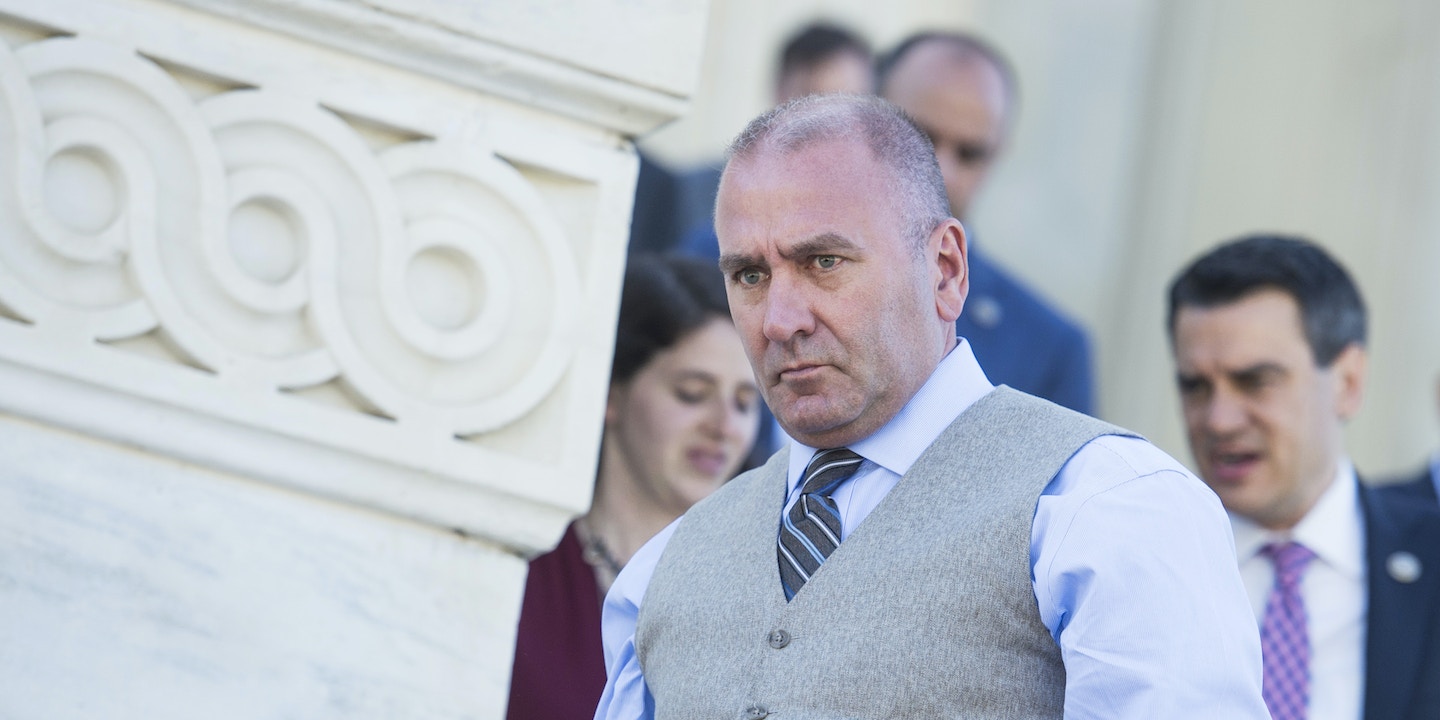 Clay Higgins, a former police officer who now represents a Louisiana district in Congress, was criticized on Tuesday by the Auschwitz-Birkenau Memorial in Poland for recording a political message in support of increased military spending by the United States during a recent visit to the death camp.

Everyone has the right to personal reflections. However, inside a former gas chamber, there should be mournful silence. It's not a stage. https://t.co/AN5aA1bYEU

The public rebuke came in response to a Fourth of July video message uploaded to a conservative Christian website over the weekend in which Higgins offers viewers a guided tour of the gas chambers, set to the theme music from “Schindler’s List.” He then turns to the camera and says: “This is why homeland security must be squared away, why our military must be invincible.”

Higgins — who made his name in a series of melodramatic YouTube videos threatening criminals wanted by the St. Landry Parish Sheriff’s Office in Opelousas, La. — is a virulently anti-Muslim fundamentalist Christian. In response to a terrorist attack carried out by Islamists in London last month, the viral star argued on Facebook that “all of Christendom … is at war with Islamic horror.” The only solution to the threat posed by “these heathen animals,” he added, is to “hunt them, identify them, and kill them. Kill them all.”

In his meditation on what the death camp teaches us, Higgins refers to “man’s inhumanity to man,” but somehow fails to mention that the vast majority of those exterminated at Auschwitz, 1 million Jews, were members of a persecuted religious minority.

Instead, Higgins tries to draw a parallel between the threat posed by the Nazis to European Jews and what he sees as the real possibility that fringe groups of Islamist militants could, somehow, conquer the United States. “Our nation is at war with Islamic terror — the foreign horror that oppresses millions and intends to convert, kill or enslave the entire world,” Higgins said in a campaign video last year.

“The world’s a smaller place now than it was in World War II,” Higgins observes near the end of his Auschwitz video. “The United States is more accessible to terror like this, horror like this.”

“It’s hard to walk away from the gas chambers and ovens without a very sober feeling of commitment — unwavering commitment — to make damn sure that the United States of America is protected from the evils of the world,” the congressman concludes.

On one of his official Facebook pages, the message from Auschwitz was described as, “a stark reminder about the Independence we celebrate on July 4.”

Late Wednesday afternoon, Higgins released a statement in which he defended the video but offered his “sincere apology for any unintended pain” it caused and announced that he “retracted” it.

“I filmed the Auschwitz message with great humility. My intent was to offer a reverent homage to those who were murdered in Auschwitz and to remind the world that evil exists, that free nations must remember, and stand strong,” Higgins wrote.

“However, my message has caused pain to some whom I love and respect. For that, my own heart feels sorrow. Out of respect to any who may feel that my video posting was wrong or caused pain, I have retracted my video.”

The video, and an article about it, was removed from Covenant Spotlight, the Christian website that first published it. It was also deleted from the YouTube channel of Lee Johnson, a conservative podcaster who had shared the video with his own logo, and taken it upon himself to argue with the Auschwitz Memorial on Twitter after the museum criticized Higgins.

Top photo: Rep. Clay Higgins, R-La., in Washington in May.