A new study suggests that Trump won more votes from communities with high military casualties than from similar communities which suffered fewer casualties. 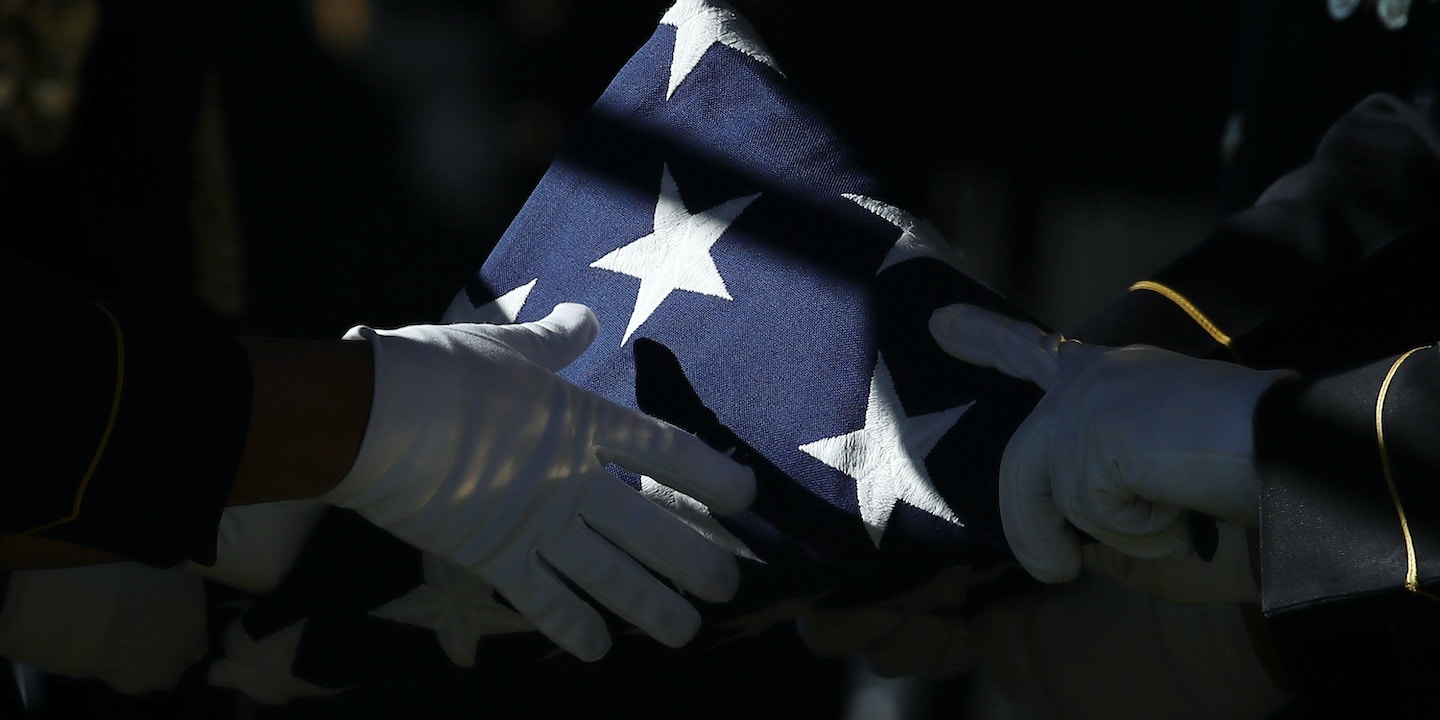 Recall that Trump campaigned as a somewhat antiwar candidate who would break with bipartisan pro-war consensus (a promise he has not lived up to, and which didn’t exactly match his past record). His Democratic opponent Hillary Clinton, on the other hand, ran a campaign more or less embracing the war status quo — with the emphasis occasionally, as with the case of Syria, on more.

Boston University political science professor Douglas Krinera and University of Minnesota Law professor Francis Shen studied the relationship between military casualties and pro-Trump votes. Comparing the 2012 and 2016 presidential elections, they concluded that regions that had seen high concentrations in casualties over the past 15 years of warfare saw a swing in support towards Trump.

They demonstrated this relationship in a scatterplot: The researchers controlled for a number of other factors, including race, income, and education; they also controlled for the percentage of the population that lives in rural areas and the military veteran population — both populations tended to support Trump overall, so controlling for these variables means that the number of military casualties was still a statistically significant driver of the vote, even in rural areas that share many of the same characteristics.

Their model also suggests that three swing states — Wisconsin, Pennsylvania, and Michigan — could very well have been winners for Clinton if their war casualties were lower. In an interview with The Intercept, Shen speculated that this angle of the election has not been explored as much because academics and the media are not from communities that have been besieged with war deaths.

“Those writing both in universities and in most of the media are not regularly experiencing the cost of war. It’s not, again, on average their communities who are seeing as many deaths and it is more likely on average communities that are poorer, less educated, and are more rural,” he said. “And I think its plausible, it’s certainly plausible I think that the … rhetoric of Trump’s campaign may have resonated with that group.”

Towards the end of their paper, Krinera and Shen suggest there are a number of political implications from their conclusion — one of which is that Trump does not deviate from the pro-war consensus, it may very well cost him in 2020. That is, they write, if the Democrats offer an alternative:

Our results also have important implications for Democrats. Currently the Democratic Party is engaging in a period of fitful soul searching in a quest to understand its inability to connect with many working class and rural voters who abandoned the party of Roosevelt for Trump. Much of this introspection has focused on the party’s position on trade policy, economic inequality, and emphasis on identity politics. However, Democrats may also want to reexamine their foreign policy posture if they hope to erase Trump’s electoral gains among constituencies exhausted and alienated by fifteen years of war.

Top photo: A United States flag that covered the casket of a U.S. army sergeant is folded by members of the burial team during the soldier’s burial service at Arlington National Cemetery on Dec. 5, 2016.