A new child care proposal takes the rhetoric of capitalism seriously and literally. 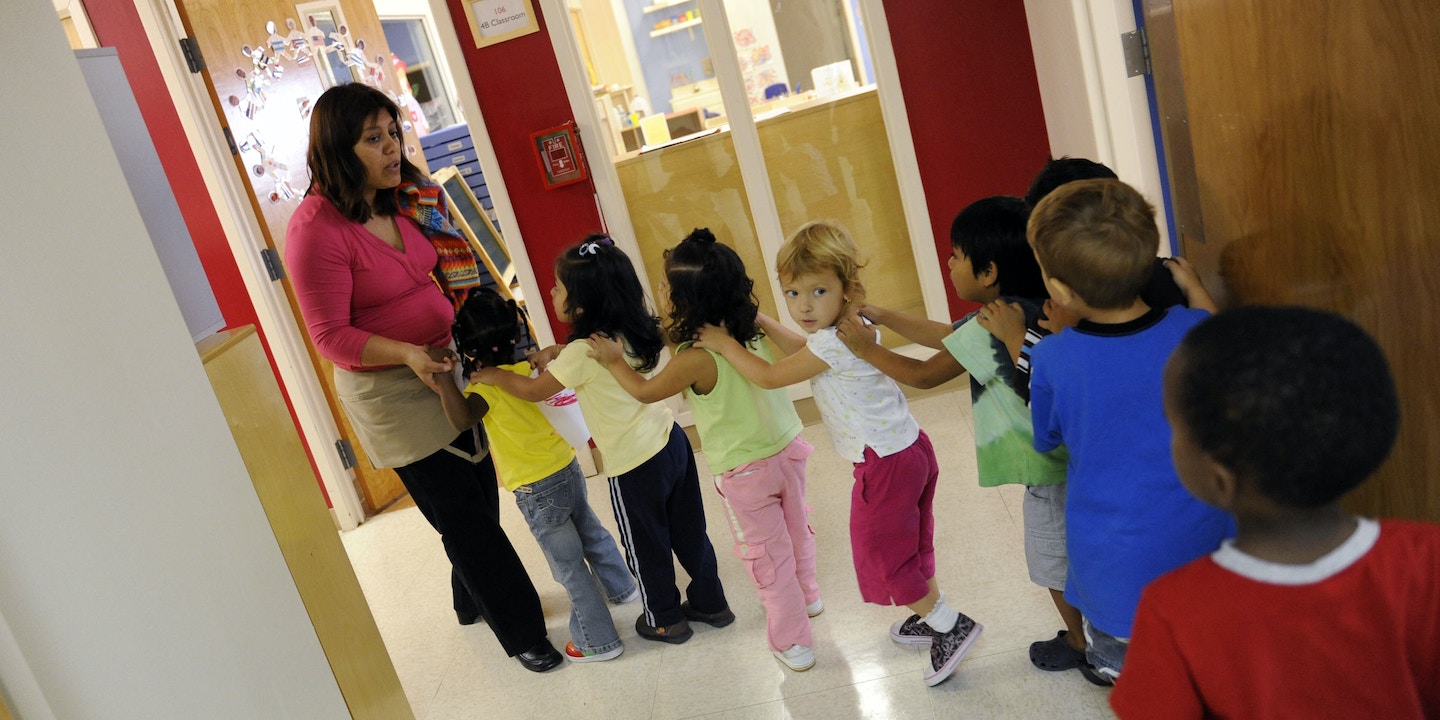 Politicians for decades have been calling for the nation to invest in its children. Now one politician wants to turn that metaphor into a genuine financial product.

Alec Ross, a former Obama State Department official running for the Democratic nomination for governor in Maryland, recently released a complex proposal to expand child care in Maryland, likening child care to college tuition, noting that both are significant costs for American families. Because the problem is similar, the campaign argues, the solution should be as well.

Ross’s campaign proposes establishing “a public-private Child Care Equity Fund” which “will be based on innovative solutions to the expanding student loan crisis” — namely, income-sharing agreements (ISAs). ISAs have been used in a handful of pilot projects as a replacement for traditional student loans. The way they work is that an investor subsidizes a student’s tuition costs; the student then agrees to pay a portion of their future income back over a set period of time. Purdue University teamed up with private investment firms to start offering ISAs in the 2016-2017 academic year.

Ross’s proposal would bring the ISA model to child care. The state of Maryland would partner with private investors to create a Child Care Equity Fund that would, like ISAs, help subsidize child care under the condition that families would pay back the funds as a portion of their income.

The Ross campaign makes pains to distinguish this proposal from that of a simple loan. “The central idea is to shift away from loan based finances to a system [of] equity based financing,” its white paper reads. But that may be a tough sell for a model that requires parents to pay back child care costs to the state and private investors.

In interviews with The Intercept, economists and child care experts were skeptical of the program. Some, like Larry Polivka, who directs the Claude Pepper Center at Florida State University, worried that applying the ISA model to child care would be akin to opening up child care financing to profiteering from Wall Street.

“It’s another way of allowing the financial sector to benefit at the expense of ordinary households,” he said. “It’s just another way to let most of the financial camel into the tent in place of publicly funding programs that should be funded primarily through tax dollars.”

He also didn’t buy the idea that the proposal isn’t a form of loan. “This is a more flexible, in that sense, less burdensome credit arrangement on family. I don’t see that as a qualitative distinction from an ordinary loan arrangement,” he said. “Somebody can point it out, but I don’t see it in the white paper.”

Sandra Black, an economist at UT Austin who served on the Council of Economic Advisers between 2015-2017, was generally supportive of the ISA concept for higher education, but did not see it neatly translating to child care.

“I think moving toward an income-based repayment system is a much better place than where we currently are where you’re paying set payments over time,” she said of the ISA system for college tuition.

“Here [in the Ross proposal], you’re making an investment in very small children which I think is a very good investment to make, but the children aren’t going to see the return of that in terms of money for many, many years,” she noted. “So they’re not the ones who are paying back in an investment to them. It’s a little bit of a false comparison in my mind.”

The white paper states that “once it gains a healthy base of investment and return, the Fund will enter a virtuous cycle, not only becoming sustainable from payback income but also attracting more capital investors with the promise of reliable returns with a defined risk profile.”

Black was skeptical of the premise that the fund could be truly self-sustainable. She pointed out that in similar investment arrangements in the private sector, the market would simply risk adjust by charging poor people higher interest rates.

“If they think this is going to run at a profit, or some reasonable return, I don’t understand how that is going to work,” she concluded. “If you’re not charging interest and you’re giving this to low income people, its very hard to think about how the numbers will work if this is going to be a profit making proposal.”

Finally, she was concerned that the proposal as it stands would benefit middle class families more than low-income ones because the proposal aims to cover 50 percent of families’ child care costs. “You’re low-income 50 percent might not be enough to make it affordable,” she said. “In which case the subsidy will be towards higher income people. If you cant afford 50 percent out of pocket then this isn’t going to help you.”

Daniel Ensign, a spokesperson for the campaign, told The Intercept that the plan is far better than the status quo. “Currently, for the vast majority of Maryland households (outside of the very low income), there is zero support for child care — not from public or private sources,” he wrote in an email. “This plan doesn’t propose to privatize something that is currently publicly supported. This plan proposes to introduce a public-interest financing option where none at all exists today. For the public system that partially reimbursement [sic] costs for low-income households, we propose sustaining and expanding that program in Maryland separate from this equity Fund concept.”

Steven Teles, a political scientist at Johns Hopkins University, dubbed this type of policy approach “kludgy” in an essay in National Affairs. “The complexity and incoherence of our government often make it difficult for us to understand just what that government is doing, and among the practices it most frequently hides from view is the growing tendency of public policy to redistribute resources upward to the wealthy and the organized at the expense of the poorer and less organized,” he wrote.

Others welcomed the focus on making it easier for parents to afford child care, but pointed out that it’s unclear whether the proposal would provide the funding necessary for the child care to be of the right quality.

“It’s always good to hear that policymakers are taking the issue of affordable child care seriously, as this is one of the key challenges facing families and workers today,” Caitlyn McLean, who works at the University of California, Berkeley’s Center for the Study of Child Care Employment, told The Intercept. “So Ross is spot-on in identifying the importance of ensuring equitable access to high-quality early care and education in Maryland.”

“However,” she cautioned, “the issue is not just how to make sure parents can afford early care and education, but also to make sure that it’s high-quality. … There’s no indication that these loans will be enough to cover the high costs of quality services — skilled teachers, low staff-child ratios, etc. — which is also a problem with our current financing models.”