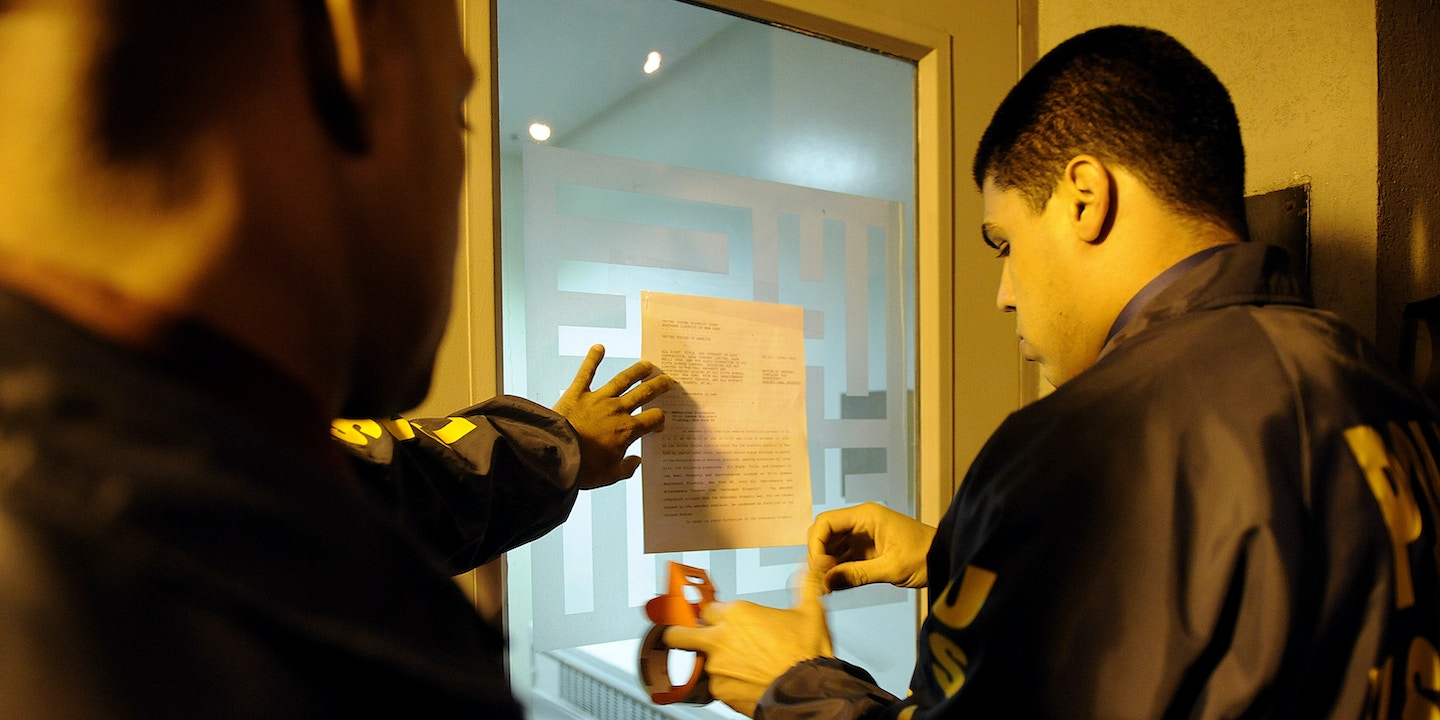 The practice — known as “civil asset forfeiture” — became widespread as part of the drug crackdown in the 1980s, after Congress passed a law in 1984 that allowed the Department of Justice to keep the property it seized. At the time, forfeiture was billed as a way to undermine the resources of large criminal enterprises, but law enforcement saw it as a way to underwrite their budgets, and have overwhelmingly gone after people without the means to challenge the seizures in court.

The practice has become so widespread that in 2014, law enforcement officers took more property from American citizens than all home and office burglaries combined.

Civil liberties organizations have called asset forfeiture “legalized theft,” and as the practice has become more widespread, it has become deeply unpopular. According to a poll last year by the Cato Institute, 84 percent of Americans oppose property seizures from people not convicted of a crime. Most states have passed laws restricting the practice, or banning it outright.

It appeared that Trump was learning about the practice for the first time.

On Wednesday, the Justice Department reopened a specific loophole that allows state and local police to sidestep state laws through a practice known as adoptive forfeitures. The loophole allows state and local law enforcement to continue to pillage the property of citizens even in the face of local bans on the practice, as long as they refer the case to federal agencies after they seize property. They get to keep up to 80 percent of what they take, and can use it for their own budgets. The feds take a 20 percent cut of the loot.

That loophole had been a 30-year policy of the Department of Justice, until the Department under Obama banned it in 2015. In response to its reinstatement, the ACLU released a statement calling the move “part of Sessions’ agenda to bring back the failed and racist War on Drugs.” The move was even opposed by members of Trump’s own party. Republican Sen. Rand Paul, R-Ky., said the practice violates the Fifth Amendment, and Sen. Mike Lee, R-Utah, released a statement saying “the DOJ seems determined to lose in court before it changes its policies for the better.”

The department also released guidelines that purport to limit the use of adoptive forfeitures. They require the Department of Justice to police itself and ensure that “adoptions involve property lawfully seized” — a measure that civil liberties advocates say is woefully inadequate.

“These purported safeguards amount to little more than self-policing, and we all know how well that works,” said Kanya Bennett, a lawyer for the ACLU that focuses on criminal justice issues. “We can’t trust the very law enforcement agencies that stand to profit from a forfeiture to police themselves.”

“At least one of these safeguards will promote more entanglement with the criminal justice system because it suggests all cash seizures under $10k are legitimate if they occur incident to arrest.”

“The real safeguard is the one that Attorney General Sessions is reversing — that would have prevented local law enforcement from circumventing more restrictive state forfeiture laws that are trying to protect against civil liberty violations.”

Top photo: U.S. marshals post a copy of a federal government complaint on the door of the Razi School in 2009 in New York. The school was among the assets seized by the federal government in a civil complaint in federal court seeking the forfeiture of more than $500 million in assets of the Alavi Foundation and an alleged front company.