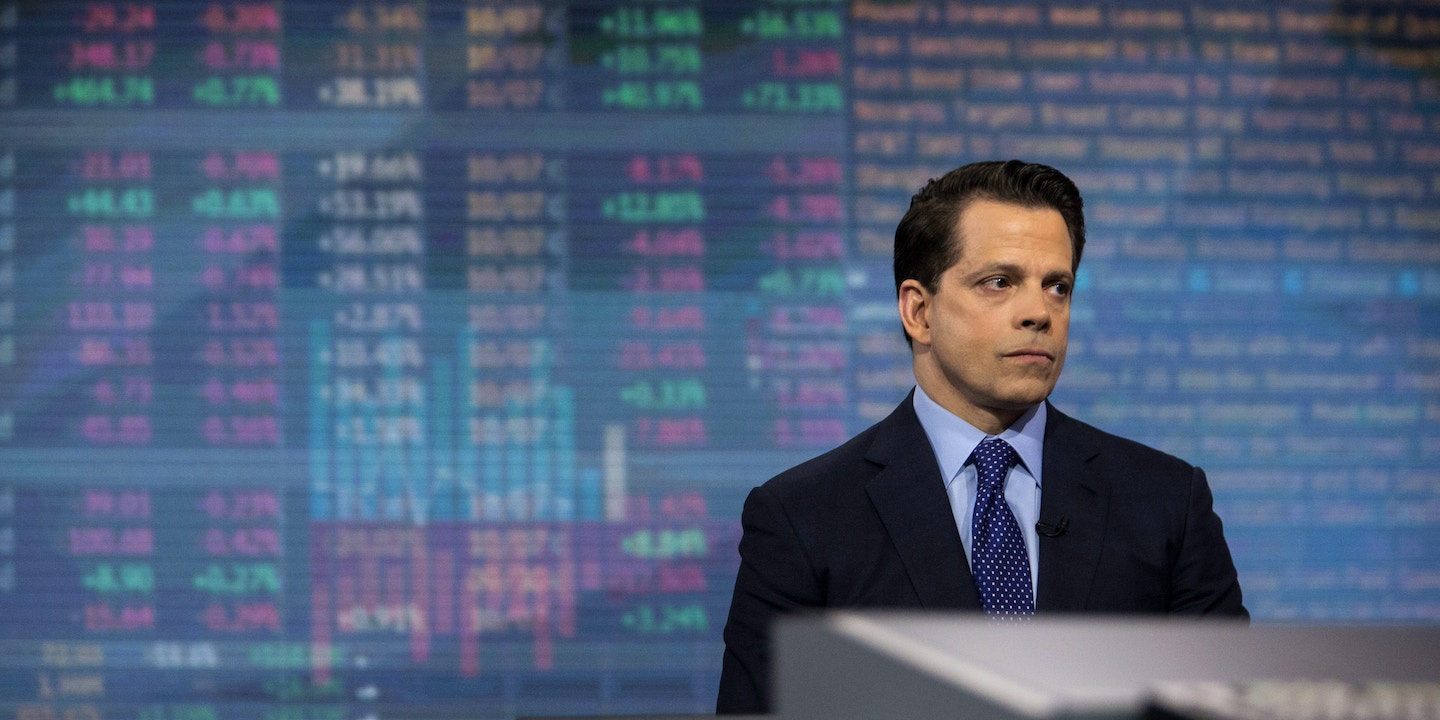 Anthony Scaramucci is nothing if not a visionary.

The brash former hedge fund manager was named communications director for the White House on Friday, but he’s been sharing his thoughts about politics for a long time now.

And Scaramucci has donated enormous amounts of money to a wide panoply of politicians. He was national finance co-chair for the 2016 Scott Walker presidential campaign, raised money for Jeb Bush, and then personally maxed out to Trump’s campaign and gave $100,000 to Rebuilding America Now, a pro-Trump Super PAC. His hedge fund, Skybridge Capital, also donated $75,000 to a Mitt Romney Super PAC in 2012 and $100,000 to Karl Rove’s Super PAC in 2013.

All of Scaramucci’s Super PAC contributions would have been illegal before the Supreme Court’s 2010 Citizens United decision.

Notably, in 2011 Scaramucci described the significance of Citizens United in ways strikingly similar to the views of the ruling’s critics — and strikingly different from the court majority’s blasé perspective on whether its decision would make the U.S. political system more corrupt.

Scaramucci’s outlook was quoted in a New Yorker article about how deeply the feelings of Wall Street’s super-rich were being hurt by even the mildest criticism from Barack Obama.

According to the piece, one evening after the day’s activities at an annual hedge fund conference Scaramucci organizes in Las Vegas, he and 20 “financiers and politicians” enjoyed an eight course dinner of “blinis with caviar; a fennel, grapefruit, and pomegranate salad; cocoa-encrusted beef tenderloin; and blue-cheese panna cotta.”

The wealthiest guest was another hedge fund manager, billionaire Leon Cooperman. By that moment Cooperman had garnered attention for repeatedly comparing Obama’s 2008 election to the rise of Hitler. (Cooperman claimed he didn’t mean they were similar as people.)

Here’s what Scaramucci said about Citizens United, himself, and Cooperman:

Scaramucci, the organizer of the dinner, told me the next day that the guests had witnessed the “activation” of a “sleeper cell” of hedge-fund managers against Obama. “That’s what you see happening in the hedge-fund community, because they now have the power, because of Citizens United, to aggregate capital into political-action committees and to influence the debate,” he said. “The president has a philosophy of disdain toward wealth creation. That’s just obvious, O.K.? We talked about it all night.” He later said, “If there’s a pope of this movement, it’s Lee Cooperman.”

By contrast, here’s what the conservative Supreme Court majority proclaimed in the Citizens United decision:

[W]e now conclude that independent expenditures, including those made by corporations, do not give rise to corruption or the appearance of corruption. That speakers may have influence over or access to elected officials does not mean that those officials are corrupt. The appearance of influence or access, furthermore, will not cause the electorate to lose faith in our democracy.

Now get this: The politicians in attendance at the dinner were Al Gore and the then-mayor of Los Angeles, Democrat Antonio Villaraigosa. Villaraigosa was so eager to hear more about Cooperman’s fascinating ideas that, according to the New Yorker, he gave the hedge fund manager his direct phone number. Now out of office, Villaraigosa is running for governor of California in 2018.

So on the one hand, there’s actual hedge fund manager Scaramucci celebrating the fact that thanks to Citizens United, he and his friends “now have the power” to “aggregate capital” to change U.S. politics. On the other hand, the Supreme Court is certain that Americans won’t “lose faith in our democracy” just because a Democratic politician feels he has to cozy up to a billionaire who believes that Obama’s election was kind of like Hitler taking power.

“Apparently the sleeper cell has now seized the White House communications office,” says Robert Weissman, president of the consumer advocacy organization Public Citizen. “But that’s less eyebrow-raising than it might be, since they also have an accessory in the Oval Office.”

Top photo: Anthony Scaramucci during a television interview in New York on April 18, 2017.