Steve Bannon is pushing for tax reform to include a new 44 percent top marginal tax rate, hitting people who earn more than $5 million a year. 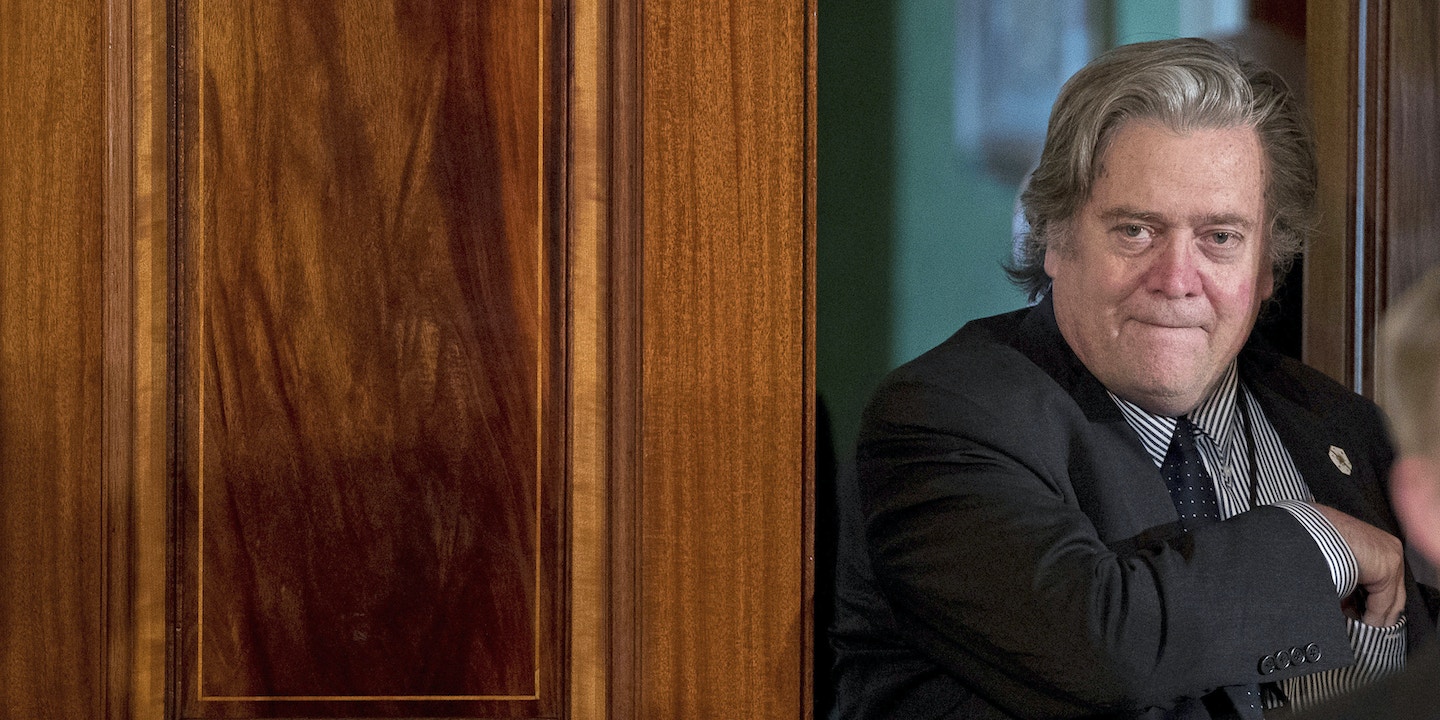 Top White House adviser Steve Bannon is pushing for tax reform to include a new 44 percent top marginal tax rate, hitting people who earn more than $5 million a year, with the revenue paying for tax cuts for the rest, according to three people who’ve spoken to him recently.

The top rate is now 39.6 percent and most Republicans have been planning to lower it significantly as part of tax reform. The plan Trump put out previously would have only three brackets, with the top one brought down to 35 percent.

Raising taxes on the very rich has been a rare policy that President Donald Trump has publicly espoused throughout much of his life. On Tuesday, he told the Wall Street Journal, “If there’s upward revision it’s going to be on high-income people.”

“I have wealthy friends that say to me, ‘I don’t mind paying more tax,’” he said. White House spokesperson Sarah Huckabee Sanders was pressed on Trump’s comment at a televised briefing Wednesday, and said that further specifics of the plan would be released shortly, with an emphasis on tax cuts for the middle class.

Axios previously reported that Bannon was looking to raise the top marginal rate to “something with a four in front of it,” but the 44 percent bracket for those making $5 million and above is a more fleshed out proposal. Bannon has described himself as an “economic nationalist” and has pushed a populist agenda both through his previous outlet Breitbart News and as an adviser to Trump. That contrasts with what Bannon calls the “globalist” wing of the party, made up by people like economic adviser Gary Cohn (though both Cohn and Bannon come from Goldman Sachs).

When the broad outline of the tax hike was reported earlier, Breitbart covered it favorably. The hike on the very rich would face stiff opposition from congressional Republicans but find favor with Democrats.

According to IRS data, just over 43,000 people filed tax returns for the year 2014 claiming income of at least $5 million, accounting for $600 billion in taxes, or 8.8 percent of the total taxes paid.

The new rate would only apply to about a third of that money, as the 44 percent kicks in at the $5 million level. Still, the hike would pull in around $18 billion per year, or $180 billion over 10 years.

Take a survey: Should Democrats negotiate with Trump on tax reform?

Top photo: White House Senior Adviser Steve Bannon arrives ahead of a news conference in the East Room of the White House in Washington on April 20, 2017.