Police officials in Baltimore are leaving the door open to letting cops off the hook despite the video evidence. 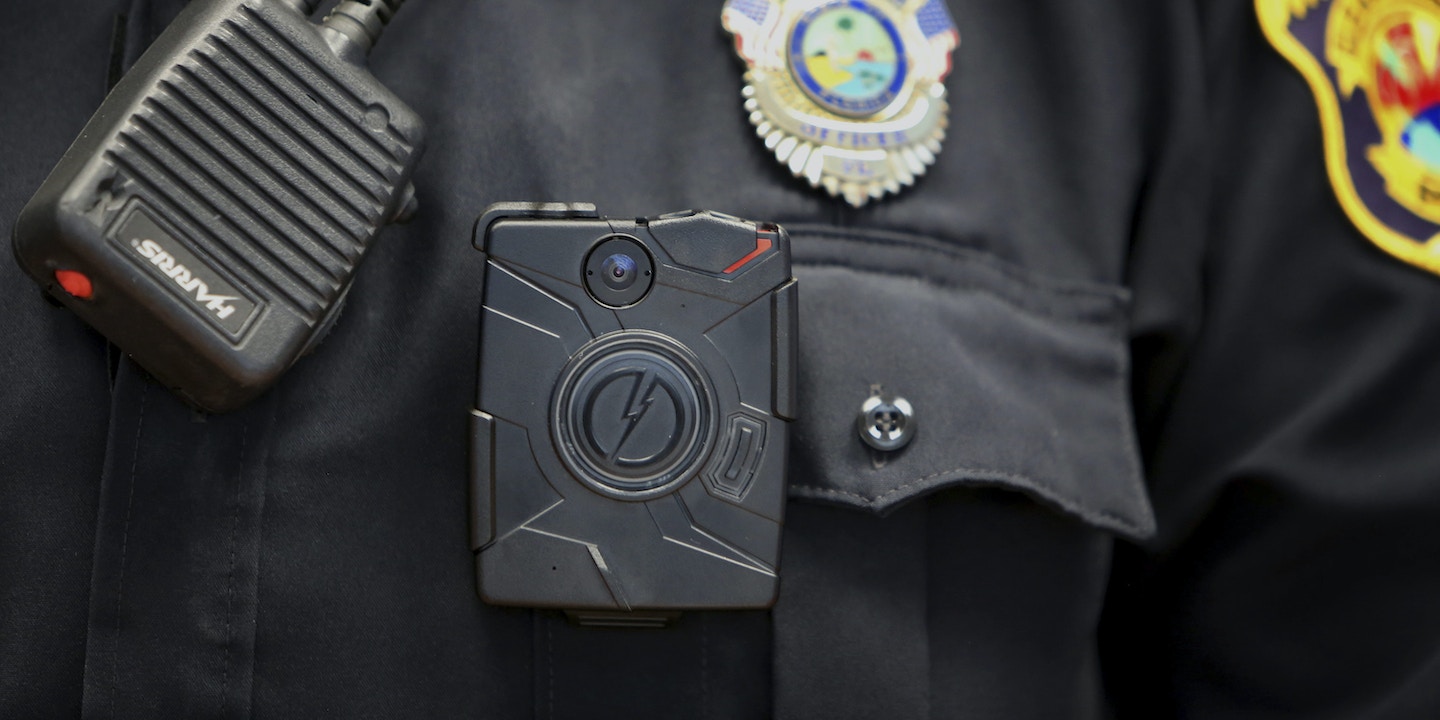 Baltimore has been wrestling with yet another police scandal. Last month, the city public defender’s office discovered body camera footage showing a local cop placing a bag of heroin in a pile of a trash in an alley. The cop, unaware he was being filmed, walked out of the alley, “turned on” his camera, and went back to “find” the drugs. The cop then arrested a man for the heroin and placed him in jail. The man, who couldn’t afford to post the $50,000 bail, languished there for seven months. He was finally released two weeks ago, after the public defender’s office sent the video to the state attorney.

The officer, Richard Pinheiro, has been suspended with pay, while two other cops in the video have been placed on administrative duty as the investigation pends. More than 30 other cases the three officers were to serve as witnesses for are now being dismissed. On Monday night, the Baltimore Sun reported that the public defender’s office found a second video that appeared to show different cops “manufacturing evidence.” (The second video has not been released.)

Now, as the credibility of the entire police-worn body camera program is called into question, the public anxiously waits to see if these two videos will actually lead to any sort of consequences. At a press conference on August 2, Baltimore Police Commissioner Kevin Davis stressed that the body camera program — which he’s committed to — is still fairly new, and there have been some understandable growing pains as officers adjust to the new technology. “While [those gaps in video footage were] ugly, and while I’m disappointed that officers in these two incidents did not have their cameras on, I think it’s irresponsible to jump to a conclusion that the police officers were engaged in criminal misconduct,” he said, urging the public to withhold its judgment until the investigation is complete.

“This is a critical test, and so far the BPD is failing,” said David Rocah, the senior staff attorney for the American Civil Liberties Union of Maryland. “The only way not to fail is for these officers to be held accountable, at least at the departmental level. And if that doesn’t happen, and they don’t suffer the most serious consequences, then I think the body camera program, and all the hopes for it, will have been set back almost irreparably.”

The revelations in the Baltimore case came on the heels of a recent police shooting in Minneapolis, where a local officer fatally shot a white woman who had called 911 to report a possible assault behind her house. The officer had his body camera turned off, so there is no video evidence of the incident. In response to the shooting, the Minneapolis police chief resigned, and the city’s police department updated its body camera policy, outlining more concretely when cameras must be activated.

Baltimore, however, doesn’t have Minneapolis’s problem of a vague policy. The Maryland city developed relatively strong guidelines for their body camera program, which was rolled out in May 2016. Under the policy, unless it’s unsafe, impossible, or impractical to do so, Baltimore cops must activate their cameras “at the initiation of a call for service or other activity or encounter that is investigative or enforcement-related in nature.”

It’s hard to overstate just how devastating this news is for Baltimore – a city desperately trying to restore trust between its residents and the police. In 2016, the prosecution of six officers charged with Freddie Gray’s death in police custody ended with no convictions; the Department of Justice published a damning report finding Baltimore cops engaged in systemic racism and cruelty toward survivors of sexual assault; and, on top of everything else, Bloomberg revealed that the police had been secretly filming the city for months from small planes in the sky. Baltimore is also reckoning with several years of staggeringly high homicide rates, claiming over 200 murders already this year. At a press conference on July 19, Davis, the police commissioner, emphasized that he understands the gravity of the body camera allegations. “There’s nothing that deteriorates the trust of any community more than thinking for one second that uniformed police officers — or police officers in general — would plant evidence of crimes on citizens,” he said. “That’s as serious as it gets.” Davis also left open the possibility that the officers were re-enacting a drug discovery.

However, Rocah, the ACLU attorney, who served on a city working group to develop recommendations for Baltimore’s body camera program, said the fact that stronger disciplinary action hasn’t already been taken against Pinheiro — and that he’s still getting paid — is wholly indefensible.

“If you take their story at face value — and, frankly, why would anyone do that? — but if you do, they were engaged in a good-faith search when they found the drugs. And when they realized they had turned off the cameras they decided to recreate it with cameras on,” Rocah told The Intercept. “That’s also called lying, which is both potentially criminal and a violation of department rules.”

Complicating matters further is a Maryland Court of Appeals decision from 2015, which held that victims of police misconduct do not have a right to learn about departmental investigations into their complaints, including whether discipline was ultimately imposed. The Maryland State Police successfully argued in court that such documents are confidential “personnel records” that cannot be disclosed through the state’s public record law. The Maryland ACLU has since been pressuring the legislature to allow for public access to police misconduct records, to little avail.

What this means is that, although the credibility of Baltimore’s police body camera program hangs in the balance, the department may not actually share the details of its investigation — or its outcome — with the public.

The Intercept asked the Baltimore police department if it would tell the public if it moved to discipline Pinheiro, through firing or otherwise. T.J. Smith, the spokesperson for the department, responded, “We aren’t at that point, and I’m not going to speculate.”

All of this comes in the context of a president who just last week endorsed police brutality in front of a crowd of law enforcement officers, and an attorney general who once called court-ordered consent decrees — which are legal settlements between a city and the Justice Department overseen by a federal judge — “undemocratic” and “dangerous.” (Baltimore’s police department, to its credit, remains committed to its new police reform consent decree, even as other cities, such as Chicago, have been shirking similar tools since Trump came to power.)

“The White House wants to use surveillance tools when it’s beneficial to them, but shut them down or preclude your access when it hurts,” said Anne McKenna, a visiting law professor at Penn State University and an expert on technology and surveillance. “You have a president who doesn’t want White House press conferences to be recorded, while he goes around delegitimizing what the news media reports. His actions have been incredibly frightening for civil liberties and First Amendment rights.”

The Department of Justice declined The Intercept’s request for comment on the incidents in Baltimore and Minneapolis, and whether its position on body cameras remains as it had been under former President Barack Obama. The Obama administration, which endorsed body cameras as an effective tool to promote police accountability, released guidelines for body camera implementation in 2014, later awarding over $20 million to law enforcement agencies to establish body camera programs.

Lindsay Miller Goodison, a senior researcher with the Police Executive Research Forum who helped the DOJ develop its body camera guidelines, couldn’t say how many agencies currently use body cameras and of those agencies, how many have written policies. “I don’t think anyone has done a comprehensive survey to really get those numbers clearly,” she said.

In terms of accountability, Miller Goodison acknowledged guidelines did not wade into specifics about what accountability should look like if police officers violate body camera policies. “We focused on accountability mechanisms but, with 18,000 police agencies across the country, it would be pretty hard to come up with an appropriate list of consequences.”

Top photo: Police officer Craig Murray is geared with a body camera during a training session in Clearwater, Fla., on July 7, 2015.