Asylum seekers stranded in the island’s Moria camp were beaten after holding a protest calling on Greek authorities to let them travel to the mainland.

After six years of fleeing one home after another in Syria, the Koussa family thought that when they made the difficult decision to leave for Europe, their running might finally come to an end.

But the day after arriving by rubber dinghy from Turkey to the Greek island of Lesbos, they were again fleeing.

“Today is a repeat of what happened in Aleppo when everyone grabbed their kids and fled to safety,” Noura Koussa said.

On July 18, the Koussas and hundreds of other asylum seekers streamed out of the main gate of the Moria refugee camp on Lesbos. Tear gas made it hard to breathe, and many left their possessions inside, clutching only their crying children in their arms as they ran up the road and into the fields away from the camp.

Inside Moria, the protests had ended, but the police repression was ongoing. The loud explosions of tear gas canisters, which many mistook for live gunfire, echoed in the surrounding hills. Large plumes of smoke billowed from tents that had been set on fire, while firefighting airplanes flew low overhead.

“We were locked in the area around our tent. If someone didn’t open the gate to free us, we wouldn’t have been able to escape,” Koussa told The Intercept.

Like thousands of people who have paid smugglers for passage to the Greek islands in recent months, the Koussas were brought to Moria to register their asylum claims. They were unaware that tensions on Lesbos had been steadily rising, with asylum seekers stranded in the island’s crowded camps.

In March 2016, when the countries along the so-called Balkan route shut their borders and the EU agreement with Turkey went into effect, making it harder to reach the Greek islands and seek protection in Europe, the number of refugees arriving from Turkey decreased dramatically. Yet people continue to come, and recent months haves seen a slight increase, especially in women and children. Since May, according to the U.N. refugee agency, at least 2,000 people have arrived to the Greek islands every month.

Once on Lesbos, families tend to fare better than men traveling alone. After registering with Greek authorities, families are often transferred to less crowded camps, and their paperwork is processed more quickly. Many men on the island say they’re faced with more dismaying options: try to make it to the mainland illegally or stay in Moria until decisions are made about their asylum requests — which can take many months, and sometimes more than a year.

“I feel like [Moria] is a prison,” said “Bolonto,” an asylum seeker from West Africa who asked that his real name be withheld because of his pending asylum claim and fear of retaliation from police. “Living [surrounded by] a fence, police around [when] you’re going for food … it feels like I’m living the life of a prisoner in Europe.”

Bolonto, who has lived in Moria for nearly a year, blames anti-black racism by Greek and European authorities as the main reason his asylum claim and those of many other sub-Saharan Africans aren’t treated seriously, and he rejects the term “economic migrants.” “When they say your country at war, it doesn’t mean you should hold a gun. … War happens in different ways in different countries.”

After three asylum seekers died in Moria over the winter, likely from carbon monoxide poisoning caused by faulty heaters, Bolonto and others began demonstrating to be allowed off the island. They’ve held protests in central Mytilene, the capital of Lesbos, and outside the island’s main seaport. On July 17, leaders from different communities within Moria called for protests to be held outside the asylum service. The demonstration ended peacefully, but their demands were not met, so they decided to protest again the following day.

Witnesses said that clashes began after some of the protesters tried to stop a vehicle from entering the camp and police fired tear gas to disperse the crowd. The families, locked into a section close to the camp’s entrance, managed to escape to the street outside. Those who lived deeper inside Moria remained behind and took shelter inside their tents and containers.

Bolonto had been at the protests in the morning but returned to his container before the clashes broke out. He stayed inside with several others, including a pregnant woman, while the police went door to door arresting people.

When they arrived, the beating came quickly. “One of the police guys, a huge one, hit my head on the door,” Bolonto said. “I went for black out for like three or four minutes. After I started regaining my consciousness, I saw the policeman push the pregnant woman on the floor and kick her in front of my own eyes.”

Bolonto was treated at the hospital and released that evening; the woman was taken to Athens for treatment not available on the island.

The events that day were captured on cellphone video recorded by activists and others in and around Moria. Footage clearly shows Greek police chasing down asylum seekers and beating them, including some who had already been handcuffed. Several refugees sustained injuries, some with broken limbs. Thirty-five were arrested.

In a statement, a dozen Greece-based NGOs condemned the “police violence” and “harsh criminal treatment of migrants and refugees,” which the groups said “cast serious doubts on the level of protection of the rights in our country.”

The Hellenic Police did not respond to The Intercept’s request for comment, though police on Lesbos told staff from Amnesty International that an internal investigation into the allegations of abuse and mistreatment has been ordered. They also informed Amnesty that 12 officers had sustained injuries during the clashes.

For the asylum seekers arrested, the charges include arson, rioting, and property damage. If convicted, they could face jail time and lose their right to asylum in Europe.

Lorraine Leete, a lawyer from Legal Centre Lesbos who is among those representing the asylum seekers, disputed the charges. “There’s very little evidence that we’ve seen so far that actually implicates them in any of the destruction of property,” she said.

“The majority of the people who took part in the protest … were from sub-Saharan Africa, were black refugees. And also the people arrested were mostly black refugees. We believe they were arrested just because of their race and location in the camp,” Leete explained. “And so we’re really worried that this case is going to be used as a punishment of refugees trying to organize for their rights here.”

A week after the clashes, a group of villagers from the towns of Moria and Panagiouda staged their own anti-immigrant protest. They chanted that refugees should be placed on boats and deported and claimed that the island was “turning into Africa.” One demonstrator threatened to “get my gun” if the government didn’t remove refugees from Lesbos.

For those volunteering to support refugees on the island, the blame falls on the European Union and its unsustainable deal with Turkey.

“People will continue to flee situations that are unsafe for them. They’re going to be continuing to try to reach safety in Europe,” said Leete. “The closure of the borders last year with the EU-Turkey deal isn’t going to change that.”

After many hours of seeking shelter in the olive trees around Moria, the Koussas and hundreds of others were able to return to the camp, the stability they’ve sought for years still beyond reach.

“We are born to live life, to raise our children, and give them a future,” Noura Koussa said. “We’re not meant to live a life of fleeing and fear that we can be killed at anytime.” 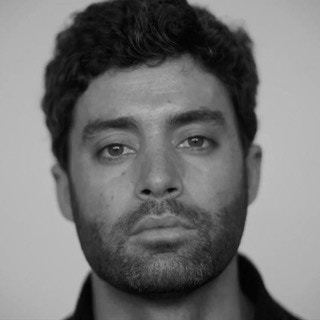