Lawmakers who had previously pushed to shield drivers who killed protesters with moving vehicles are largely standing by their various efforts. 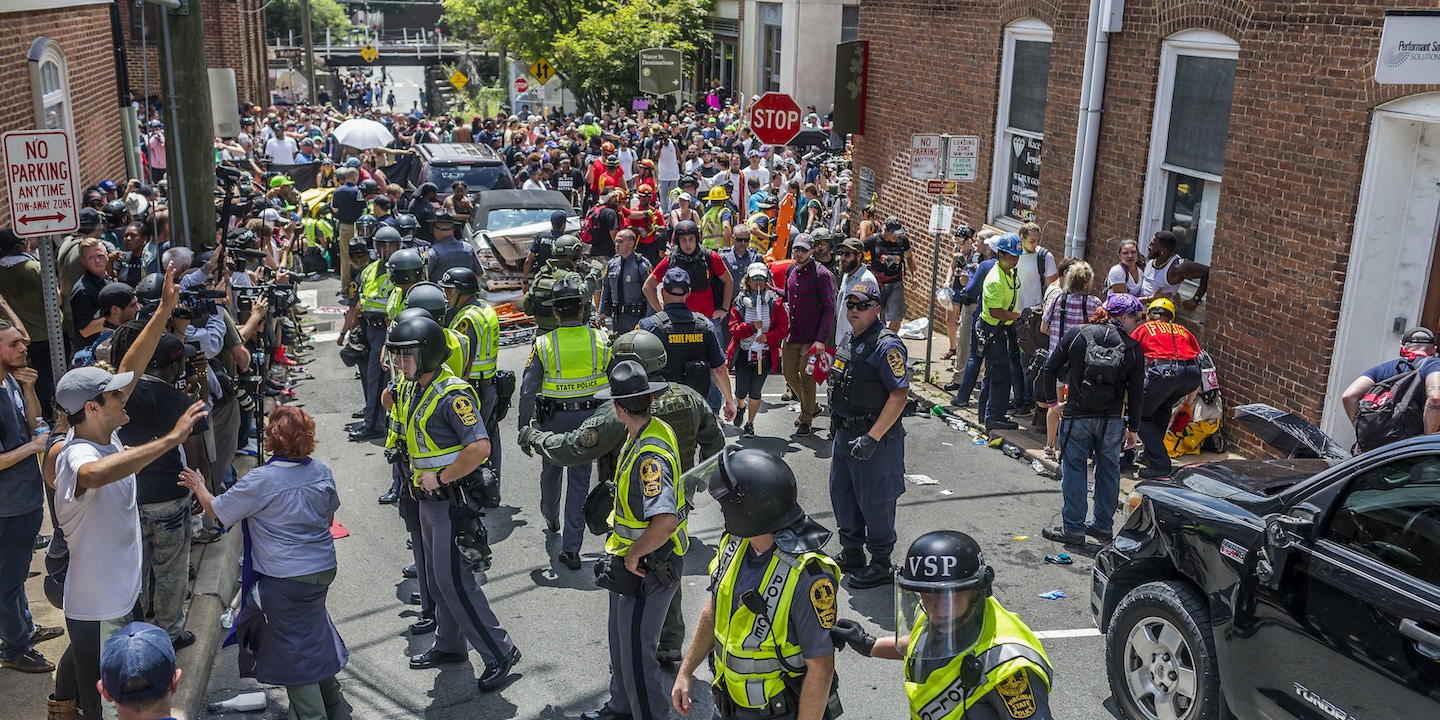 In the aftermath of the murder of activist Heather Heyer in Charlottesville, Virginia, state legislators who had previously pushed to shield drivers who killed protesters with a moving vehicle are largely standing by their various efforts, arguing that their legislation would not have applied in this weekend’s attack.

Before the killing on Saturday, a swath of bills had been proposed around the country, largely in the South and primarily in response to Black Lives Matter and Dakota Access Pipeline related protests. The bills targeted leftist demonstrators who have increasingly shut down traffic by blocking roads and highways to bring attention to their cause.

Under the proposed laws, motorists who struck and killed such protesters would have special immunity in certain circumstances, as long as it wasn’t proven that they acted deliberately. Heyer was struck by a car allegedly driven by James Alex Fields Jr., a young man who is a supporter of white nationalist causes.

None of the proposed motorist immunity bills — debated in half a dozen states and backed by far-right personalities and law enforcement interests — have been made into law. Rather than backing away from the policy in light of the events in Charlottesville, legislators are doubling down.

In Texas, state Rep. Pat Fallon introduced a bill to limit the liability of motorists responsible for hitting individuals who are “blocking traffic in a public right-of-way while participating in a protest or demonstration.” The Combined Law Enforcement Associations of Texas, a statewide coalition of municipal and county police associations, lists Fallon’s bill among legislation supported by CLEAT. (Cleats are the spikes on the bottom of athletic shoes.)

In response to criticism over the weekend, Fallon doubled down on social media, implying that his critics don’t know the difference between legal and illegal protest (the Facebook status he links to has been deleted):

North Carolina’s version of the immunity bill, HB 330, passed the lower chamber of the legislature in April. The text of the bill says that a “person driving an automobile who is exercising due care and injures another person who is participating in a protest or demonstration and is blocking traffic in a public right-of-way is immune from civil liability for the injury.” The definition of “due care,” of course, would be highly debatable.

On Monday morning, the bill’s co-sponsors, state Reps. Justin Burr and Chris Millis, released a joint statement defending their legislation and claiming it would not apply in the context of Charlottesville.

“It is intellectually dishonest and a gross mischaracterization to portray North Carolina House Bill 330 as a protection measure for the act of violence that occurred in Charlottesville this past weekend,” they wrote in a statement given to The Intercept. “Any individual who committed a deliberate or willful act, such as what happened this weekend in Charlottesville, would face appropriately severe criminal and civil liabilities.”

A spokesperson for North Carolina Gov. Roy Cooper, a Democrat, said on Monday that the governor would veto the legislation if it reached his desk.

North Carolina Democratic Party Chair Wayne Goodwin lashed out at the bill on Monday. “This was a horrible and dangerous piece of legislation when Republicans introduced it, and it remains an unnecessary bill today,” he told The Intercept. “The right to peacefully demonstrate is a cornerstone of American democracy; however, with this bill, North Carolina Republicans are threatening that right by giving certain drivers a free pass to run over protesters without any fear of civil liability. After the events in Charlottesville, when a domestic terrorist murdered a peaceful protester with his car, it’s unconscionable that Republicans still think this is a worthy cause.”

Similar bills have been proposed in Rhode Island, North Carolina, Tennessee, and North Dakota. While it’s unclear if any major interest groups beyond law enforcement have supported the idea, police union support alone can provide publicity and legislative traction.

In Florida, state Sen. George Gainer sponsored SB 1096, a bill that limits liability for motorists responsible for the unintentional injury or death of protesters obstructing traffic. The Florida State Fraternal Order of Police, an association that represents 22,000 law enforcement personnel in the state, held a press conference to support the Gainer bill. The legislative newsletter sponsored by the Florida FOP features an image of law enforcement officers standing behind Gainer to pledge support for the measure. 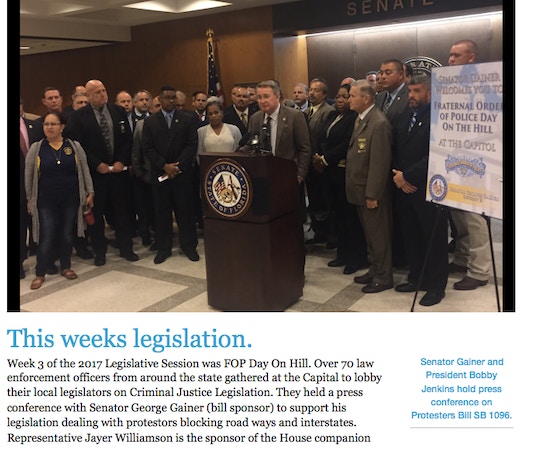 The Florida bill, however, died in committee before reaching a vote.

But the violence last weekend hasn’t prevented some law enforcement voices from continuing to press the issue.

And on YouTube and other platforms frequented by far-right voices, many have celebrated the effort to crack down on protests that block traffic. Donut Operator, a YouTube personality known for posting “Blue Lives Matter” videos in support of law enforcement, has published videos in support of the laws designed to limit the liability of motorists. In one such video in support of the North Carolina legislation, Donut Operator ends his monologue with a gleeful compilation of cars plowing through crowds of demonstrators.

Top photo: A motorist drives into a crowd of counter-protesters during the “Unite The Right” rally in Charlottesville, Va. on Aug. 12, 2017.