Internal documents to reverse a proposed ban on chlorpyrifos offer no evidence that the agency considered the pesticide’s damaging effects on children’s brains. 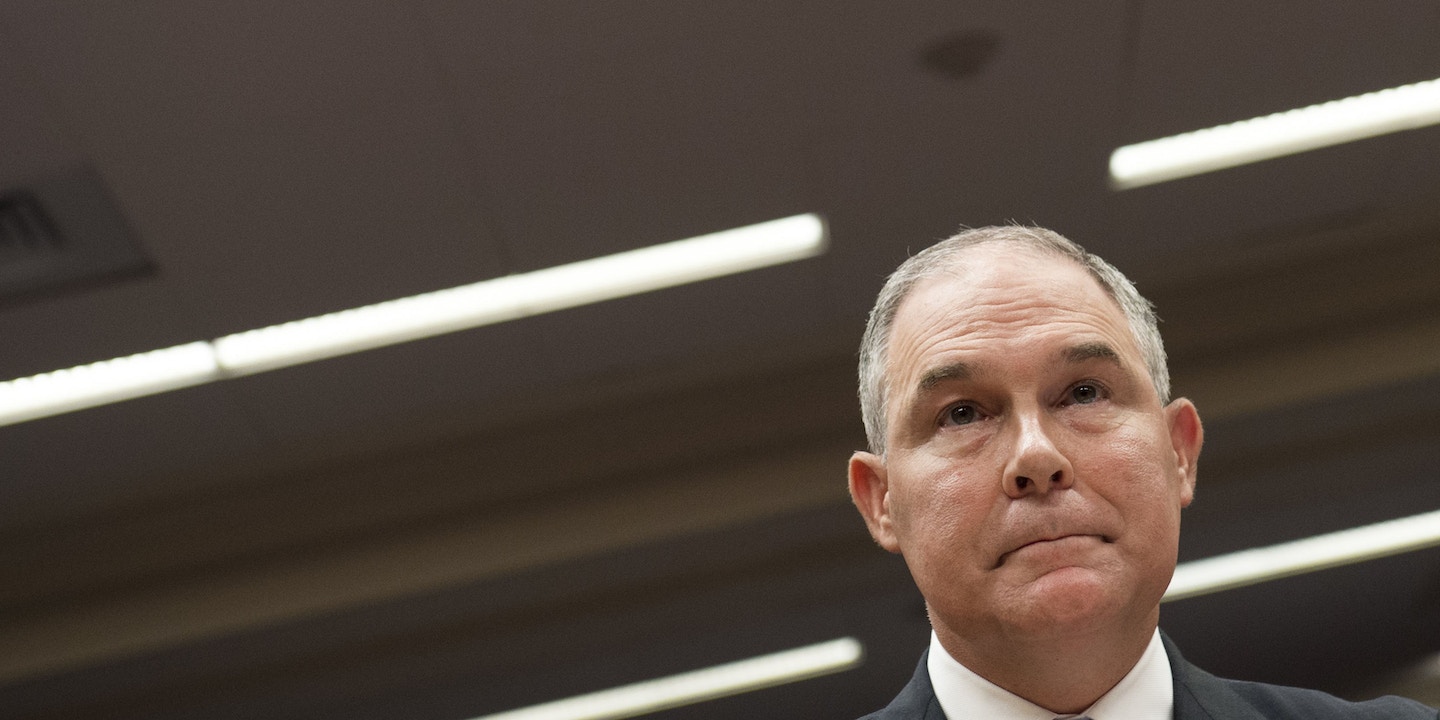 Before the Environmental Protection Agency issued its March 29 decision to reverse a proposed ban on the pesticide chlorpyrifos, the agency considered information from industry groups that wanted to keep it on the market, according to internal agency documents. But the heavily redacted documents may be most notable for what they do not include.

The Intercept obtained internal emails, reports, and memos via a Freedom of Information Act request for materials used to brief EPA Administrator Scott Pruitt on chlorpyrifos.

Although the documents reflect several direct communications between the EPA, big agricultural groups, and, in one instance, Donald Trump, they included no evidence that the agency met with environmental or public health groups or weighed concerns about the pesticide’s damaging effects. There was also no substantive discussion of the many studies detailing health effects. The story that emerges from the documents is a simple one of agricultural industry lobbying and, after its success, celebration.

Before the presidential election, the EPA had proposed banning chlorpyrifos based in part on evidence that the chemical causes lasting harm to children’s brains, including attention problems, memory loss, tremors, and autism. In reports issued in 2014 and 2015, the agency acknowledged research showing that children exposed to chlorpyrifos were more likely to have certain developmental problems. In November the EPA issued a report recommending a ban. A 90-day waiting period pushed the finalization of the ban into March, after Trump’s inauguration.

The industry argument for keeping chlorpyrifos on the market — that the pesticide is an essential tool for farmers — was well-represented in the documents. The issue came up at a March 1 meeting at EPA headquarters, where members of the Washington state chapter of the American Farm Bureau Federation met with Pruitt and requested a more “reasonable approach” to regulating chlorpyrifos. Don Benton, who was then serving as a senior White House adviser, assured the industry representatives that “the new administration is committed to developing new relationships between EPA and the agricultural community, a relationship based on partnerships, not on regulations and enforcement.”

EPA staff members were also in close communication with the National Association of State Departments of Agriculture, a group that wrote to Pruitt on March 8 expressing its opposition to the ban and met with EPA staff on March 29, the day the decision on chlorpyrifos was announced. Barbara Glenn, the group’s CEO, served as senior vice president of science and regulatory affairs for the pesticide industry group, CropLife America, from 2010 to 2014.

The documents also included a Feb. 9 letter to Trump from a group of executives who identified themselves as “representing the production agricultural value chain.” The group, which included CEOs from CropLife America, the Fertilizer Institute, and the American Soybean Association, asked for a “firm commitment by the US government to aggressively support agricultural innovation and science-based regulatory decisions that will be necessary to ensure farmers have the tools they need.”

The agency withheld much of the requested information, with 460 redacted sections in the 722-page release. Numerous internal emails about logistics indicate that EPA staff held several meetings throughout March on chlorpyrifos, which they had dubbed a “hot regulatory issue,” but the documents provide little clarity on what was said at those meetings. Many pages are covered by a white box labeled “Ex. 5 – Deliberative Process,” a reference to “Exemption 5” under the Freedom of Information Act, which gives agencies discretion to withhold several broad categories of internal communications.

After the EPA announced that it was reversing its previous decision to ban chlorpyrifos, the American Corn Growers Association applauded the decision, the AFBF wrote to the EPA expressing its gratitude, and the CEO council that had written to Trump kicked off a March 30 meeting with a thank you to Pruitt and the Trump administration for their “decisive action” on chlorpyrifos. Also, according to the EPA documents, Dudley Hoskins, the NASDA public policy counsel, dropped a note to EPA staffers, thanking them for meeting with him and for “all that you do!”

Top photo:EPA Administrator Scott Pruitt testifies about the fiscal year 2018 budget during a Senate Appropriations Subcommittee on Interior, Environment, and Related Agencies hearing on Capitol Hill in Washington on June 27, 2017.