Trump’s Afghanistan speech should serve as a moment to seriously examine the trajectory of the U.S. war machine from 9/11 to the present. 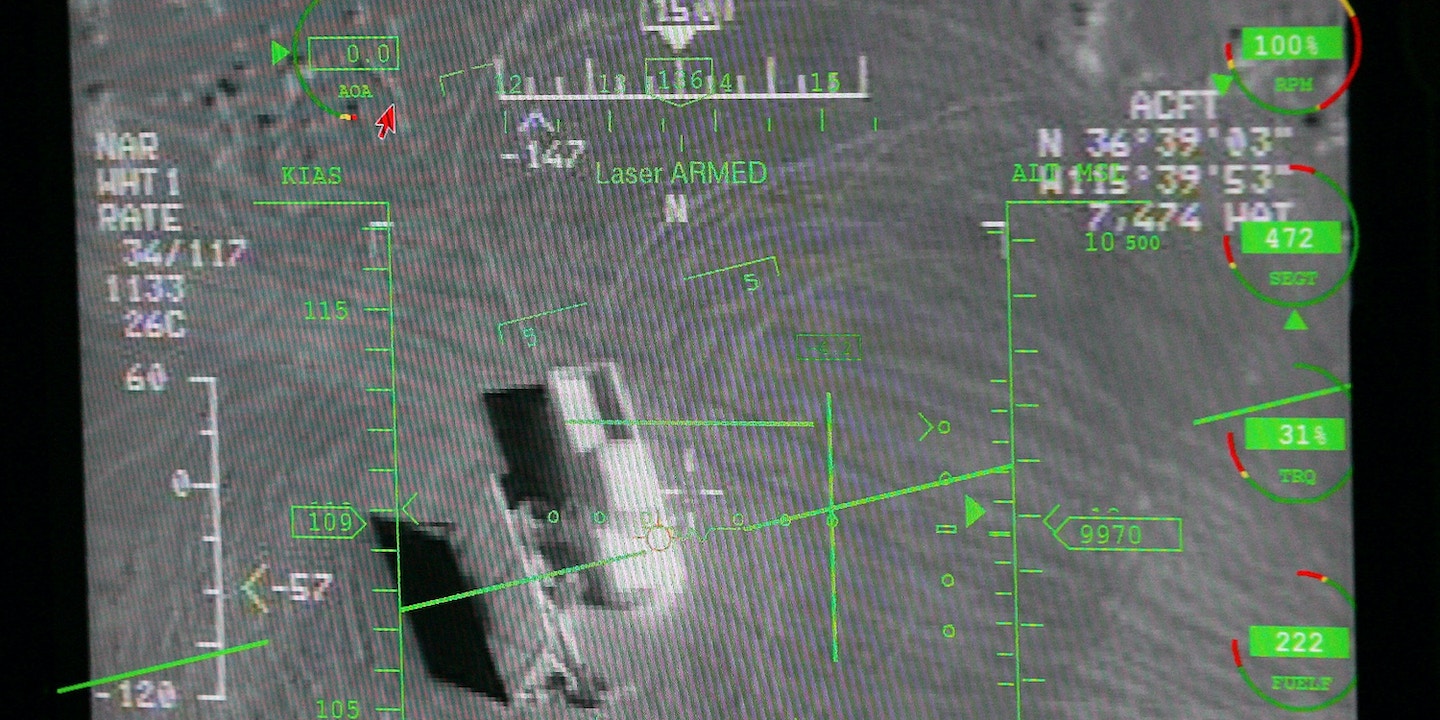 Donald Trump’s speech on Afghanistan will briefly turn the media spotlight onto America’s longest war. Much of the media analysis will undoubtedly be about how the speech impacts Trump politically. Given the events of the past week, it seems unlikely that Democratic pundits will repeat their inane praise of the State of the Union address, in which Trump apparently became presidential for the first time. But this speech should serve as a moment to seriously examine the trajectory of the U.S. war machine from 9/11 to the present.

Amid the deluge of scandal, incompetence, and bigotry emanating from the Trump White House, the relative calm of the Obama era seems like a far-off galaxy. The reality that Trump may not even finish a full term as president, either due to removal or resignation, means that the palace intrigue must be reported on thoroughly by the press. But a dangerous consequence of the overwhelming, obsessive focus on the daily Trump affairs is a virtual dearth of coverage on the permanent, unelected institutions of U.S. power, namely the military and the CIA.

Spend just a moment studying moves of the Pentagon and Langley during the Trump era, and you will find that very little has changed in their post-9/11 course. Covert operations continue unabated throughout the Arab world and, increasingly, in Somalia. The U.S. remains in Iraq and Afghanistan and is becoming entrenched more deeply in Syria. If anything, the military and CIA are less restrained and are in greater control of decisions — that arguably create policy rather than implement it — than they were under Obama. And civilians are being killed at a greater rate under Trump, particularly in Iraq and Syria. There are reports that Trump has delegated more unilateral authority to the commanders than his predecessor and has relaxed rules ostensibly put in place to minimize civilian deaths. He has surrounded himself with generals who have spent their lives studying and preparing for war and know how to marshal the resources needed for overt and covert campaigns. This — combined with Trump’s questionable sanity, his pathological addiction to television and Twitter, and his compulsive need to respond to random pundits and congressmen at all hours — removes a crucial component of civilian oversight of the world’s most lethal force.

Years from now, when honest historians and scholars examine the Trump moment, it is certain that among the greatest beneficiaries of his presidency will be the military and CIA. But it would be a mistake to attribute this exclusively to Trump. During the 2016 presidential campaign, Trump, Hillary Clinton — and yes, even Bernie Sanders — all made clear that they supported and would continue the “targeted killing” program.

George W. Bush, Donald Rumsfeld, and Dick Cheney used 9/11 to take the leash off the most unsavory forces in the military and CIA. They empowered the elite Joint Special Operations Command to wage a global, covert war replete with operations kept secret even from U.S. ambassadors and the State Department. The CIA set up black sites and conducted heinous acts of torture with the White House’s blessing.

While Barack Obama did roll back some of the most blatant activities enthusiastically endorsed by Bush and Cheney, he was also a careful manager of empire and in key ways, served as a launderer for operations of some of the most aggressive forces in the U.S. arsenal. He used his credibility among liberals — and the derision hurled at him by conservatives who characterized him as an Islamic-radical-friendly socialist — to legitimize assassination and covert offensive military actions as lawful, moral, and necessary. The patently false allegations from the right that Obama was somehow a dove only served to undermine the severity of military and paramilitary actions he authorized and expanded. In reality, Obama teed up the special operations forces and spooks for Trump to (inadvertently) guide to a new golden age.

Although much attention has been paid to the technology of remote killing, the focus on drones has been in many ways a distraction, a surrogate for what should be a broad examination of the state’s power over life and death. Whether extrajudicial killings are carried out by drones or manned aircraft or special forces operators on the ground, the result is the same. Drones are a tool, not a policy. The policy is assassination.

In the waning months of the Obama presidency, the administration slowly and inadequately revealed some details on the secret drone-based U.S. assassination program. It asserted that a small number of civilians had been killed, and that drone strikes were lawful and generally accurate. Yet by the time Trump took the oath as the 45th American president, the public still remained largely in the dark about the secret process used to decide whose name gets placed on the kill list and the standards used to determine if those people will receive the death penalty without even the pretense of a trial. There was no public accounting by the Obama administration for the countless special operations ground raids conducted across the globe. Those raids and the drone strikes continue, but Trump and his advisers have only been asked about it when U.S. personnel are killed.

The Obama administration boasted its efforts to create a “durable legal and policy framework to guide our counterterrorism actions,” yet it shrouded that framework in secrecy, precluding a full democratic debate over the government’s policy of remotely killing unarmed and unknown people. There is zero chance any such debate will happen under Trump, so the best information available to the public on how the assassination program functions is from the end of Obama’s time in office.

When Obama publicly stated that a small number of civilians had been killed in drone strikes, he said he felt “profound regret,” specifically about Western hostages accidentally killed in a strike on Al Qaeda. In the end, Obama told the public as many as 116 civilians may have been killed in drone strikes conducted during his time in office. But his statistics were highly misleading. As secret U.S. military documents obtained by The Intercept confirmed, the Obama administration as a matter of policy classified unknown persons killed in airstrikes as “enemies killed in action,” even if they were not the intended targets. During a five-month period in Afghanistan, for example, nearly 90 percent of those killed in one high-value campaign were not intended targets. Between January 2012 and February 2013, U.S. special operations airstrikes killed more than 200 people, only 35 of whom were intended targets. All were labeled EKIA, enemies killed in action. 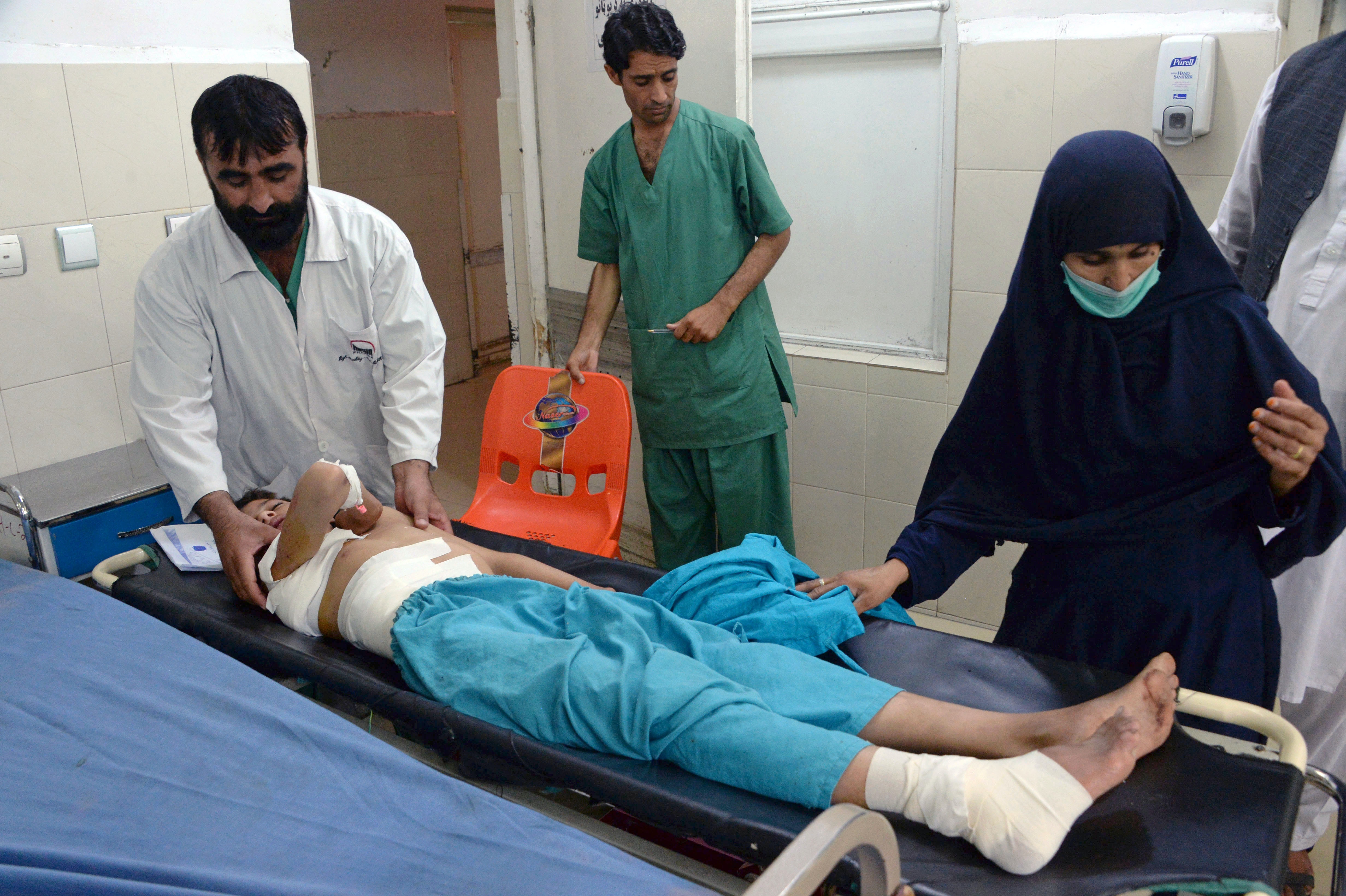 An injured Afghan youth receives treatment at a hospital following a suspected U.S. drone strike that reportedly killed 18 people, including civilians, in the Achin district of Nangarhar province on Sept. 28, 2016.

After many years of warfare, the U.S. military has developed extensive intelligence networks on the ground in Afghanistan. Outside of declared war zones, in Yemen and Somalia, the Executive’s killing program relies on far weaker intelligence sources, especially signals intelligence, which the military’s own documents acknowledged is inferior and unreliable. As a result, the accuracy of its targeting judgments in those regions is likely to be even worse. According to one classified slide, as of June 2012, Obama had authorized the assassination of 16 individuals in Yemen. Yet that year, U.S. strikes killed more than 200 people in that country. The White House has never explained who the overwhelming majority of the dead were and why they were killed.

Congress, despite commissioning a report on the subject from the Congressional Research Service, has avoided legislating the issue or even defining the word “assassination.” Whether one calls the murder a targeted killing or a signature strike, an extrajudicial killing carried out by agents of the U.S. government of a person who poses no imminent and immediate threat to citizens of the United States, in a country with which the United States is not at war, is an assassination.

The Obama administration, by institutionalizing a policy of drone-based killings of individuals judged to pose a threat to national security — without indictment or trial, through secret processes — bequeathed to our political culture, and thus to Donald Trump, a policy of assassination, in direct violation of Executive Order 12333 and, moreover, the Fifth Amendment of the U.S. Constitution. To date, at least seven U.S. citizens are known to have been killed under this policy, including a 16-year-old boy. Only one American, the radical preacher Anwar al-Awlaki, was said to have been the “intended target” of a strike.

Trump may not finish his term as president, but the CIA and the Pentagon will. The unprecedented powers these forces have attained through Democratic and Republican administrations, and continue to accumulate under Trump, should be a permanent focus of media coverage, no matter what horrid bigotry Trump tweets or idiotic quip he makes. History has shown that the unelected national security apparatus does not give back its powers easily.

Many liberals ignored these issues during the Obama presidency, and now they are consumed with the Trump disaster’s 24-hour spectacle of bread and circuses. By all means, let’s have aggressive reporting on the Trump administration, but not at the total expense of monitoring the growing authority of the United States’s most lethal forces.