Undocumented immigrants and their families are being asked to choose between staying put — and trying to withstand a hurricane — or risking deportation. 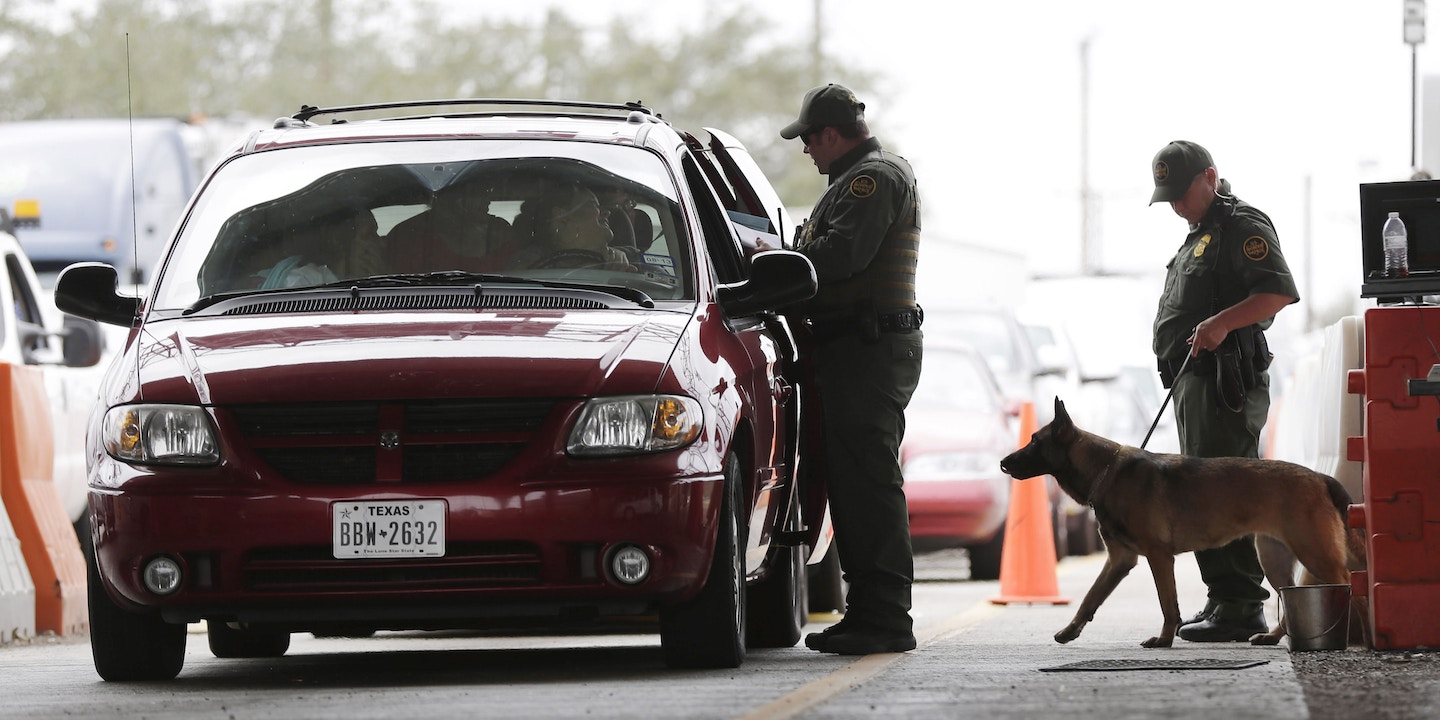 As evacuations are underway for Hurricane Harvey, the Border Patrol is continuing to operate its immigration checkpoints, forcing undocumented immigrants to choose between staying put — and trying to withstand a hurricane — or risking deportation.

The hurricane is expected to be the most powerful storm to land in 12 years, and counties near the southern coast in Texas have ordered thousands of residents to leave, according to NBC.

Jim Burns, a spokesperson for Customs and Border Protection, told The Intercept that “U.S. Border Patrol checkpoints in the path of Hurricane Harvey in Texas will close as state highways close.” So in other words, as long as the highways are functional for evacuation, the Border Patrol will operate checkpoints.

Burns added that Border Patrol checkpoints outside the path of the hurricane would remain operational.

.@CustomsBorder is telling me that immigration checkpoints will stay open as long as highways are open for evacuation: pic.twitter.com/C4F6pGhxGt

“By keeping checkpoints open, the Border Patrol is putting undocumented people and mixed-status families at risk out of fear of deportations,” Praeli said in a statement. “The Border Patrol should never keep checkpoints open during any natural disasters in the United States. Everyone, no matter the color of their skin or background, is worth saving.”

The Border Patrol and CBP had previously provided vague and seemingly contradictory statements on whether checkpoints would stay open. On Thursday, the Border Patrol told the Texas Tribune that “the Border Patrol is a law enforcement agency and we will not abandon our law enforcement duties,” while in an online statement, CBP and Immigration and Customs Enforcement jointly said they would suspend some enforcement activities, but conspicuously avoided the mention of checkpoints. “Routine non-criminal immigration enforcement operations will not be conducted at evacuation sites, or assistance centers such as shelters or food banks. The laws will not be suspended, and we will be vigilant against any effort by criminals to exploit disruptions caused by the storm,” ICE and CBP wrote.

The Border Patrol is very clear in its message, however: that people should continue evacuating despite the checkpoints. Burns told The Intercept: “Anyone in the path of this storm should follow instructions from their local officials and heed any warnings as this dangerous storm approaches.”