After scholars at the New America Foundation criticized Google one time too many, they were abruptly fired. 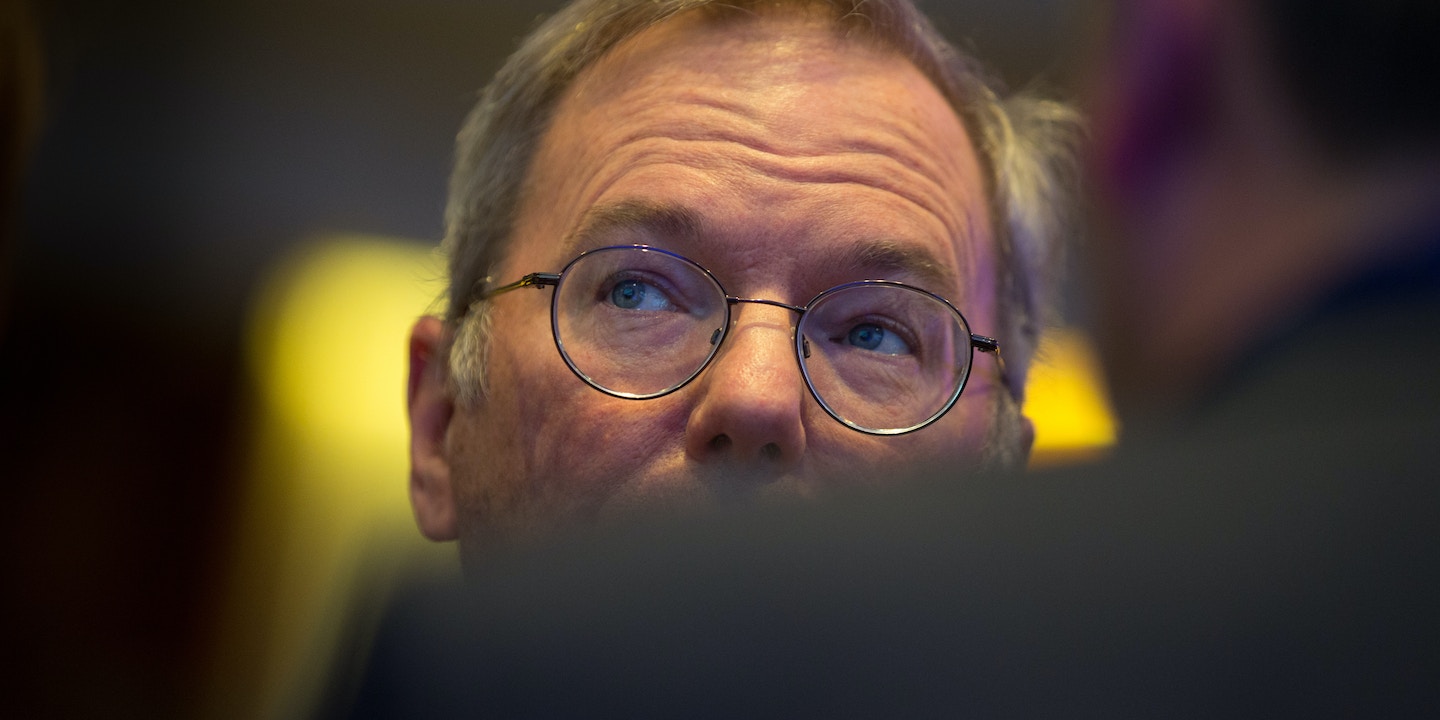 The New America Foundation’s Open Markets group was a rare, loud voice of protest against Google’s ever-growing consolidation of economic and technological power around the world. But New America, like many of its fellow think tanks, received millions in funding from one of the targets of its anti-monopoly work, and according to a New York Times report today, pulled the plug after the company’s chief executive had enough dissent.

After EU regulators fined Google $2.7 billion earlier this summer, Barry Lynn, who ran the Open Markets division, cheered the decision, adding that “U.S. enforcers should apply the traditional American approach to network monopoly, which is to cleanly separate ownership of the network from ownership of the products and services sold on that network, as they did in the original Microsoft case of the late 1990s.” It didn’t take long for Lynn and his colleagues to suffer the consequences, the Times reports:

Those worries seemed to be substantiated a couple of days later, when Ms. Slaughter summoned the scholar who wrote the critical statement, Barry Lynn, to her office. He ran a New America initiative called Open Markets that has led a growing chorus of liberal criticism of the market dominance of telecom and tech giants, including Google, which is now part of a larger corporate entity known as Alphabet, for which Mr. Schmidt serves as executive chairman.

“We are in the process of trying to expand our relationship with Google on some absolutely key points,” Ms. Slaughter wrote in an email to Mr. Lynn, urging him to “just THINK about how you are imperiling funding for others.”

New America president Anne-Marie Slaughter quickly informed Lynn that his team would no longer be welcome at the think tank, presenting about as tidy and flagrant a case of conflict of interest and monied suppression of criticism as one can imagine. But on Twitter, Slaughter disputed the Times report, claiming that it was simply “false”:

This story is false. @Newamerica will issue statement shortly. We are proud of Open Markets work. https://t.co/UGpWG5UdkF

New America’s statement, however, disputes literally not a single fact in the Times story or any of Lynn’s claims:

The Intercept reviewed the full termination email sent from Slaughter to Lynn that was cited and quoted in the Times report and found that they were reported and characterized with complete accuracy. The full text does, however, show that Slaughter threatened to make Lynn’s firing more difficult for him and his team should it generate any negative publicity for New America.

Neither Slaughter nor New America responded to requests to specify what was false or even misleading about the story. Over email, a Google spokesperson told The Intercept that “Eric [Schmidt] never threatened to cut off funding to New America and that we had no role in eliminating the Open Markets Initiative.” The spokesperson added that she would not deny Schmidt’s “displeasure” with the Open Markets team, “but displeasure and pressure are two totally different things — he did not imply pressure on NAF re: Open Markets. To characterize it that way would be totally inaccurate.”

But the displeasure of one of the most powerful men in the world is, of course, itself a form of pressure. It’s safe to assume that the likeliest explanation is the most obvious one: Eric Schmidt, formerly an executive at Sun Microsystems, which itself later came under intense global antitrust scrutiny, didn’t want his money paying to promote similar scrutiny for his monopolistic practices. So, he leveraged his power as head of a company with a market cap of over $600 billion to get what he wanted (it wouldn’t be Google’s first time).

New America and Slaughter, however, are most certainly worthy of blame, apparently caving to pressure — whether it was spoken or didn’t need to be — from the chief executive of the world’s most powerful technology firm, a complete dereliction of whatever purpose for being a think tank is supposed to have. Perhaps New America — along with all the rest of Think Tank Land and academia — should reconsider cashing checks from the likes of Google, even if it does buy an “Eric Schmidt Ideas Lab” in the office. Even when the Devil’s motto is Don’t Be Evil, a deal might not ultimately be in your best interests.

But for Matt Stoller, up until very recently the most vocal member of the Open Markets team, there’s a significant upshot to getting the boot. “I think the thing that’s great about this, whenever you’re in politics and policy, it’s hard to prove you’re effective,” he told The Intercept. “This is just Google just saying you guys are too effective.” Even Lynn shares the feeling: “We’ve been martyr-ized,” he added. “We’ll be growing.”

For now, the new group will call itself Citizens Against Monopoly. Led by Lynn, it will be chaired by Zephyr Teachout.

Update: Aug. 30, 2017
This article was updated with comments from a Google spokesperson.

Update: Aug. 31st, 2017
“In the interest of transparency,” the New America Foundation has released the text of three emails sent from Slaughter to Lynn. Lynn’s emails to Slaughter were not included.