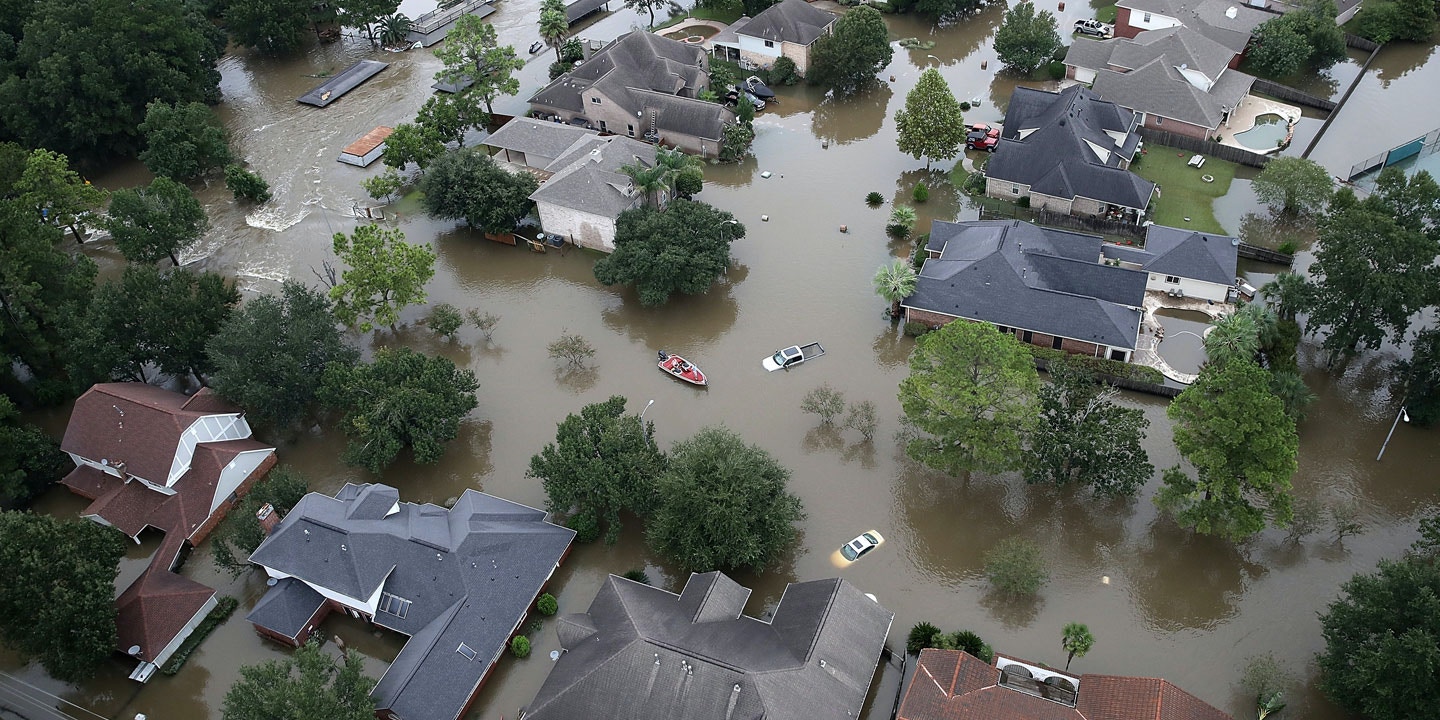 The rains were going to come eventually. It was only a matter of when, and how bad.

With flooding from Tropical Storm Harvey still inundating Houston — exacting a toll of 31 deaths and incalculable damage so far — the city is left asking what could have been done to prevent the extent of the catastrophe, or at least diminish its effects. One of the questions is why federal funding that should have been in place to help Houston deal with flood mitigation never arrived.

Houston and surrounding Harris County, in Texas, had many ambitious proposals for flood mitigation projects lined up, but couldn’t afford them. And, despite the efforts of one of the city’s congressional representatives, Capitol Hill declined to fund the cash-strapped local governments.

“We’ve gone at this from every angle we could,” said Rep. Al Green, a Democrat from Houston who sponsored a bill to fund various projects after the “Tax Day flood” of April 2016. “We were hoping to help mitigate flooding across the city. I don’t know if we’ll ever mitigate all of it, but we can mitigate some.”

After the Tax Day flood, which left 16 dead, Green introduced a bill to fund $311 million for the Harris County Flood Control District. That bill stalled out in the House Budget Appropriations Committee and never came up for a vote. (Committee Chair Rep. Rodney Frelinghuysen, R-N.J., did not return requests for comment.)

The federal funds provided in the bill could have jump-started flood mitigation projects in Houston that had already been approved by the Army Corps of Engineers. Those projects had languished for years, even decades, because the federal share of their budgets was never appropriated by Congress.

“What I can tell you is that if it would have allocated funds, we would have tried to use those to our best ability,” said Nicholas Laskowski, the Corps’ Galveston District project manager, who declined to comment specifically on Green’s legislation.

Eight active Harris County Flood Control District initiatives are dependent on federal funding. Seven of them are concentrated on the bayous in the city and county; the eighth is on the Clear Creek tributary near Galveston.

Houston’s rapid growth has meant water has fewer paths to escape the city, so many of the projects were aimed at widening bayous and relocating bridges. “When you can make the channels wider, you can improve hydraulic conductivity,” said Laskowski.

The projects are supposed to be directly undertaken by the local flood control authority. The Army Corps provides oversight and technical assistance. “They do the work, they do the design, we review,” said Laskowski.

Once the projects are completed, the Corps checks that the work has been done to the approved specifications. After the Corps signs off on it, the federal government’s appropriations for reimbursement kick in. Without those funds, the county can’t afford to take on the mammoth outlays.

Only two of the Flood Control District’s eight projects are near completion. The other six projects are either being reevaluated or stalled, because of grants drying up.

Green’s bill would have released all outstanding funding in one piece to allow the projects to proceed all at once instead of piecemeal. By 2026, any unspent funds would have gone back to federal coffers.

“We tried to stick with projects that were approved,” said Green, “and that, if funded, would make a difference.”

The money, however, never came. “Congress was in an austerity mode, and we could not get the votes necessary to get [the bill] to the floor,” said Green, who tried other approaches, such as allocating the funds in a rider amendment to a Republican-sponsored energy and water development bill that failed on procedural grounds.

“Obviously if we had those kind of protections, we wouldn’t have had as many problems” with Harvey, Al Green’s House colleague Houston Democrat Gene Green (no relation) told The Intercept. Larry Koser Jr. (L) and his son Matthew look for important papers and heirlooms inside Larry Koser Sr.’s house after it was flooded by heavy rains from Hurricane Harvey August 29, 2017 in the Bear Creek neighborhood of west Houston, Texas. The neighborhood flooded after water was release from nearby Addicks Reservoir.

A storm like Harvey — a slow-moving system with drenching rain and floods — was always a possibility for the region. Craig Fugate, head of the Federal Emergency Management Agency from 2009 to 2017, told The Intercept this week that the city could have done more to mitigate flooding.

“In many ways, early on, they weren’t addressing it,” Fugate said of the city planners’ response to flood warnings from FEMA and infrastructural professionals.

The city of Houston has plenty of systemic problems. Drainage systems are antiquated. There is a general lack of consistent regulations around development. The flood control district was and is headed by men who rejected efforts by scientists to change the way the city deals with flooding when it considers approval of urbanization projects.

Houston is built on a flood plain. The city sits only about 50 feet above sea level. That low elevation combined with rapid urbanization over the past few decades to create an untenable situation: paving over the bayou marshland has allowed flooding on a scale unseen in decades in the city.

Harvey’s human cost was already becoming apparent as the floodwaters began to recede. And Gene Green believes the true death toll will only increase over the next weeks and months. “Once the water goes down we’ll see more tragedy,” he said.

Resistance to funding public works projects like flood mitigation, whether at the local or federal level, ends up costing more money in the end.

While it’s still too early to take stock of Harvey’s toll, floods in the spring of 2015 and 2016 cost $8 billion in total. Al Green put that number into context during a floor speech last year in support of his bill. “That $8 billion, by the way, is 25 times the $311 million that we might use to take preventive action,” he said.

Rep. Sheila Jackson Lee, another Democrat from Houston whose district encompasses the city’s downtown, told MSNBC on Wednesday that the cost of Harvey is likely to be higher than Hurricane Katrina’s price tag of over $120 billion.

Jackson Lee said she was introducing a bill for $152 billion in emergency aid. The sum is nearly 500 times what Green’s 2016 legislation asked for. “And, frankly, it may go up even more,” added Jackson Lee.

Al Green, meanwhile, has a new bill for flood appropriations that he introduced on the first day of the new legislative session in January. It doesn’t have any co-sponsors yet, but Green hopes that the legislation’s flood mitigation funding can be attached to a sizable relief bill that will come after Harvey. “In the process of recovering, we also want to do some things to abate,” said Green.

He added that Houston needs to look to the future as it cleans up the present: “I see this is as a part of a total recovery.”