Ben Shapiro is headed for Berkeley. Campus Republicans are hoping for a throwdown. 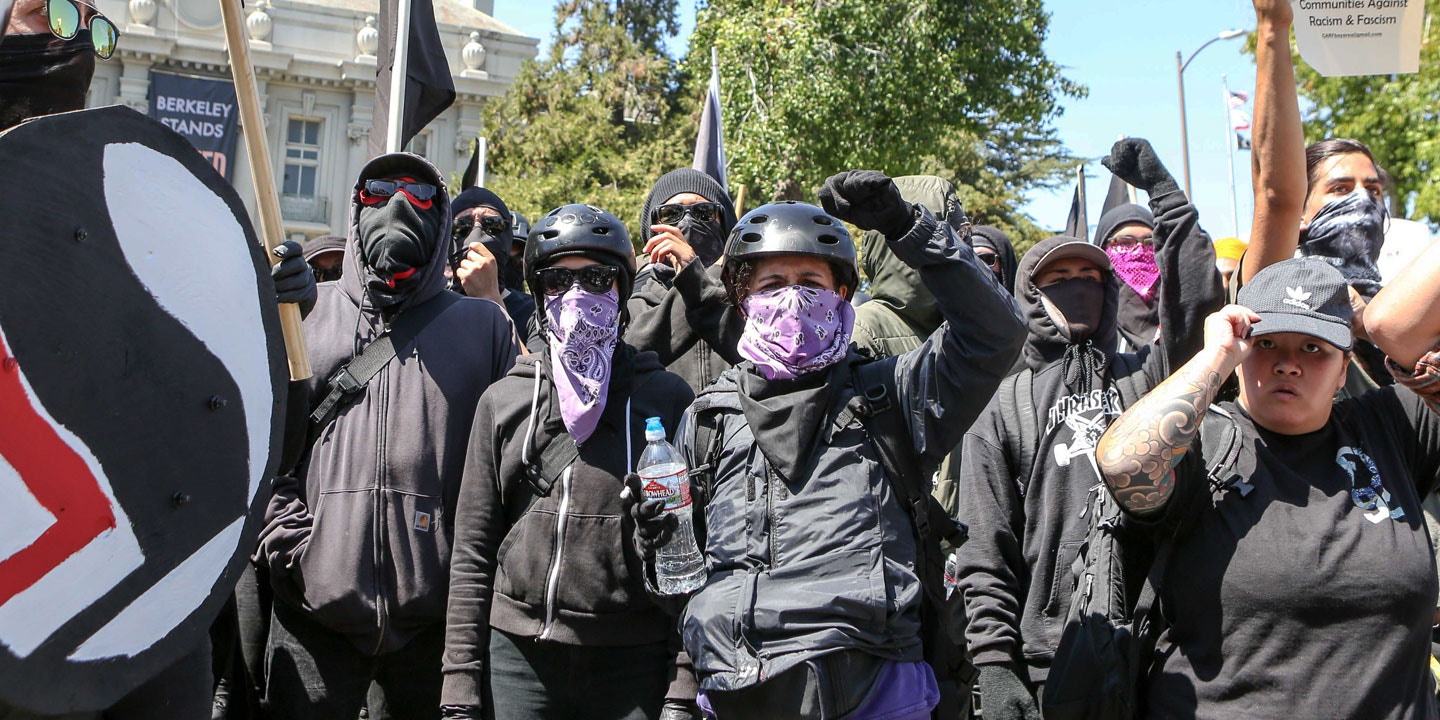 The students hosting conservative pundit Ben Shapiro at University of California, Berkeley this week say their fingers are crossed in the hopes for a left-wing protest that could amplify his message.

“I am expecting a riot,” said Bradley Devlin, the secretary of the Berkeley College Republicans. “We can look at a political pattern. Whenever the right steps up in the Bay Area, the antifa is there to perpetrate violent acts and shut them down.”

Devlin, who has helped organize previous controversial speaking events, said he opposes violence in any form, but coyly added that violence perpetrated by his opposition might not be so bad, as it will provide increased publicity for Shapiro, who he called an “icon” and a worthy spokesperson for the conservative movement.

“Ben on a larger pedestal for the conservative movement is nothing but a good thing,” continued Devlin, speaking on a YouTube channel called the Lone Conservative. Devlin joked that he hasn’t decided whether he should stream video of Shapiro’s speech or just broadcast footage of the protesters outside.

Shapiro is a firebrand right-wing pundit, who denounces the “alt-right,” a far-right movement grounded in white supremacy, as anti-Semitic. Yet Shapiro provokes the ire of campus liberals by mocking what he calls excesses of political correctness; he’s known for his bigoted tirades against Muslims and transgender people.

Conservative student groups have long used provocative demonstrations and incendiary speakers to gain attention for their cause. The Young America’s Foundation, a conservative group closely affiliated with the Republican Party, provided the $9,162 security fee for the Shapiro event this week. YAF spends over $8 million a year on campus activism, including efforts to bring conservative speakers to college campuses — while filming and publicizing left-wing demonstrators to cast them as extremist.

The Leadership Institute, another GOP-aligned foundation that provides grants and funding to campus conservatives, makes the strategy explicit in its instructional materials. One Leadership Institute video explains how radical labor organizer Saul Alinsky’s strategies can be adopted for conservatives, including an effort to seize upon left-wing violence. The video shows how a 2009 anti-immigration speech by former Rep. Tom Tancredo at the University of North Carolina was interrupted by a brick thrown through the window. The violent act was filmed by a conservative student, which went viral on social media and gained mainstream media attention condemning the act.

“The protest by the liberal students failed because the focus of the story went from ‘students exposing an extreme speaker’s view’ to left-wing extremists deny free speech,” explained the LI instructor. “Anyone who watched the video was forced to sympathize with the congressman and the conservative students.” The strategy, the instructor declared, demonstrated how to turn “left-wing extremism into a conservative victory.”

LI, which sponsors over 1,300 student groups and publications on over 650 campuses, has produced dozens of Republican politicians and right-wing leaders trained with similarly provocative campus activism tactics. The group spends about $13 million a year on such efforts. James O’Keefe and Hannah Giles, the pair whose undercover videos brought down the Association of Community Organizations for Reform Now (ACORN), received financial support from the foundation world when they were students — O’Keefe via the LI and Giles via an internship with the YAF‘s journalism wing.

But the strategy has taken new heights in recent months. Newly energized leftist groups, which have increasingly embraced violence as a tactic and conservatives on college campuses as their primary target, are providing ample bait for conservatives hoping to shape media coverage and public opinion.

Berkeley, in particular, has become a hotspot for this particular dynamic. In February, a left-wing riot shut down the Berkeley event scheduled for Milo Yiannopoulos, a conservative pundit known for his intentionally offensive rhetoric and abusive insults hurled at minorities. The riot included violent attacks on students perceived as conservative, including at least one student who was reportedly beaten because he looked “like a Nazi” and $100,000 in damages to seemingly random businesses and campus buildings.

The incident transformed Yiannopoulos, primarily a star in online far-right subcultures, into a mainstream personality, with sympathetic coverage in major newspapers, including the New York Times, hours of coverage on cable news, and hundreds of thousands of new subscribers on his Facebook page.

Conservatives in Berkeley appear to be hoping for a similar reaction.

Over the course of the year, some left-wing activists, known largely as antifa, or anti-fascists, have similarly attacked random bystanders, journalists, and ordinary conservatives under the mantra of combatting fascism.

In Boston last month, a bald, white man with tattoos who traveled to Boston Commons to protest racism was beaten by antifa activists after being mistaken for a white supremacist. In Berkeley, antifa chased and violently attacked the leader of Patriot Prayer, Joey Gibson, a Japanese-American who says he disavows white supremacy. Journalists, in particular, have been threatened and attacked by antifa during recent demonstrations, including a local CBS News photojournalist in Richmond, Virginia, who was sent to the hospital with stitches and a KTVU reporter who was struck in Berkeley for filming a public demonstration.

Experts who study right-wing extremism have cautioned against antifa’s violent approach. The Southern Poverty Law Center, for instance, recommends that demonstrators avoid violence and instead “organize a joyful protest” to distract from far-right speakers. Life After Hate, a nonprofit that works to de-radicalize racist extremists, has discouraged violent confrontations, noting that such tactics do nothing to stop hate, and are more likely to embolden neo-Nazi organizations.

Researchers have also found that violent protests and riots correlate strongly with public support for law-and-order politics, a dynamic that far-right politicians and law enforcement have long tapped into.

But for the Berkeley far left, some of whom even attacked a worker-owned cooperative during a demonstration supposedly centered on raising awareness about police abuse, there might be little that can be done to stop a violent confrontation with upcoming conservative speakers.

Devlin helped organize the February event for Yiannopoulos that ended in mayhem. The upcoming Shapiro event is scheduled for September 14, which will be followed by Yiannopoulos’s return to campus for “Berkeley Free Speech Week” on September 24-27, an event sponsored by a campus magazine called the Berkeley Patriot.

Top photo: Antifa members and counterprotesters gather during a right-wing No to Marxism rally on Aug. 27, 2017 at Martin Luther King Jr. Park in Berkeley, Calif.