The education reform movement pushed the envelope off the table in Massachusetts. Will New York come for them next? 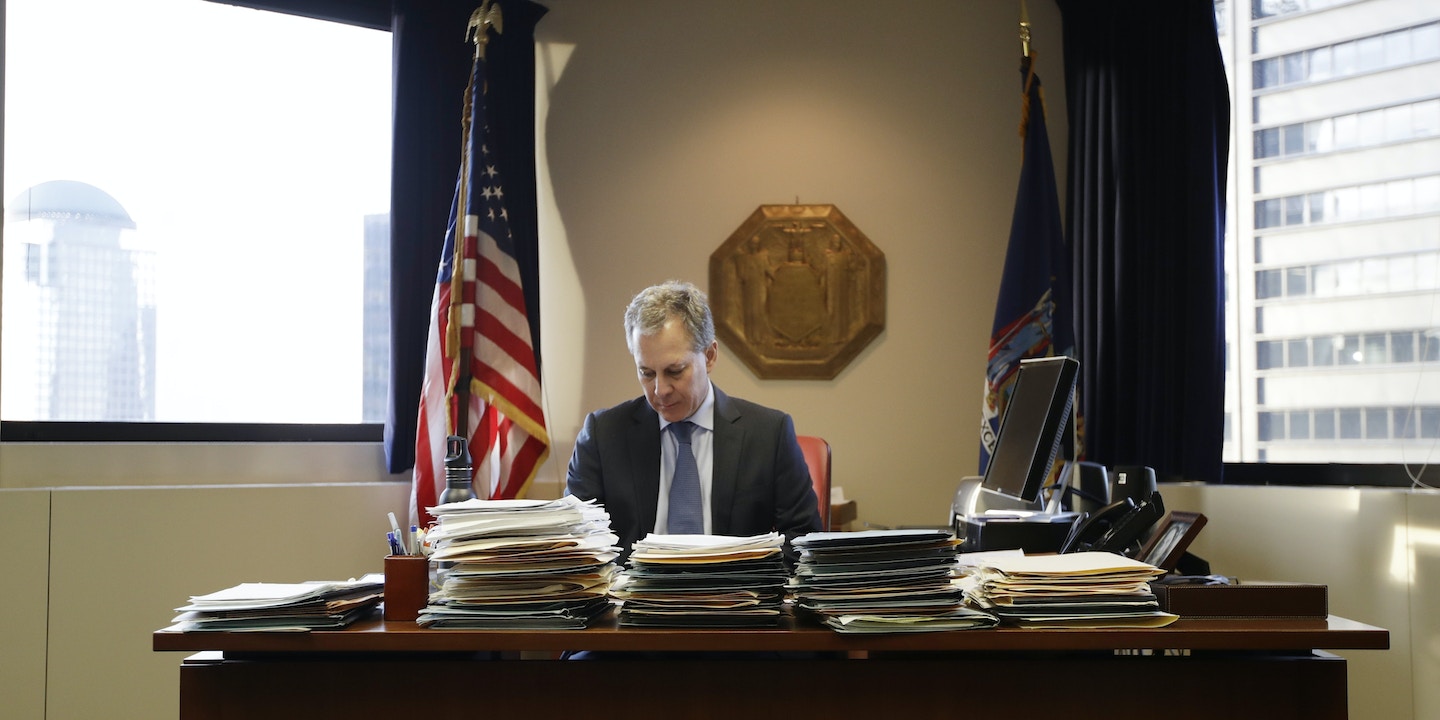 A New York-based education reform nonprofit funneled nearly $2.5 million to a related group in Massachusetts, according to new disclosures unearthed as part of a legal settlement.

The Massachusetts operation, called Families for Excellent Schools-Advocacy, a pro-charter group, was hit with a record $426,500 fine for failing to disclose its donors related to a 2016 Massachusetts ballot campaign — a race that became the most expensive ballot measure in state history.

In exchange for their tax-exempt status, federal law bars 501(c)(3) organizations from engaging in political activity, and some are calling on Schneiderman to investigate why Families for Excellent Schools made a multimillion-dollar contribution, now that the Massachusetts Office of Campaign and Political Finance has acted.

“This group spent $2.5 million on a Massachusetts ballot initiative. That is a screaming siren, a flashing red light,” says Michael Kink, executive director of the union-backed Strong Economy For All Coalition in New York. “I think it’s something the AG absolutely should look into. A number of other groups are aware of this potential violation, and we’re talking to each other. A substantive investigation is clearly needed.”

A spokesperson for Schneiderman’s office declined The Intercept’s request for comment.

“I’d be willing to bet my serious money that Mr. Schneiderman will look into this,” says Marcus Owens, the former director of the IRS’s Exempt Organizations division from 1990 to 2000. “He’s an aggressive attorney general when it comes to charity money.” Earlier this summer, Schneiderman’s office announced it would be looking into the financial practices of Eric Trump’s charitable foundation.

On November 8, 2016, when Massachusetts voters went to the polls, the most hotly contested vote was not the presidential one (Hillary Clinton’s victory there was all but assured). The real political battle for Bay State voters was a ballot initiative known as “Question 2,” which proposed lifting the state’s charter school cap.

It was easily the most expensive ballot measure in Massachusetts history, with more than $40 million raised by both sides. Teachers unions provided nearly all the money to fight the measure, while Boston’s business community and out-of-state donors gave most of the money in support. In the end, the measure came nowhere close to passing, with cities all over Massachusetts, including Boston, voting against it.

The $426,500 penalty — which was the amount of cash FESA and Families for Excellent Schools had on hand as of August 21 — represents the largest civil forfeiture negotiated by the OCPF in the agency’s 44-year history. The OCPF charged that FESA violated state campaign finance laws by receiving individual contributions and then funneling those funds to Great Schools Massachusetts, a ballot committee that supported Question 2. Ballot committees are required to disclose their donors, but with FESA acting as an intermediary, individuals could shield their names and contributions.

“A review of bank records showed that FESA’s transfers to the ballot question committee closely followed FESA’s receipts from individuals,” the OCPF said in a press release. “Additionally, the money received by FESA significantly increased during the four months before the Nov. 8 election, and then dropped significantly afterward, further suggesting that FESA solicited or received contributions with the intent to give the money to the ballot question committee.”

As part of the settlement, in addition to the fine, FESA agreed to disclose its donors, to dissolve as a 501(c)(4), and for Families for Excellent Schools to avoid fundraising and participating in any election-related Massachusetts activity for the next four years.

“OCPF is a real beacon to the state. What they did was heroic,” says Maurice Cunningham, an associate professor of political science at the University of Massachusetts Boston, who tracked dark money during the 2016 election. “This kind of thing doesn’t happen in many places.”

Adam Smith, communications director for Every Voice, a campaign finance group, says the new Massachusetts OCPF settlement really points to the importance of state elections enforcement agencies having teeth. “With so much shady money sloshing around politics these days, it’s critical that watchdogs have what they need to defend election and campaign finance laws and hold violators accountable,” he says. “Nobody ever expects the FEC (Federal Election Commission) to do anything, and you don’t want that same expectation at the state-level.”

FESA gave $15 million to the Great Schools Massachusetts ballot committee. According to their recent donor disclosures, most came from wealthy Boston individuals — notably Seth Klarman, a billionaire hedge fund investor who contributed $3.3 million; co-chair of Bain Capital Josh Bekenstein and his wife Anita, who together gave $2.5 million; and Jonathon Jacobson, CEO and managing director of the Highfields Capital Management hedge fund, who gave $2 million. Other large donations came from Walmart heiress Alice Walton, who gave $750,000, and Paul Sagan, chair of the Massachusetts Board of Elementary and Secondary Education, who gave $496,000.

While it was long suspected that these wealthy individuals provided most of the money behind efforts to lift the charter school cap, the $2.5 million donation from Families for Excellent Schools was a genuine surprise. 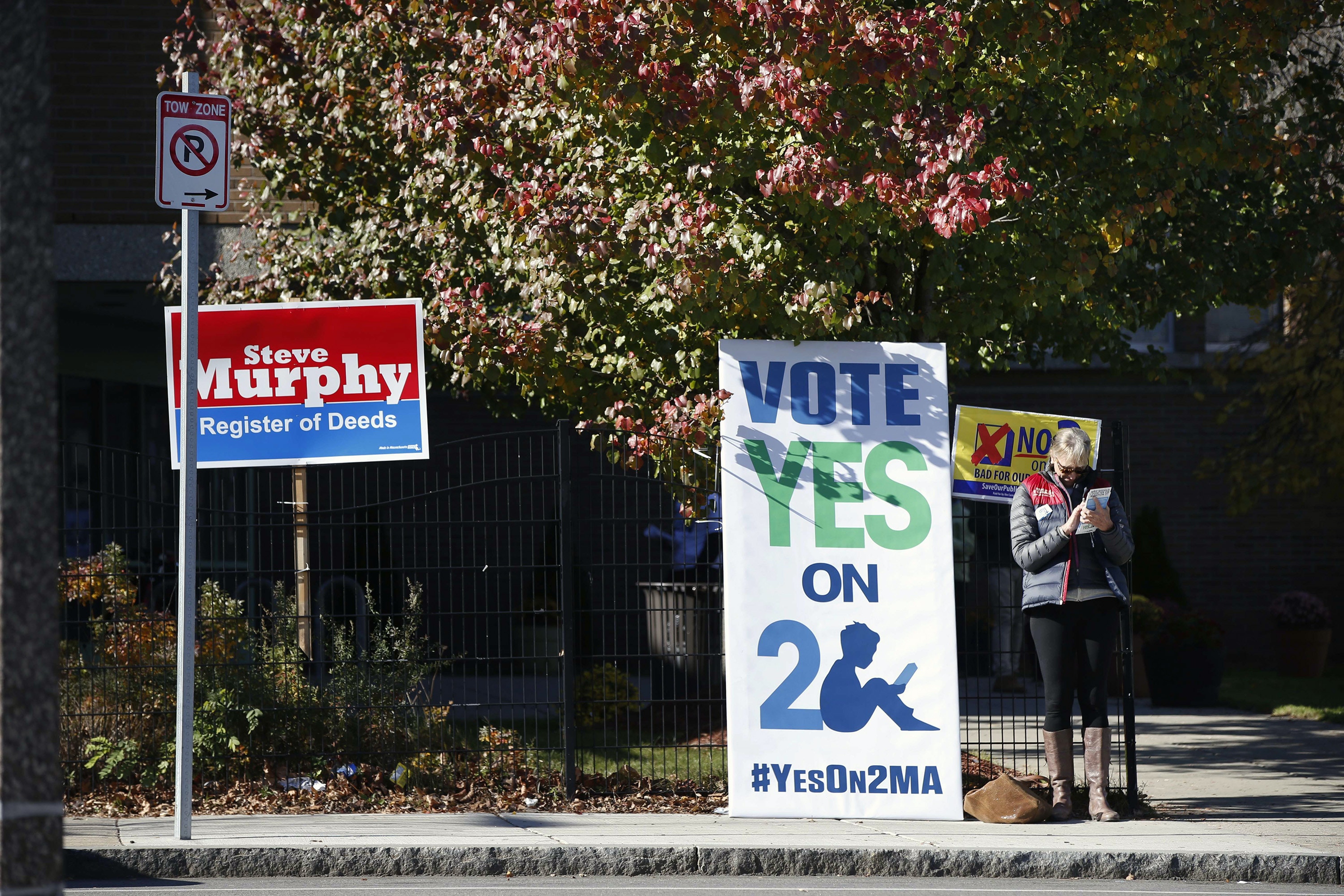 A sign promoting a ballot question to eliminate the cap on charter schools is seen outside a polling station in Dudley Square in Boston, on Tuesday, Nov. 8, 2016.

To bolster their case that Schneiderman should pursue an investigation, activists point to one that former Attorney General Kamala Harris launched to unmask secret donations that poured into California’s 2012 election. In 2013, after Harris’s investigation concluded, California levied a record $16 million penalty on groups linked to the Koch brothers that had secretly funneled money to two California ballot initiatives. The improperly disclosed funds went toward fighting Proposition 30, which would have hiked taxes on the wealthy to fund schools, and Proposition 32, which would have limited unions’ political power. Though California’s campaign finance laws prevented the groups from revealing their donors, some names were unearthed, among them Los Angeles billionaire Eli Broad, a prominent education reform backer. Broad had donated $1 million to a Virginia-based group, that then transferred funds to an Arizona-based nonprofit, which then transferred money to a California political committee working to oppose the tax hike. Broad had said publicly that he supported the tax increase.

How and whether the four-year ban on Families for Excellent Schools will affect education reform politics in Massachusetts remains to be seen. Liam Kerr, the Massachusetts state director for Democrats for Education Reform, had no comment on the OCPF settlement or its implications for the group’s work.

In February, following the 2016 election, a new education group called Massachusetts Parents United launched, which claims to be “the independent voice of parents in the Commonwealth.”

Keri Rodriguez Lorenzo, who founded the group, served as the former Massachusetts state director for Families for Excellent Schools, and also serves as an advisory board member for DFER Massachusetts. Massachusetts Parents United receives funding from the Walton Family Foundation and the Longfield Family Foundation, both known for supporting education reform efforts.

“To some extent, the [Families for Excellent Schools] suspension could be whack-a-mole — they can form new groups,” says Cunningham, the political science professor. “But what’s going to chill anyone in Massachusetts is that the OCPF has shown it will be very aggressive in following the law.”

Top photo: New York Attorney General Eric Schneiderman sits at his desk in his office on Feb. 17, 2017, in New York.