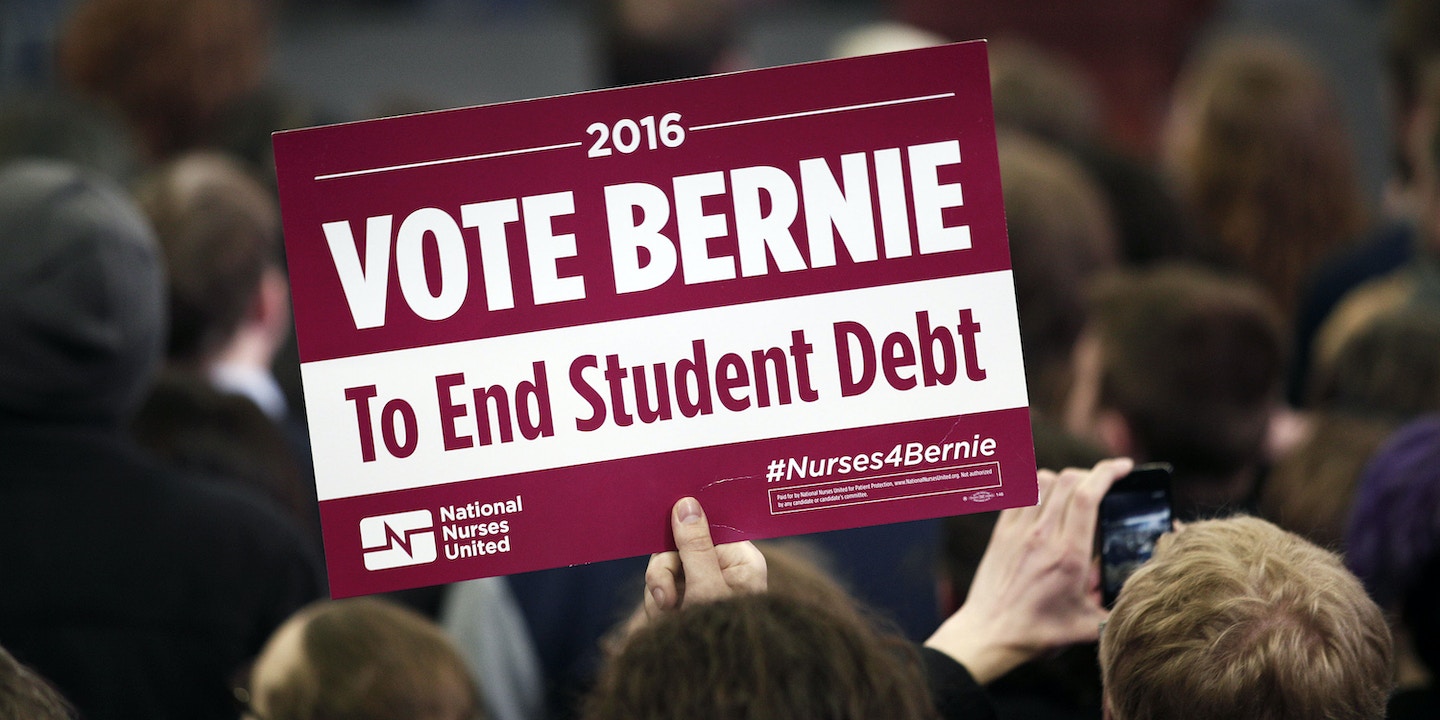 Bernie Sanders’s plan to make tuition free at all public colleges and universities is becoming a mainstream position in the Democratic Party.

But the plan has appeal far beyond the Democratic faithful.

A Morning Consult poll conducted in mid-September finds that a plurality of self-identified Republicans now agree with a “proposal to make four-year public colleges and universities tuition-free,” as the question is worded.

Among self-identified tea party backers, support is also strong — with 50 percent saying they support the proposal while 49 percent oppose it.

Overall, 63 percent of Americans support the proposal, while 29 percent oppose it.

Congress, meanwhile, has no problem spending the kind of money it would take to make the proposal a reality. Earlier this week, the Senate approved a military policy bill that included an increase in funding for the military so large that it alone could fund free college.

Commenting on the poll, the right-wing website HotAir laments the possibility that our incumbent president may learn how popular social democratic policy is: “A lot of Republicans want their free sh*t too. God forbid Trump figures that out.”

The poll also shows support for a number of cutting-edge social spending proposals. For instance, 43 percent of Americans said they support a universal basic income, versus 39 percent who are opposed.