The regional government in Catalonia is moving ahead with its Sunday vote despite the deployment of thousands of Spanish police to Barcelona. 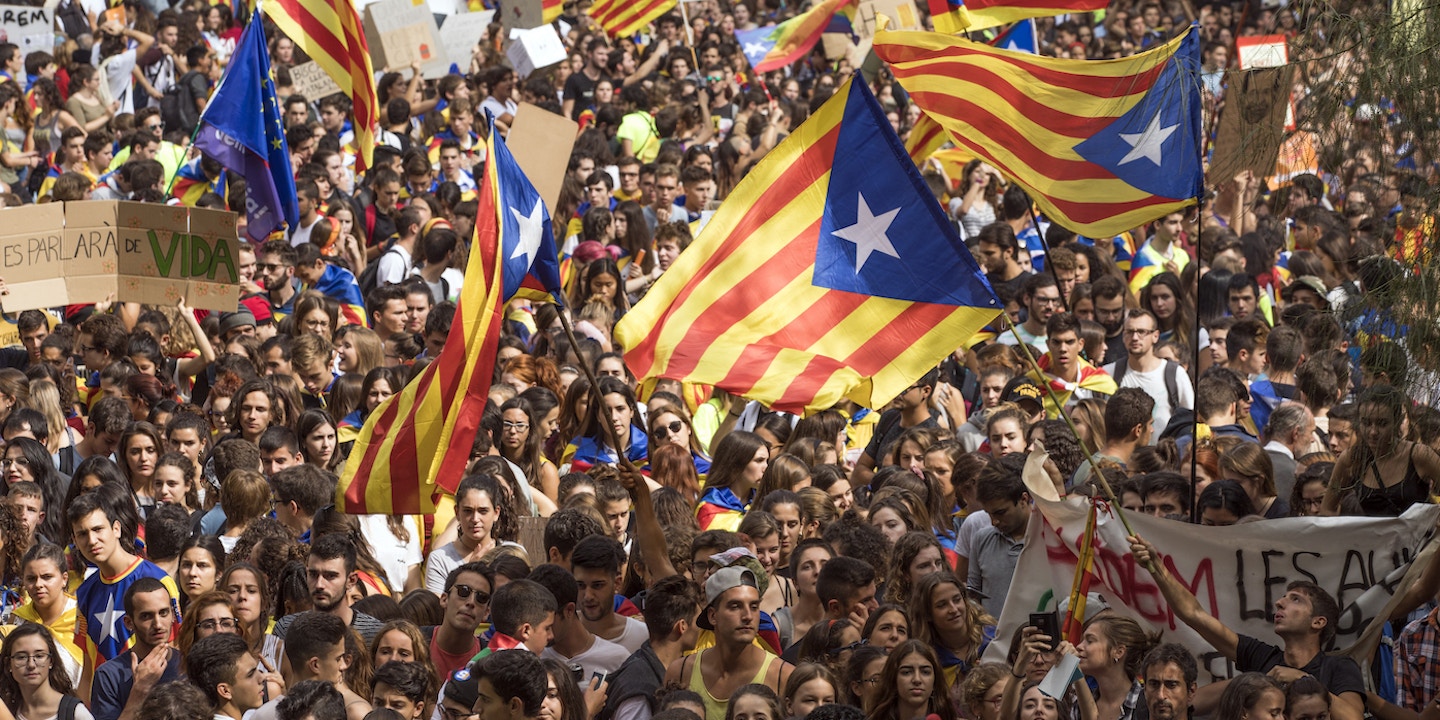 The regional government of Catalonia made it clear on Friday that it has no plans to abandon a referendum on independence from Spain scheduled for Sunday, despite the deployment of thousands of Spanish police officers to Barcelona, the Catalan capital, with orders to prevent the vote from taking place.

Responding to a week of dramatic actions by Spain’s central government — including a court order barring the referendum as illegal, the arrest of local officials who organized it, the confiscation of ballot papers by police officers from outside the region and the blocking of electoral websites — Catalan officials displayed a new set of ballot boxes for reporters on Friday.

The judicial attempt to block the vote extended even to pressing Google to remove links to an app that provides information on where Catalans can vote. (This information has become critical, as the central government assumed control of local schools where voting normally takes place.)

A Spanish court is trying to get Google to remove an app that provides information about how and where to vote. #1O https://t.co/KdgGGMfF6T

Speaking at a news conference where the ballot boxes were unveiled, the regional government’s foreign minister, Raül Romeva, said that there was no legal basis for treating the vote as a criminal act.

?? @raulromeva: "We have demanded to negotiate the referendum. It is not a crime” #1OCT pic.twitter.com/bQoTB9Zqxh

With Spain’s central government, led by Prime Minister Mariano Rajoy’s conservative People’s Party, taking increasingly harsh steps to block the vote, Romeva and other Catalan officials have appealed to the European Union to intervene on behalf of what they see as undemocratic measures.

Rajoy, an ardent opponent of Catalan independence, was mocked in a video made by the journalist Raul Gallego, who spliced together the prime minister’s pitch for Catalan votes at an earlier election — in which he said, “I like Catalans, they do things” — with images of the referendum supporters.

Have a look at my last video with images from the last days of ongoing protest and tension in Catalonia because of S…https://t.co/wAM6z4fOQK

On Thursday, Romeva was in Brussels, where he called for the European Commission to mediate between officials in Barcelona and Madrid. Underlining the urgency of the situation, Romeva made it clear that the Catalan parliament, known as the Generalitat, still plans to declare independence within 48 hours of the referendum if the Yes side prevails.

Even opponents of Catalan independence are outraged by the repression of the vote. Barcelona’s mayor, Ada Colau, a former activist of the left, appealed to the mayors of other European cities to speak up, even while making it clear that she is “no separatist” and has been a critic of the Catalan regional government’s center-right leadership.

I've sent a letter to 27 European mayors asking them to support our call for the EU to mediate between the Catalan & Spanish governments pic.twitter.com/8HFBw6nzqG

“There are many non-separatists,” Colau wrote in a Guardian op-ed, who “are calling for a negotiated solution in accordance with the feelings of 82 percent of the Catalan population, who support the holding of an agreed referendum, like the one conducted in Scotland.”

While recent polls suggest that Catalonia’s population is almost evenly divided on independence (an El Pais survey in April showed the Yes camp trailing by 49 percent to 44), there is overwhelming support for the principle that the population should be allowed to vote on the matter.

Outside Spain, there has been sympathy for the argument that the Catalan people have a right to vote, particularly from activists on the left, including Naomi Klein and Owen Jones, who called the legal measures taken by Spain’s conservative government clearly repressive.

Among the most prominent voices in support of the movement to press ahead with the vote is Gerard Piqué, a star of F.C. Barcelona, the fan-owned soccer team that boasts of being “more than a club,” due to its role as a bastion of Catalan culture during the long years of Franco’s dictatorship, when even the region’s language was banned.

After Piqué tweeted in favor of voting, and against any resort to violence — without revealing whether he was for or against secession from Spain — he was subjected to a fierce backlash from Spanish nationalists who called for him to be dropped from the Spanish national team.

While the Catalan struggle has been peaceful so far, and there is no history of the sort of violence once used by Basque separatists to press their case, the heavy police presence, and the defiance of the local population which has rallied in the streets of even smaller cities like Girona, has raised tensions and fears of conflict.

The tension has not been lessened by social-media video of flag-waving Spanish nationalists cheering the deployment of police officers to Catalonia as if they were going into battle.

Late Friday, with supporters of independence sleeping in schools throughout Catalonia, to prevent them from being closed as polling places by the police, the Yes campaign held a final rally in Barcelona’s Montjuïc park.

Standing behind a huge sign that declared “Referendum Is Democracy,” the president of the regional government, Carles Puigdemont, told campaigners that, by mobilizing in defense of the vote, they had already won.

Although the European Union has refused to offer a guarantee that the prosperous region would one day be welcomed back as a member state in the case of independence, the Yes campaign concluded with the singing of Beethoven’s “Ode to Joy,” the E.U. anthem.