A Mennonite teacher in Kansas was inspired by her church to boycott Israel. Now she’s being denied a state contract for standing by her beliefs. 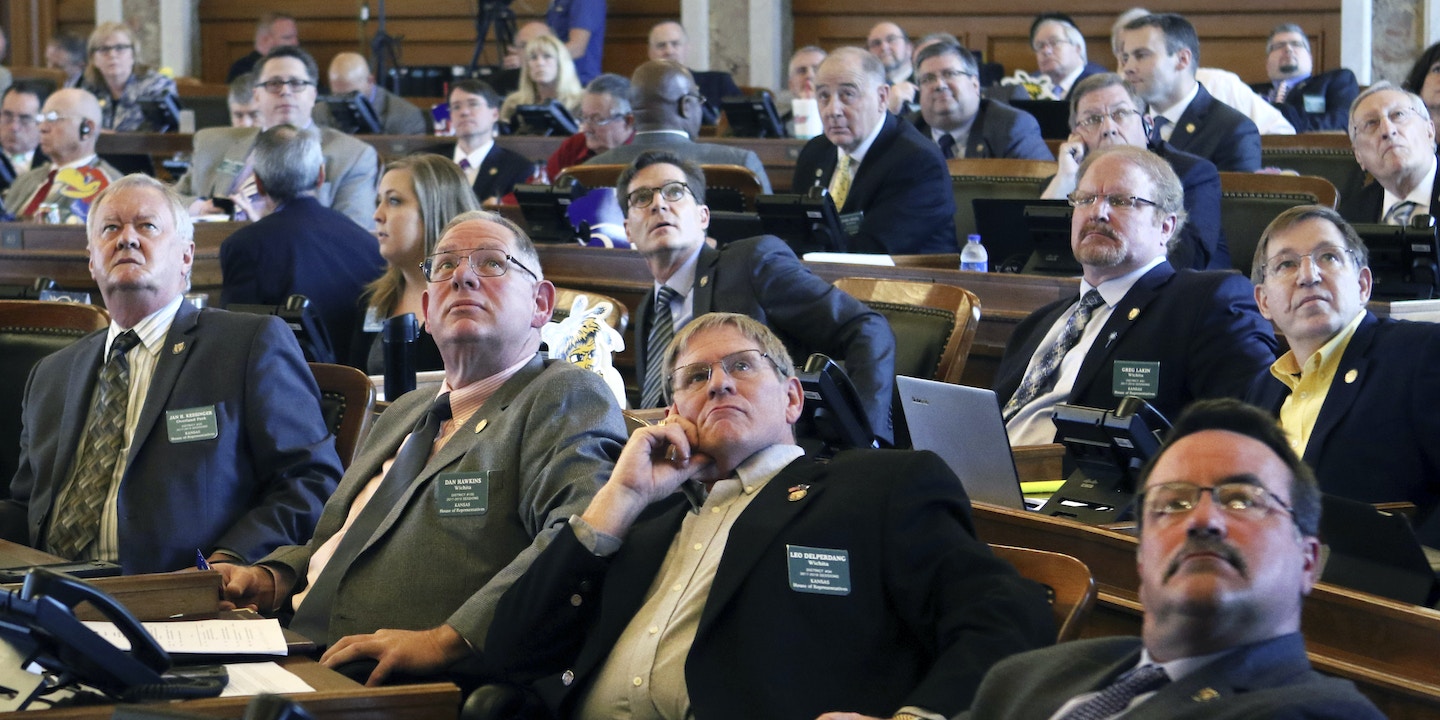 She’s also a member of the Mennonite Church USA, which in July voted to divest itself from American companies that profit off of Israel’s occupation of the Palestinian territories.

One month prior to that vote, Kansas’s legislature passed into law House Bill 2409, which seeks to discourage boycotts of the state of Israel by prohibiting state contracts with individuals who refuse to say they will not engage in such boycott activity.

The legislation is targeted at the Palestinian-led Boycott, Divestment, and Sanctions movement, which encourages nonviolent pressure on Israel for its occupation of internationally recognized Palestinian territory and its failure to recognize Arab Palestinians as equal citizens. But the law encompasses even those who boycott only Israel’s settlements, singling out Kansans who refuse to “engage in commercial relations with persons and entities engaged in business with Israel and Israeli-controlled territories.”

Which brings us back to Koontz. As a devoted member of her faith, she took the church’s guidance and decided to adopt her own boycott of Israel to protest its treatment of the Palestinians.

In the 2016-2017 school year, she was selected to be a teacher trainer in the Kansas Department of Education’s Math and Science Partnerships program. The program taps veteran teachers like Koontz to provide guidance to public school teachers throughout the state.

As part of her employment with the program, she was asked to sign a statement proclaiming that she does not boycott Israel. She stood by her personal faith and moral convictions, and refused to sign the statement. Because of this stand, she was denied payment as a contractor.

This week, the American Civil Liberties Union announced that it would be suing the state of Kansas on Koontz’s behalf, alleging that her first amendment rights were violated. It filed a memorandum in support of Koontz’s motion for preliminary injunction at the federal trial court in Kansas.

As a part of its memo, the ACLU cited the 1982 Supreme Court decision NAACP v. Claiborne Hardware Co. Claiborne involving a group of NAACP activists and others in boycotting certain white merchants over demands for desegregation. The white merchants took legal action to attempt to recoup damages from the boycott. The case went all the way up to the Supreme Court, which unanimously decided that the government cannot prohibit politically motivated boycotts.

“This law is clearly aimed at suppressing not just boycotts generally but one particular boycott based on its viewpoint. So we think that’s a blatant constitutional violation and we hope the court agrees with us,” Hauss said.

Peace groups that support the BDS movement were encouraged by the ACLU’s lawsuit.

“Whether in Kansas or in Congress, this kind of legislation is an anti-democratic attempt to silence a nonviolent movement for equality for Palestinians, and a just peace for everyone in the region,” Rabbi Joseph Berman, Jewish Voice for Peace government affairs liaison, told The Intercept. “It sets an alarming precedent of curtailing free speech, in an era when mobilizing grassroots energy to resist repressive government policies is more important than ever.”