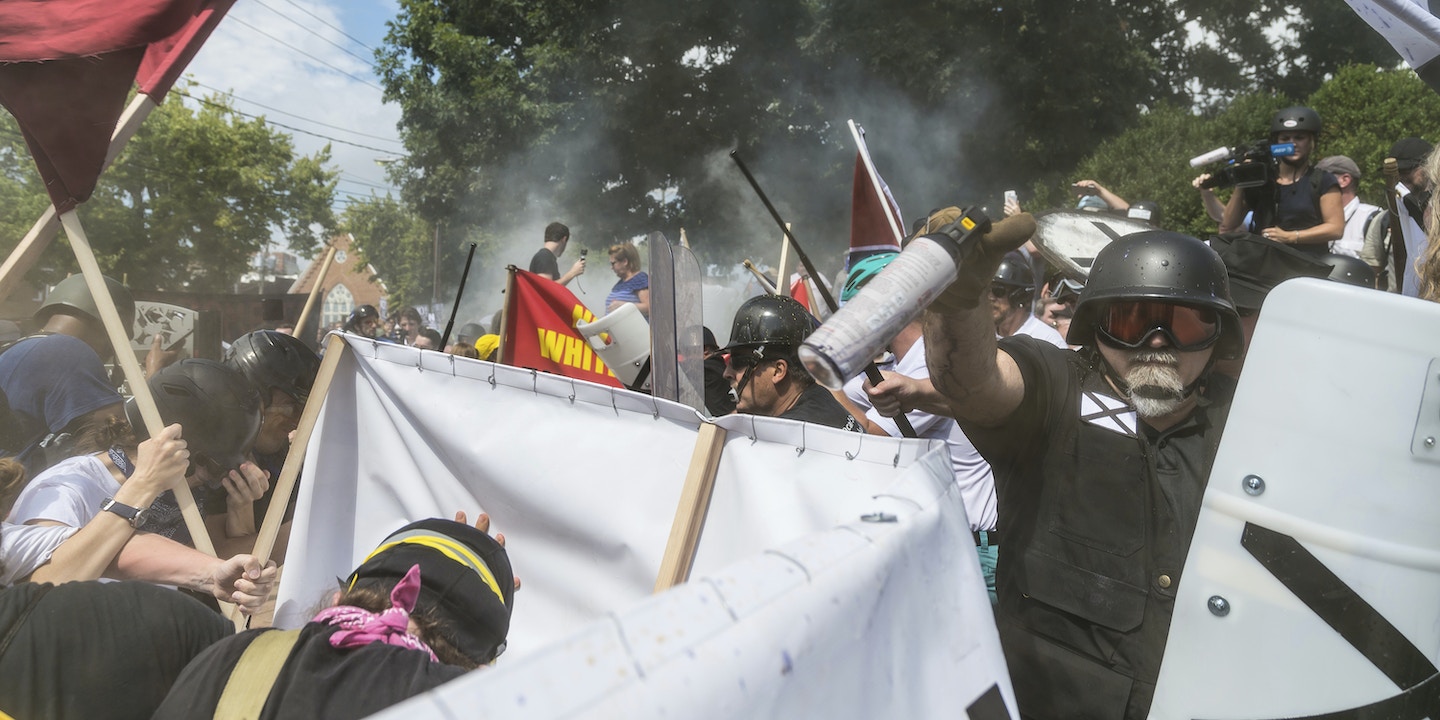 Heavily armed fascists openly organize on the streets of a former Confederate stronghold. Car attacks on protesters are normalized on social media. Berkeley increasingly resembles a battleground. Alex Jones bellows that the latest mass shooting is the beginning of a leftist revolution. It feels like the next Fort Sumter will be livestreamed imminently. As the future-Civil War novel seems to spring to life before our eyes, two recent entries have taken the speculative fiction subgenre mainstream.

Christopher Brown’s “Tropic of Kansas” (Harper Voyager) and Omar El Akkad’s “American War” (Knopf), are polished, ambitious debut novels released by major publishing houses. Both written before November 8, the authors’ attempts to imagine future consequences to then-present political realities have been made less and less speculative by the rolling disaster we live in. While popular stand-ins for political anxiety in recent years have included vampires, zombies, and all-round secular apocalypses, the Second American Civil War seems inescapably terrifying in its specificity. This is not a metaphor capable of being misread.

Until recently, novels on secession have tended to be explicitly racist fever dreams, or slightly more dog-whistley self-published affairs, pushing narratives of heroic violence around right-wing obsessions, such as race war, the abolishment of the Second Amendment, or states’ rights. Propaganda disguised as entertainment, these novels reveled in the collapse of the Union while trying to normalize the idea of secession. Brown and El Akkad, on the other hand, reject the vision of a fractured United States as a tabula rasa for true, right-wing American values. Instead, they emphasize the human and societal costs of asymmetrical warfare, as well as the difficulties of rebuilding. “Tropic of Kansas” by Christopher Brown.

“Tropic of Kansas” takes place in a United States, in which “whole counties depopulated by disappearing futures” have tried, with limited success, to institute “autonomy and local control of land and law.” A federal recolonization, equally unsuccessful, has left pockets of quasi-autonomous territories contested by various for-profit revolutionaries; feral, unofficially deputized militias; and the occasional U.S. government incursion. The result is the titular space — it’s not “a specific place you could draw on a map, and Kansas wasn’t really even a part of it” — where violence is endemic. Militias confiscate guns. An insurgent is hung from a bridge, “naked and carved with a warning that looked like a corporate logo.” It is into this zone that Sig, a young man orphaned by the militarized police state, is deported by self-amused Mounties.

Like Jason Statham raised by wolves, Sig is a mashup of action hero and dharma bum. He instinctively finds the nearest cover no matter the terrain, the weakest spot no matter the enemy. Shorn of anything like an ideology, he wants only to keep moving, to stay just ahead of federal predictive analytics and unceasing domestic drone patrols. Living rough off the post-industrial, climate-blighted land has instilled an inner poise which enables him to produce such koans as, “There is no such thing as an empty lot,” and “… every place was another country once.” Brown, a lawyer and Texan with an interest in conservation in the Anthropocene, intends Sig to be a re-wilding of the American.

As Sig becomes integral to the disparate anti-federal movement, we also follow his de facto foster sister Tania, a government lawyer turned reluctant informer, as she tracks Sig from Minnesota to New Orleans. Tania has been volunteered for this task after internment for yelling abuse at the president, a third-term authoritarian who has turned the East Coast into his own private bunker of the soul after barely surviving an assassination attempt that left the White House a half-charred ruin. “His scars are America’s scars” goes the propaganda.

The disparities between Brown’s timeline — written under the supposed security of the Obama administration — and our own are telling. Although the president still holds rallies and routinely goes “live without a script, talking with seeming authenticity about his plans for change,” he is less huckster-fascist and more like a highly intelligent acceleration of George W. Bush (Flight suit references: check). At times, his administration’s sheer competence is unintentionally amusing, given our ongoing political sketch-comedy hellscape. “People in the opposition claimed the President had personal profit interests in many of his policies, but they could never find hard proof,” one line goes, coming across now as gut-clenchingly naive. Perhaps most unsettling, Brown’s divided America has been reverse-engineered via alternate history. The fracture in history goes at least as far back as a (failed) Iranian hostage crisis and features such highlights as “the Gipper,” and, umm, President Al Haig. “American War,” similarly composed before Trump’s America was imminent, sees the Second American Civil War kick off in 2074 over the South’s refusal to adhere to the Sustainable Future Act, which outlaws the use of fossil fuels. Following the molding of Southern resistance fighter Sarat Chestnut, “American War” reads less Cassandra than “Tropic.” Instead, El Akkad recreates in the U.S. the societal fracturing it has inaugurated in the Middle East. Children are radicalized by the loss of home, refugee internment, and massacre. (An extensively researched section featuring “enhanced interrogation methods” is extraordinarily painful to read.) This is not done for any kind of authorial pleasure, but rather to show how asymmetrical conflicts can create feedback loops of violence where ideology basically ceases to matter. To hear an American muse, “What was safety, anyway, but the sound of a bomb falling on someone else’s home?” is deeply jarring; take away our political naiveté, our self-assured exceptionalism, and our national character looks bare.

Both Brown and El Akkad’s visions now seem possible within our lifetimes, needing neither an alternate reality nor another 60-odd years to become reality. While the reactionary old, white dudes who wrote the secessionist literature of late 20th century believed that their fantasies were also imminent, they seemed deeply insane to the political center. The great-grandpappy of these novels is William Luther Pierce’s novel “The Turner Diaries,” written under the nom de plume Andrew Macdonald. The book features a white supremacist terrorist organization seizing a large chunk of California, which it racially cleanses before nuking D.C. Pierce, a former aide to George Lincoln Rockwell, the head of the American Nazi Party, founded the National Alliance, which the Southern Poverty Law Center has referred to as “explicitly genocidal in its ideology.” His novel aided in the radicalization of and provided an insurgency how-to guide for Oklahoma City bomber Timothy McVeigh. It would also partially inspire the Order, a white-power domestic terrorist organization that aims to transform the Pacific Northwest into a separate white nation.

Take away our political naiveté, our self-assured exceptionalism, and our national character looks bare.

Bizarrely, Ernest Callenbach’s comparatively soothing “Ecotopia,” which takes the form of a travelogue in a post-hippie, almost-paradise in the Northwest, first appeared in 1975, just before the initial serialization of “The Turner Diaries” in the National Alliance journal, Attack! According to political scientist Michael Barkun, there is no evidence that Pierce was inspired by Callenbach, despite the novels’ similarities — including secessionists accessing nuclear weapons — and the authors’ relationships to Oregon. There has long been a strong secessionist strain running through Cascadia, the bioregion running along the Pacific coast from just above San Francisco to Prince William Sound, Alaska. (Adam Rothstein’s “Cascadian Drone Ballads: An Introduction” is an excellent contemporary sci-fi story on Cascadian secession.)

That the literary world and entertainment industry — especially in the form of HBO’s upcoming “Confederate” — has seized upon secession as a relevant topic shows how far this particular Overton window has shifted. One can only imagine the bumper crop of near-future American political thrillers next year. However, secession in America has often been the tactic of reactionaries, from Jefferson Davis to the Order, and bringing it into the mainstream may have serious negative effects down the road. The Neo-Reactionary movement — think the theory bro version of the “alt-right” — sees an endgame in “Patchwork,” which was dreamed up by Mencius Moldbug, the pen name of Curtis Yarvin, who reportedly watched election results at the home of sometime Donald Trump adviser Peter Thiel. “Patchwork” consists of a neo-feudal “global spiderweb of tens, even hundreds, of thousands of sovereign and independent mini-countries, each governed by its own joint-stock corporation without regard to the residents’ opinions.”

In the wake of Charlottesville, noted ethno-nationalist branding manager Richard B. Spencer repeatedly tweeted that the fault for the violence lay with local authorities. This is not just an abdication of responsibility for helping to create the situation that led to the death of Heather Heyer and the brutal assault on DeAndre Harris, among others, but an attempt to leverage it to discredit existing government institutions. While secessionist movements have emerged from the entire spectrum of radical American politics — including the Republic of New Afrika and the Second Vermont Republic — it is worth remembering, as the Trump administration lays its parasitical eggs in the intestines of the federal government, who has the most riding right now on secession: the white dudes who already have the long guns.

Top photo: Neo-Nazis and other white supremacists scuffled with counter-demonstrators near Emancipation Park in downtown Charlottesville, Va., on Aug. 12, 2017. 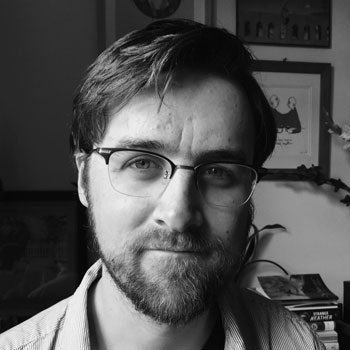