It is jarring to listen to Kelly’s description of Rep. Wilson’s speech and then hear the entirely respectful and generous remarks she actually delivered. 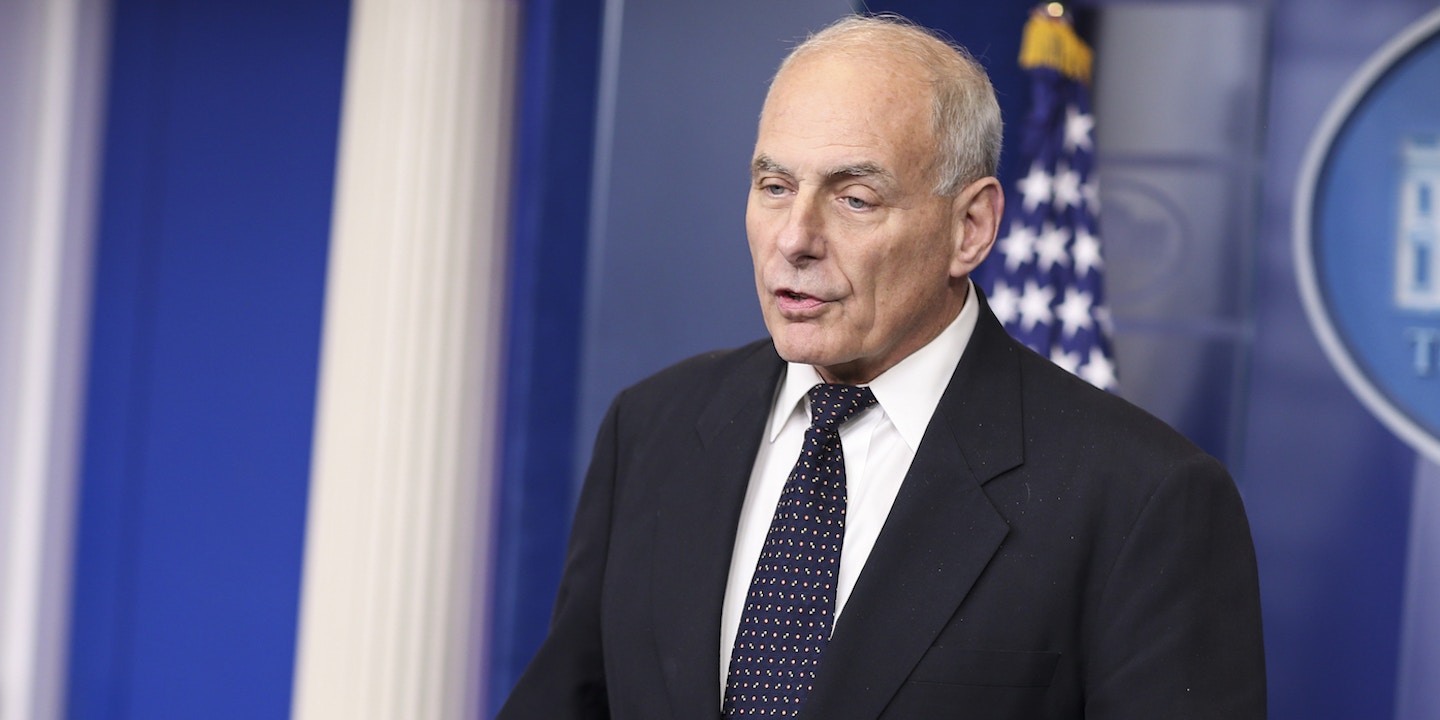 White House Chief of Staff John Kelly lied on Thursday when he falsely claimed that Rep. Frederica Wilson, D-Fla., had loudly boasted about obtaining money for an FBI building in Miami during a dedication ceremony he attended in 2015.

We know this for a fact because, on Friday, the South Florida Sun Sentinel published video of Wilson’s complete remarks at the event. What the video shows is that the Wilson instead described how she and other members of Congress had rushed through legislation to name the facility for two agents who died in the line of duty in 1986, Benjamin Grogan and Jerry Dove.

Wilson did not, as Kelly had claimed the day before, boast about getting $20 million for her district from President Barack Obama. Instead, she gave credit to politicians of both parties and went on to acknowledge the heroism of the agents who were killed in a shootout with two bank robbers. “Today, it is our patriotic duty to lift up Special Agent Benjamin Grogan and Special Agent Jerry Dove from the street in South Florida, and place their names and pictures high, where the world will know that we are proud of their sacrifice, their sacrifice for our nation,” Wilson said.

She also asked all of those in law enforcement and first responders present at the ceremony to stand for a round of applause. “Stand up now, so that we can applaud you and what you do,” Wilson said. “Stand up, we are proud of you, we’re proud of your courage. Thank you.”

James Comey, the FBI director at the time, was also present at the ceremony, and a Sun Sentinel news report from that day shows that he praised the member of Congress for leading the legislative effort to dedicate the building to the two men. “Rep. Wilson truly did the impossible, and we are eternally grateful,” Comey said.

Speaking in the White House briefing room a day earlier, Kelly made his false claim as part of an attack on Wilson’s character, after a broader lament about what he described as a collapse in moral values and insufficient respect for the military from American civilians.

“When I was a kid growing up, a lot of things were sacred in our country,” Kelly said, recalling the paradise of racial and gender equality that was 1950s Boston.

Kelly said that he had been just as “stunned” by Wilson’s disrespectful boasting that day as he was by her decision this week to share details of a condolence call she overheard from his boss, President Donald Trump, to the family of Sgt. La David Johnson, a soldier she helped mentor who was killed in mysterious circumstances in Niger.

Specifically, this entire John Kelly story is fiction. Not one bit of it actually happened. pic.twitter.com/eGSQU0S3wc

It is jarring to listen to Kelly’s description of Wilson’s behavior and then hear the entirely respectful and generous remarks she actually delivered. But the contrast gives us a chance to trace the exact contours of how much a seething resentment at modern American society has distorted the White House chief of staff’s perception of reality, like that of his boss.

As my colleague Shaun King writes, that Kelly said he was enraged by Wilson’s remarks as she made them is perhaps even more disturbing, because it means that this is not just about his faulty memory. (And his memory is faulty: in his remarks on Thursday, Kelly misremembered not just what Wilson said that day, but the name of one of the agents the building was dedicated to, and said, incorrectly, that the agents had been killed by “drug traffickers,” instead of bank robbers.)

So the distorted lens through which the man now running the Oval Office views the world does not only warp his recollection of events, but his understanding of them as they unfold in front of his eyes.

Top photo: White House Chief of Staff John Kelly speaks to the media during the daily briefing in the Brady Press Briefing Room of the White House on October 19, 2017.