Intelligence gathering about Cuba’s possible involvement in the plot has remained shrouded in secrecy. 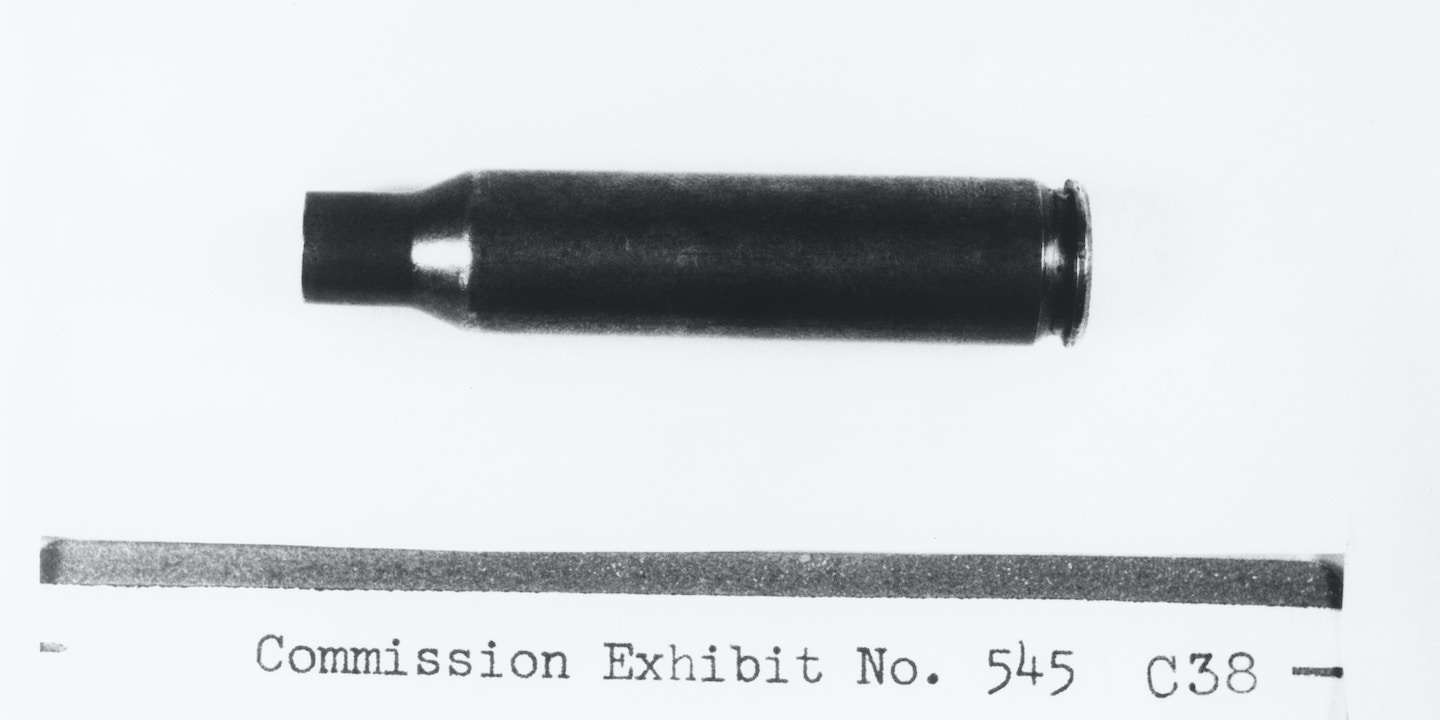 There is something perverse about the fact that President Donald Trump, the exuberant and all-too-successful spinner of conspiracy theories, and deeply ignorant of American history besides, will oversee the release of the remaining classified files related to the assassination of his presidential predecessor, John F. Kennedy.

In 1992, Congress approved, and former President George H.W. Bush signed, the John F. Kennedy Assassination Records Collection Act. They were prodded by an Oliver Stone film on the killing released the year prior and the resulting flurry of public interest. The act mandated the disclosure of all assassination-related records no later than 25 years after its signing, by October 26, 2017 — this Thursday.

While federal agencies can contest the release of the documents on the grounds of “identifiable harm to the military defense, intelligence operations, law enforcement, or conduct of foreign relations” that “outweighs the public interest in disclosure,” according to the act, the chief executive gets the final say in all such cases. In other words, much of what we can still hope to learn about the JFK assassination hinges on Trump.

The estimated 113,000 pages of material, presently with the National Archives, are known from metadata searches to contain extensive mentions of Cuba and the former Soviet Union. Two documents provided by National Security Agency whistleblower Edward Snowden and published for the first time today further underline how closely the intelligence community has held information related to Cuba’s potential role in the killing, indicating that the NSA for decades has kept secret its efforts to monitor Cuban agents’ communications in the aftermath of the event.

Details from and about U.S. intelligence-gathering against Cuba, even if historic in nature, have particular resonance amid a new chill in diplomatic relations between the two countries, and in the wake of documents released earlier this summer showing that CIA officials believed that the investigation into the president’s death paid insufficient attention to assassin Lee Harvey Oswald’s contacts with Cuba.

The sensational potential of the release is not lost on the president, who over the weekend tweeted that: “Subject to the receipt of further information, I will be allowing, as President, the long blocked and classified JFK FILES to be opened.” But an official from the National Security Council told the Washington Post last week that a number of government agencies have already appealed to Trump to block portions of the release.

Jefferson Morley, former Washington Post reporter and author of “Our Man in Mexico: Winston Scott and the Hidden History of the CIA,” believes the most substantive disclosures in the documents will likely include details on CIA operations in Mexico City, as well as the agency’s surveillance of Oswald during his time in the Mexican capital prior to the assassination. Morley doesn’t expect to find any smoking gun from the release, though the clear desire for one among at least some portion of the public speaks to the enduring allure of a grand assassination conspiracy over the conclusions put forth in a nearly 900-page report, informed by a year of research from the investigative government entity assembled to get to the bottom of JFK’s death, the Warren Commission. The commission’s findings — that Oswald acted alone and there was no evidence of conspiracy, either foreign or domestic — has been met with public incredulity well into the 21st century: According to a 2013 Washington Post-ABC News Poll, over 60 percent of Americans believe Oswald was part of a larger plot to kill the president.

Though the Warren Commission did examine Oswald’s potential connections to Cuba, its conclusion that there was no foreign conspiracy precluded further public investigation into Cuban involvement. The lack of such a formal inquiry itself fed a theory that the assassination traced back to Fidel Castro. Such involvement would contradict a widely repeated account from French journalist Jean Daniel, who was with Castro when news of the assassination reached Cuba. According to a piece Daniel later penned for The New Republic, the revolutionary leader was lunching at his summer home in the Cuban beach town of Varadero when he learned that JFK had been shot. “Es una mala noticia” — this is bad news — Castro repeated three times over, not yet sure whether Kennedy has survived the shooting, Daniel reported.

Castro may have worried that Kennedy’s successor, Lyndon Johnson, would be more sympathetic to Cuba hawks within Kennedy’s cabinet. His concerns were well-founded; not only was the near-catastrophic U.S.-Soviet missile crisis centered on the island just 13 months past, but Defense Secretary Robert McNamara and the Joint Chiefs of Staff had been weighing the possibility of what would come to be known as Operation Northwoods, a successor to the failed Bay of Pigs invasion. Northwoods envisioned staged aggressions and even terrorist attacks against U.S. citizens and Cuban emigrés, which would in turn be pinned on Castro, according to “Body of Secrets: Anatomy of the Ultra-Secret National Security Agency” a book by investigative reporter James Bamford.

But while government investigations concluded that Cuba was not potentially culpable in Kennedy’s death, U.S. spies had produced intelligence on possible Cuban and Russian involvement in the plot, intelligence so sensitive it remained classified decades later. That’s according to the two Snowden documents. 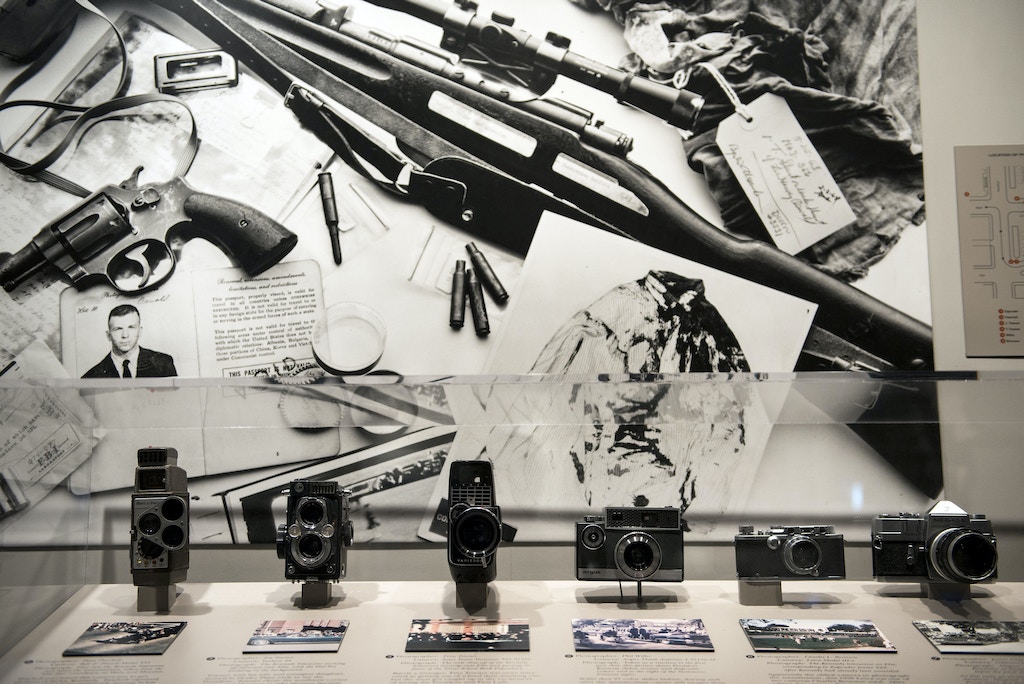 Cameras used to record the assassination of John F. Kennedy are seen in the Sixth Floor Museum formally the site of the Texas School Book Depository Oct. 8, 2013 in Dallas.

The first of these documents, a classification guide on the JFK assassination dated June 23, 2000, makes extensive reference to signals intelligence operations surrounding the Cuban missile crisis, the specifics of which are also elaborated in a second classification guide published on June 30, 2008.

Among the details deemed “top secret” in the JFK assassination guide are the NSA’s efforts to target and intercept Cuban diplomats’ and agents’ communications, as well as its knowledge of the cover names of the Cuban agents whose communications it was listening in on.

The missile crisis guide, meanwhile, states that the NSA was targeting Soviet general staff communications, suggesting a more comprehensive take than listening in on specific Soviet diplomats or spies; the provenance of the document indicates that this information remained classified at least until 2008.

In light of the amount of time passed, one can’t help but wonder why the NSA has been so determined to keep Cuban agents’ names and its 1960s intelligence-gathering mechanisms classified. (The agency declined our request for comment.) According to William LeoGrande, professor of government at American University and co-author of “Back Channel to Cuba: The Hidden History of Negotiations between Washington and Havana,” “It may be that the Cuban diplomats and agents involved are still active. Remember that the Cubans who entered the revolutionary government were very young at the time.”

Regardless of whether the Cuban actors in question are still operating, it remains unclear why the NSA decided to keep its 1960s signals intelligence activities and subjects classified. Perhaps some communication-monitoring methods were still in place when the assassination guide was produced, almost a decade and a half before former President Barack Obama’s move to normalize relations with the Castro government. And it’s possible Trump will want to keep them under wraps; his administration is quickly tearing Obama’s efforts asunder. Trump promised to walk back normalization in a speech in Miami in June, ensuring strict enforcement of the half-century-long embargo against Cuba and banning any form of exchange with entities run by the Cuban military, which controls an estimated 50 to 60 percent of the island’s economy. In that same speech, he praised veterans of the Bay of Pigs invasion; a group of such veterans, Brigade 2506, pledged formal support of Trump’s 2016 presidential bid in fall of last year. Obama-era diplomatic efforts deteriorated further in recent weeks as mysterious sonic attacks affecting U.S. spies and diplomats in Cuba prompted Secretary of State Rex Tillerson to withdraw 60 percent of staff at the U.S. embassy in Havana and expel 15 Cuban diplomats from Washington, D.C.

The NSA’s desire in recent decades to keep details of bygone intelligence operations classified may speak to the highly sensitive content of some of the Kennedy materials. The slated release, according to Morley, includes files on top CIA officers in the ’60s and ’70s, as well as hundreds of pages on the Watergate burglars. “I have always believed that some of these documents are so sensitive and embarrassing … the agencies are going to request continued postponement,” said Morley. Some of that embarrassment lies in the intelligence community’s own ties to the five Watergate burglars, several of whom were reportedly former CIA agents or recruits.

In response to an inquiry from The Intercept as to whether the CIA has indeed requested continued classification, the agency responded that it “continues to engage in the process to determine the appropriate next steps with respect to any previously unreleased CIA information.”

Reports that several government agencies have asked Trump to exempt certain JFK documents from this week’s release deadline casts into relief the antagonistic relationship between the president and the intelligence community. The intelligence community’s priorities, at least, seem clear. As Morley said, “If the CIA has a chance to keep a sensitive secret, they keep it.”

Top photo: Part of Warren Commission records on the assassination of President John F. Kennedy, this shell is one of three empty shells found at the window inside the Texas School Book Depository.