Alfa Bank is demanding a broad range of correspondence and information from Professor L. Jean Camp, raising a challenge to academic freedom. 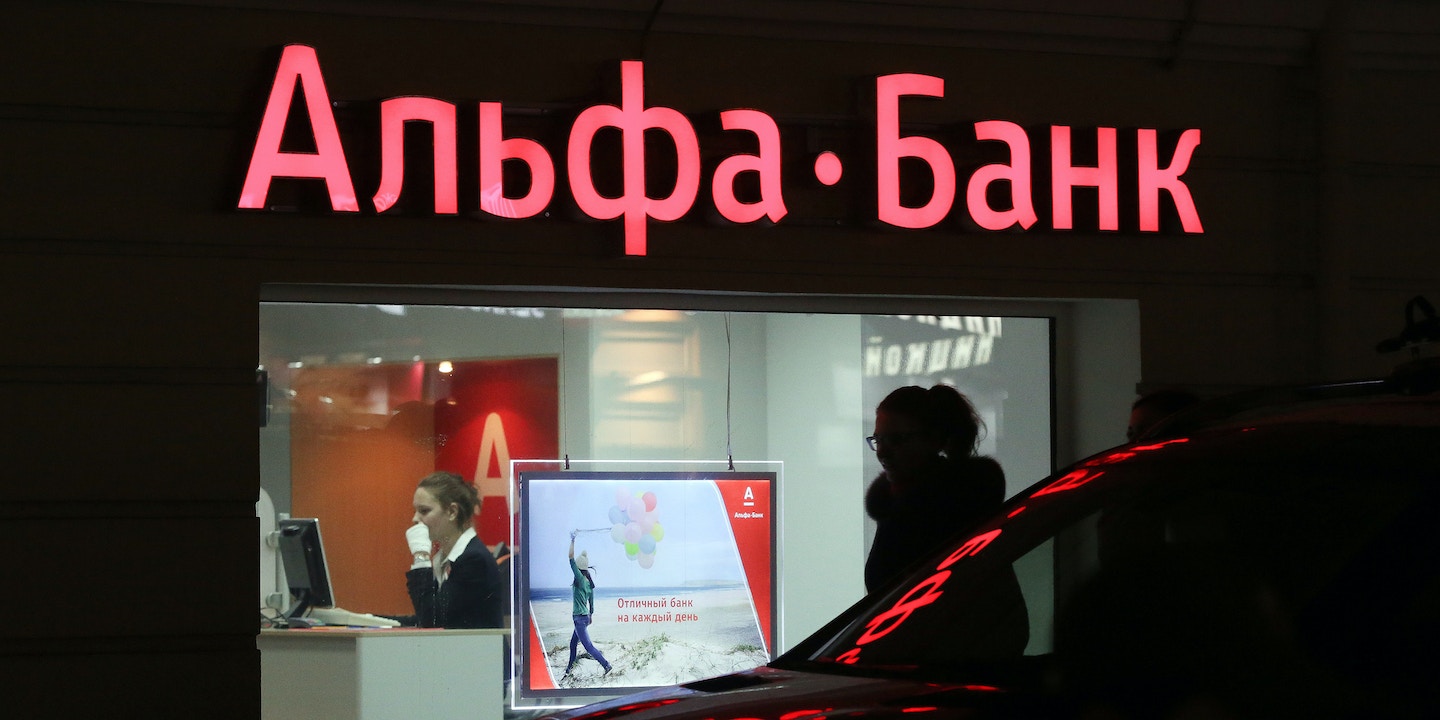 In November 2016, just days before Donald Trump won the presidential election, Slate published what appeared to be an explosive story connecting his business empire to a prominent, Kremlin-linked bank in Moscow. The story, using breadcrumbs left across DNS, the esoteric global computer system that undergirds the internet, alleged a pattern of covert communications between a Trump Organization email server and Alfa Bank. The story had some serious technical problems, but the underlying strangeness of what seemed to be going on was certainly worth checking out.

Today, the bank at the heart of the controversy is waging an intimidating legal campaign against an American professor who helped connect the odd dots — academic and intellectual freedom are being challenged by the interests of private capital. The Slate story itself was based in part on (highly educated) speculation by a small group of computer scientists about whether a list of internet pings between servers in the U.S. and Russia might have signified the existence of a backchannel between the Trump Organization and the Russian finance sector. Some of this internet traffic data was readily and publicly available, while some appeared to represent a rare and powerful (though not impossible or unheard of) ability to monitor the functioning of the internet. But all of the work done by these researchers, apparently led by a pseudonymous luminary in the internet infrastructure world named “Tea Leaves,” appeared carefully compiled and dispassionately argued.

Alfa Bank vehemently denied the conclusions of the computer scientists (and Slate), claiming the suspicious internet traffic was caused by errant spam emails from Trump hotels and that their reputation was under politically motivated attack. Outlets that included The Intercept and the Washington Post questioned just how solid the evidence was, pointing out technical gaps and suggesting that the weird server blips were certainly suspicious and worth investigating, but probably not evidence of covert communications. It was, it seemed, probably just too juicy to be true.

But even if the allegations of covert communications didn’t amount to anything, the work behind them shouldn’t be verboten. Researchers, journalists, and academics should feel able to interrogate data-related suspicions, even if the suspicions relate to a large, powerful, Putin-connected business. Alfa Bank does not agree.

In May of this year, the bank tapped Kirkland & Ellis LLP, a white-shoe American law firm, to write a letter to L. Jean Camp, an esteemed Indiana University computer scientist and researcher — and a vocal supporter of the claims made by Tea Leaves. This initial letter, first reported by CNN, claimed that the Camp investigation into the covert server chatter had “encouraged inquiries into supposed links to the Trump organization” and that her “activities continue to this day to promote an unwarranted investigation into Alfa Bank’s ‘communication’ with the Trump Organization.” The letter added that “Alfa Bank is exploring all available options to protect itself … [including] litigation and causes of action under the Computer Fraud and Abuse Act,” further demanding that Camp “preserve all records” pertaining to the Tea Leaves research. Such a preservation request is often the precursor to a lawsuit. There would be more letters.

Alfa’s lawyers went beyond scary lawyer boilerplate, demanding that Camp not only turn over all of her related communications with members of the media, but also divulge her full correspondence with the anonymous Tea Leaves, presumably for the purpose of unmasking and pursuing them. As a professor at a publicly funded university, Camp’s official correspondence is subject to public disclosure. A subsequent letter from Kirkland & Ellis made this threat explicit:

In a third letter to Camp from Alfa’s lawyer, dated June 21, the firm refers to Tea Leaves as an “agent provocateur” and makes even more extensive requests, this time demanding to know what contact Camp has had with other individuals in her academic community. With the threat of being sued by Russia’s largest bank and one of the most powerful law firms in the United States still hanging over her, the letter concludes by assuring “respect for Professor Camp’s academic freedom.”

Contacted by The Intercept, Camp commented that she is “well” and that “the university is supportive,” but that this is “an issue of American academic freedom under attack.” A letter posted by Camp to her university website shows that Kirkland & Ellis is also attempting to obtain copies of messages from both her university-provided and personal email accounts. Although public records laws typically don’t distinguish between U.S. citizens and foreign entities that use them, the purpose and spirit of such laws are generally understood to be a means of making government activities transparent for the public interest. Camp works for a public university and is a government employee, of course, but it’s hard to imagine laws like Indiana’s Access to Public Records act drafted with the well-being of Russian financial mega-institutions in mind.

Camp referred further questions to her lawyer, who declined to comment. An inquiry sent to Viet Dinh at Kirkland & Ellis somehow ended up with Jeffrey Birnbaum of BGR Public Relations, a D.C.-based firm that is representing Alfa Bank. Birnbaum told The Intercept that litigation was only an “option” Alfa Bank is considering and downplayed any actual legal threat to Camp or her academic peers and likeminded researchers. According to Birnbaum, the legal letters don’t constitute any legal threat, but rather “really make clear that what Alfa is trying to do is get all the facts straight about suspicious activity we’ve seen,” and that Alfa “does not want to resort to legal actions.” Birnbaum would not, however, rule out or deny that litigation against Camp is still on the table.

Top photo: A logo reflects on a parked vehicle outside an Alfa Bank lending branch in Moscow in 2015.