Virginia Voters Get Mysterious Robocalls That Their Polling Places Have Changed

In Virginia, voters in a prominent Democratic-majority county are getting robocalls falsely telling them their polling places have changed. 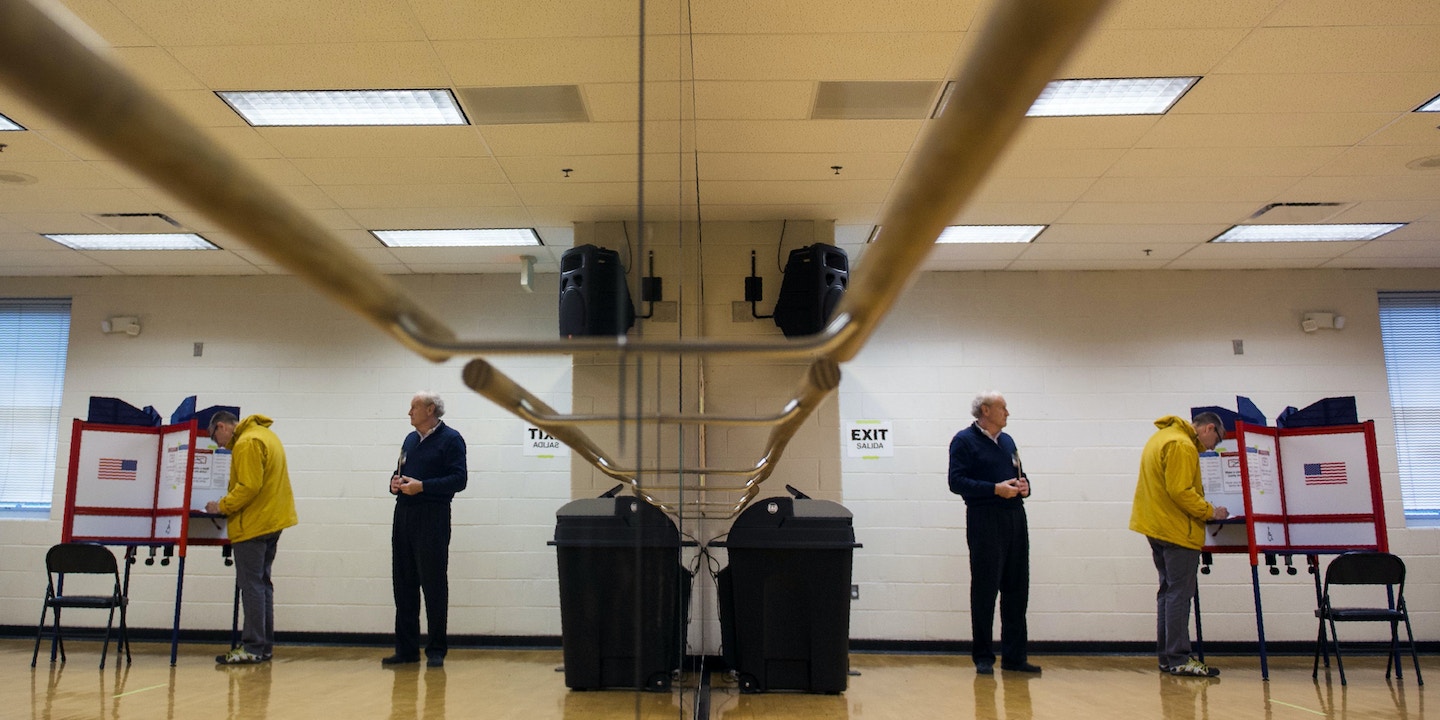 Virginians go to the polls today to vote on a number of statewide and legislative races.

But  voters in one prominent swing county in Virginia have received robocalls falsely telling them their polling places have changed.

Harry Wiggins, chair of the Prince Williams County Democratic Committee, told The Intercept that voters started alerting him about these calls last Friday.

“Some of those people were actually called multiple times,” Wiggins said. “They’re saying, ‘Your regular polling places has changed, you need to vote at a different polling place.'”

As of Tuesday, Wiggins said 32 voters have alerted him that they had received these robocalls.

Robin Williams, chair of the Prince Williams County Elections Board, confirmed to The Intercept that they have forwarded these complaints to the state — which has the power to investigate and prosecute election shenanigans.

He also said that the county was not responsible for these calls.

“If we change a precinct, we can’t do it 60 days before an election,” he said. He pointed out that every voter is notified by mail if their polling station is changed. “We spend a fair amount of money in order to move one of these precincts, a lot of notice. … You will never get a phone call from us or anything like that. Our communication to you is by mail.”

Republican state delegate Bob Marshall, who is facing Democrat Danica Roem in a contest today, told The Intercept he condemns these robocalls.

“Anybody who does that is breaking the statute somehow,” he said.

Fraudulent calls designed to deceive and suppress voters have a long history.

The campaign manager for former Republican Maryland Gov. Bob Ehrlich was convicted for ordering an automated call that went out on Election Day in 2010 designed to suppress African-American voters. The call, targeted at African-American voters in areas known for Democratic turnout efforts, told recipients to “relax” because the Democrat had already won the election.

Also in 2010, voters in New Hampshire, Louisiana, and Maine reported receiving similarly deceptive calls instructing them to vote online instead of in person. No states allow online voting.

The Prince Williams County NAACP on Tuesday also condemned the wave of robocalls. “We as an organization have fought for decades to have as many eligible people in our community participate in the electoral process as possible; these attempts at voter suppression cannot succeed,” the organization said on Facebook.

Top photo: A poll volunteer waits for a man to cast his vote at a polling station in Arlington, Va. on Nov. 7, 2017.