Roy Moore’s Republican Opponents Chased Rumors About “Women Issues” for Years, But Could Never Nail Them Down

A Republican strategist said Moore’s history of “women issues” was common knowledge in political circles, but the specifics were unknown until this week. 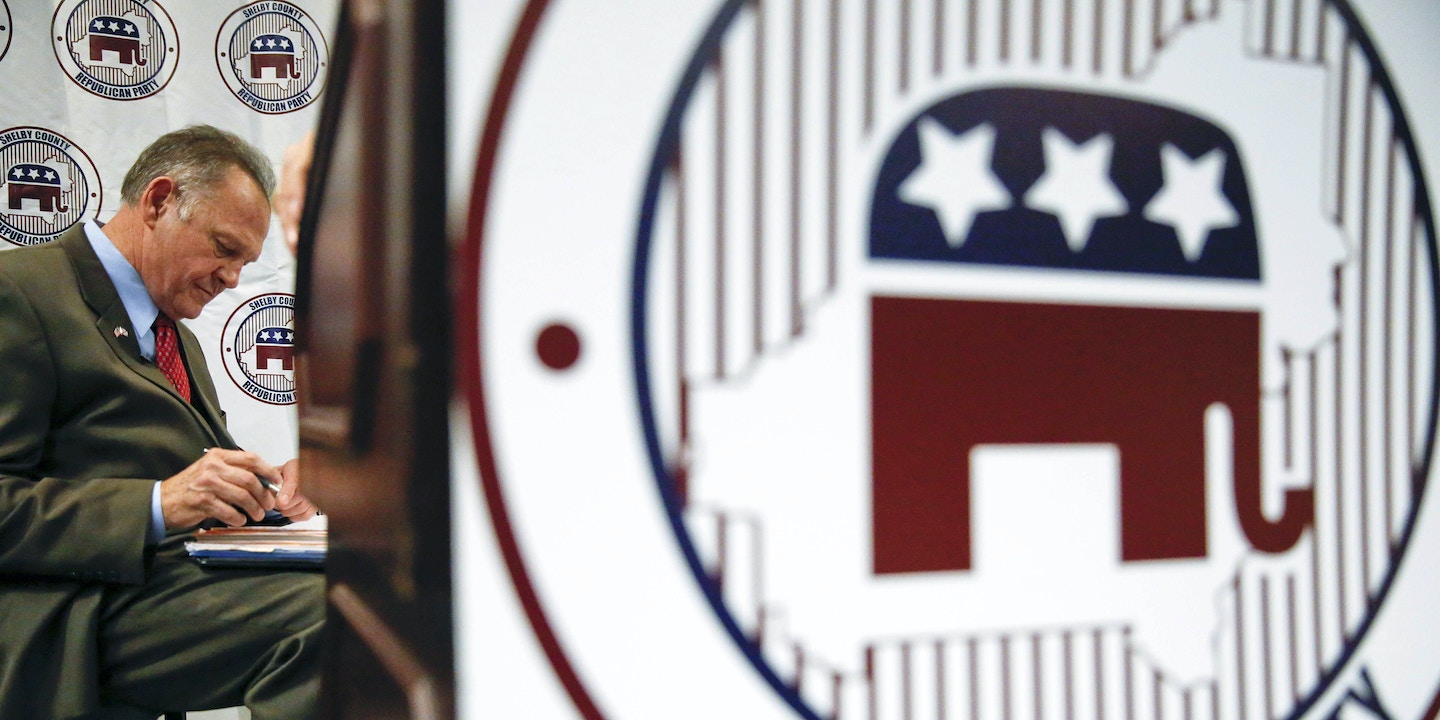 Republican strategists in Alabama have for years heard rumors that Roy Moore had “women issues” — a euphemism for sexual misconduct used in the politics business — according to four sources who ran various campaigns against Moore, but they were never able to get definitive proof.

“There’s been a rumor for a while,” said David Mowery, an independent political consultant who first heard the allegations in his role as campaign manager for Bob Vance, Moore’s opponent in a 2012 race for chief justice of the Alabama Supreme Court. “But I don’t know if anyone knew the extent of it, if you know what I mean,” Mowery added.

Moore is the Republican candidate in a December special election for a U.S. Senate seat in Alabama. Luther Strange, who lost the GOP primary to Moore in September, has also known of the broad allegations against Moore for months, according to two sources with knowledge of the campaign’s activities not authorized to speak publicly on the matter. Opposition researchers from Washington and from Strange’s campaign traveled to Moore’s hometown of Gadsden, Alabama, earlier this year, but were unable to confirm the rumors, the sources said.

One Republican strategist who declined to be named said Moore’s problematic history with women was common knowledge in political circles, but the specifics — that he preyed on and molested a 14-year-old girl, as the Washington Post reported Thursday — were unknown until this week. Part of the problem with chasing the story, the strategist added, is that rumors attach to so many men in power. “He’s got women issues going way back,” the strategist said he was told. “I feel like you hear that about everybody.”

On Friday, the National Republican Senatorial Committee dropped its support of Moore. Sen. Mike Lee of Utah, who endorsed Moore after his primary victory in September, has asked the Moore campaign to stop using his picture in a fundraising email the campaign sent out Friday.

The Moore campaign, in a lengthy statement, called the reporting in the Washington Post “fake news,” arguing that if the allegations were true, they would have been made earlier.

“Judge Roy Moore is winning with a double-digit lead. So it is no surprise, with just over four weeks remaining, in a race for the U.S. Senate with national implications, that the Democratic Party and the country’s most liberal newspaper would come up with a fabrication of this kind,” the campaign argued.

On Friday, Moore tried to walk back some of this tough talk by clarifying he believes most victims of abuse, just not his victims.

“I also believe that any person who has been abused should feel the liberty to come forward and seek protection,” Moore wrote in a statement, before admonishing his accusers. “False allegations are gravely serious and will have profound consequence on those who are truly harassed or molested.”

But Moore went on Sean Hannity’s radio show Friday afternoon and gave a much more equivocal answer. Asked if he dated 17- to 18-year-olds when he was in his 30s, More said, “Not generally, no.”

“I don’t remember dating any girl without the permission of her mother,” he offered.

Those who have run against Moore, however, are pessimistic his voters will leave him over the molestation scandal. “Unless there is some sort of definitive proof that this is true, Roy Moore voters will be invigorated,” said Angi Stalnaker, a prominent strategist who has run multiple campaigns against Moore.