Donna Brazile: Bill Clinton Should Hit the Campaign Trail for Democrats in 2018

Former Interim DNC Chair Donna Brazile said talking about Bill Clinton’s past at this time distracts from the “pervasive problem” of sexual harassment. 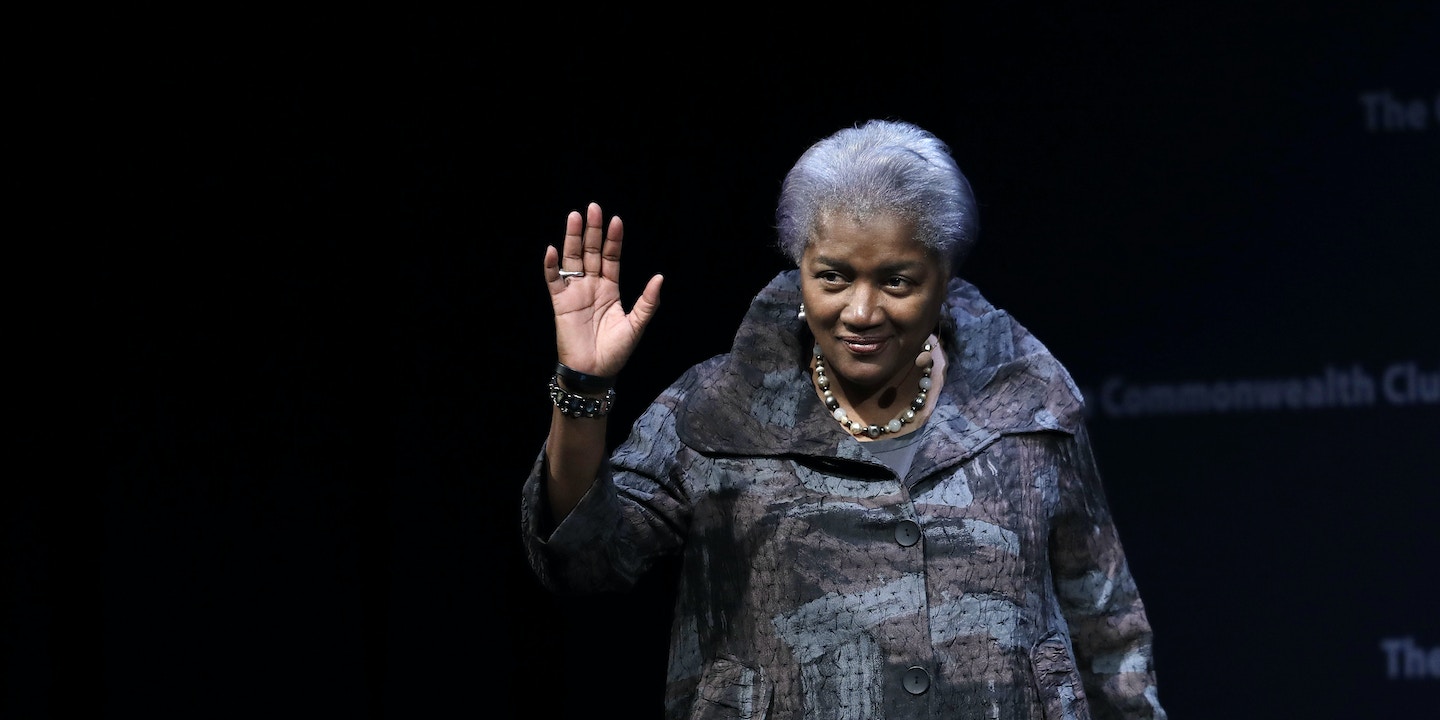 Former Interim Democratic National Committee Chair Donna Brazile said Bill Clinton “paid a huge price” for the Monica Lewinsky scandal and that talking about his past at this time distracts from the “pervasive problem” of sexual harassment in “our society and the workplace.”

Sen. Kirsten Gillibrand, D-N.Y., recently told the New York Times that Bill Clinton stepping down during the scandal involving Lewinsky, a White House intern at the time, would have been an “appropriate response.”

During an event at Politics & Prose bookstore in Washington, D.C., on Tuesday evening for her new book “Hacks: The Inside Story of the Break-ins and Breakdowns That Put Donald Trump in the White House,“ Brazile weighed in on Gillibrand’s statement about Clinton and whether Democratic candidates should campaign with the Clintons during the 2018 midterm election campaign.

“Absolutely, no doubt, and let me tell you something,” Brazile said. “I worked for Bill Clinton and Al Gore, OK, part of my formative years. Bill Clinton was impeached. In 1998, I went over to the DNC, I left my job with [Reps.] Eleanor Holmes Norton and Dick Gephardt to go over to the [Democratic Congressional Campaign Committee] and the [Democratic Senatorial Campaign Committee] and the DNC, and we came within five seats [of taking the House in the 1998 midterm elections]. Bill Clinton paid a huge price and I know everybody wants to re-litigate it today and rather than talk about Roy Moore, a man who has been banned from the mall, and not want to talk about sexual harassment — sexual harassment is a pervasive problem in our society and the workplace.”

Brazile’s memoir has been much-discussed in Democratic circles, as it reveals that the campaign of Hillary Clinton had won outsized control over the DNC as early as the fall of 2015. The campaign took on the DNC’s debts, which had mounted under the mismanagement of former President Barack Obama and former DNC Chair Debbie Wasserman Schultz.

The book does not treat the Democratic presidential nominee gently, a mood signaled by the memoir’s opening line: “When the name Hillary Clinton popped up on my phone in February 2017, I realized hers was a call I stopped waiting to receive.”

At the book event, Brazile said she was worried that the focus on individuals like Bill Clinton would distract from the broader problem. “It’s not just celebrities. It’s not just politicians. It’s not just comedians. Rather than address this issue, we’re trying to make this out of a political issue like, ‘Oh, should he do this and should he’ — this is a pervasive problem in the workplace, and we need to give encouragement to the people who are coming forward with their story,” she added.

“I believe the women and we should stop trying to distract from the issue at hand, which is sexual harassment. It is immoral, it’s wrong, and it doesn’t matter if it occurred 30 years ago or if it occurred last night. We need to speak out and give voice to what is happening in our society.”

Despite Hillary Clinton’s loss to Donald Trump in the 2016 election, Brazile said the Democratic Party needs the Clintons out on the campaign trail. She applauded the Clintons for helping “recruit” new faces for the party.

“I am grateful for their service. Bill Clinton was in Puerto Rico yesterday. I know a little bit about, you know, not having running water after a storm. I know a little bit about what it’s like to have your roof blown off your head after a storm. I am proud that Bill Clinton has continued his service. He’s not perfect. I’m not perfect. John 8 said he or she without sin – I put ‘she.’ I know the men who wrote the Bible didn’t understand that women had a role too, but — cast the first stone,” Brazile said.

“The Clintons have been extremely effective in helping the Democratic Party recruit the next generation of candidates and much more. We need Bernie Sanders out there. We need Hillary Clinton out there. We need Joe Biden out there. When your party has been in the wilderness; when you’ve lost 932 state legislative seats and 11 gubernatorial seats; when you’ve lost over 63 congressional seats, we can’t afford to be going out there and saying, ‘Donna, sit your butt home. Bill, sit your butt home.’ We need everybody to get their butts out there and win in 2018 and beyond – that’s where I stand,” she added.

Brazile told the audience she has “no regrets” about taking the job as interim DNC chair after Wasserman Schultz resigned after WikiLeaks posted thousands of internal DNC emails.

“I know that some of you have probably read the excerpts and it worked you up, and that’s a good thing because if you’re not worked up about 2016, then I don’t know what you are waiting for in terms of the future. I’m still worked up about what happened in 2016,” she said. “My book is above love — love of country and love of my party and the candidate that I wanted to help get into the Oval Office, and I have no regrets that I went over to the Democratic National Committee.”

Brazile recalled someone asking her in Louisiana why she didn’t quit given the problems at the DNC that she described in her new book.

“After being on the road for almost three weeks, it made me cry and I’m a tough old lady. It made be cry because, why would I quit when I wanted to see Hillary in the White House? And why would I quit when my staff, my friends, my colleagues — they were under attack?” she said. “I would never leave the battlefield as long as I had people out there fighting on my behalf and your behalf and on behalf of those who were running. It was not just a hack, it was a crime, and no one has been brought to justice yet.”