Across the right-wing internet, plans to axe net neutrality are not going down well with Donald Trump’s base. 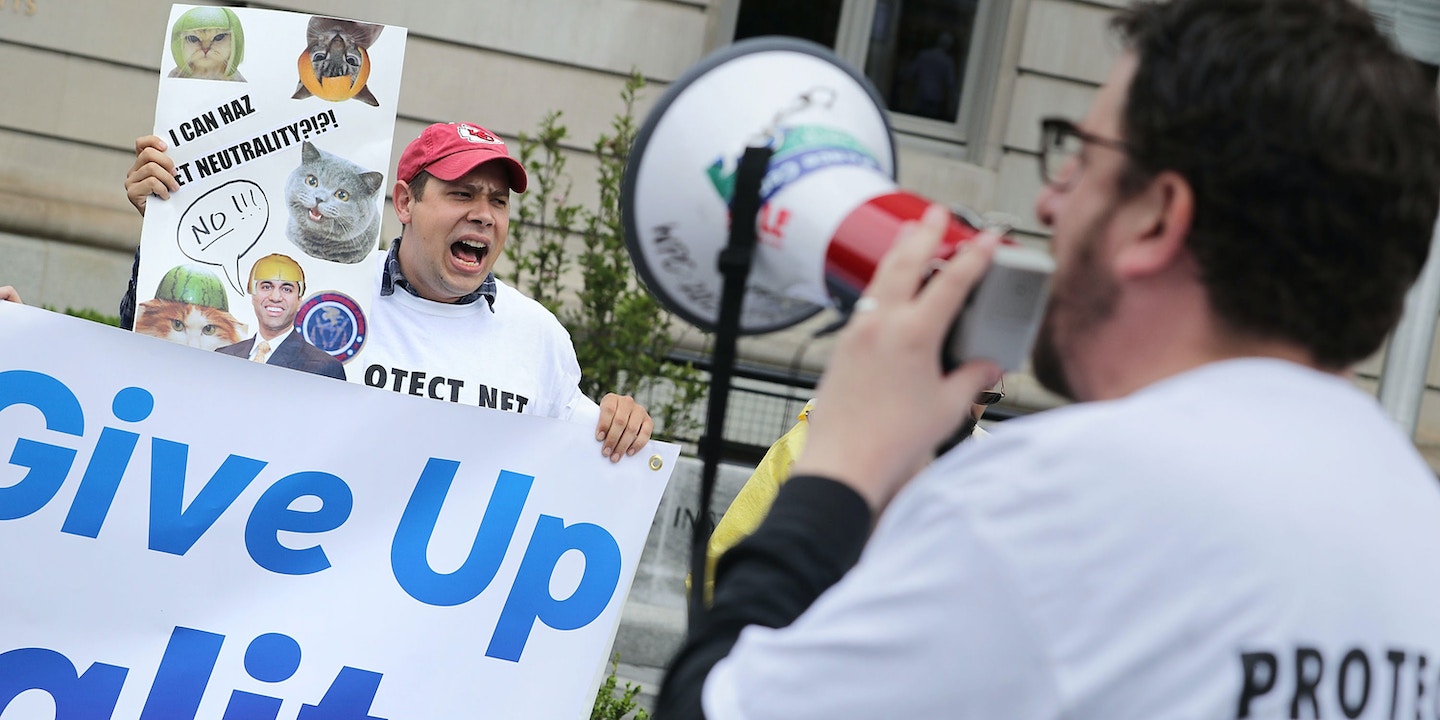 Federal Communications Commission Chief Ajit Pai has announced that on December 14, the body will vote to pare back net neutrality rules.

Internet freedom activists and progressive organizations immediately responded to the announcement with a wave of opposition, as was expected.

But more interestingly, in some of the most right-wing and Trump-supporting corners of the internet, there is a rebellion brewing.

Take, for instance, Breitbart News. The popular right-wing website has been a loyal ally to President Donald Trump, perhaps more devoted to his cause than any other.

The article about Pai’s move has 1,117 comments, mostly aghast at the FCC’s plan.

“This is as anti consumer as it gets. All will pay more for less [while] simultaneously enriching corporations as they increasingly control who sees what when and how. This is NOT MAGA. It’s a heist and a hijacking,” writes commenter Dr. Pangloss in the top-voted comment on the thread.

Others, like john05, quickly came to the correct conclusion that this could even help telecommunications companies that are close to the Democratic Party. “Comcast will be laughing all the way to the bank when it gets permission to bias its subscribers’ internet traffic in favor of its own media holdings like MSNBC,” he noted.

“Why is Trump on board with this?” asked commenter STOP! “We need more monopoly-busting (e.g. Goolag. Twitter, Facebook free speech guarantee), not less.”

Julian Assange and Kim Dotcom, tech libertarians whose anti-authority politics drove them toward anti-establishment Trump, broke with the president over the issue. Both are influential within the online Trump community.

Dotcom, in particular, was called out to comment on the move by activist Barrett Brown.

Verizon installed their own net-neutrality assassin to takeover the @FCC to create a multi lane Internet, benefitting only big telcos and not the public. One lane for the poor and one for the rich. @realDonaldTrump made a big mistake appointing this Verizon puppet to run the FCC. https://t.co/0pn8qLgSur

Assange, meanwhile, tried to speak in a language Trump might understand.

Dear @realDonaldTrump: 'net neutrality' of some form is important. Your opponents control most internet companies. Without neutrality they can make your tweets load slowly, CNN load fast and infest everyone's phones with their ads. Careful.

Over at the Daily Caller, another popular right-wing website, some commenters are taking the same route on articles about net neutrality. “Net neutrality is actually good for everyone. I bleed red and vote red, but I’m not okay with this. Repealing net neutrality gives ISPs all the leverage in the world to wring every last cent out of us,” wrote Frank Danger, who has a picture of Supreme Court Associate Justice Clarence Thomas as their avatar.

Some commenters on popular right-wing internet forum Free Republic agreed. “This is a terrible idea. Ending net neutrality will lead to increased censorship and government/corporate control of the internet,” wrote WatchungEagle.

Over at The Blaze, it was more of the same. “Diehard conservative here but I am REALLY REALLY REALLY against this. This is going to result in the opposite of a free-market. How does anyone think this is a good idea? This is terrible news that results in higher prices for us and less options available. Really disappointed in this,” wrote SpringBreakWoo.

The top-voted comment on a thread about Pai’s plan on the popular pro-Donald Trump subreddit “The Donald” is “Damn that’s fucked,” by Phate1989. “We must FIGHT!” HarranGRE says in the second-most top-voted comment.

On the main conservative subreddit, r/conservative, a user asked if other users agreed with eliminating net neutrality. The top-voted comment reads, “If we had actual competition for Internet, I would support it. Because the market would kill it anyway. But we don’t. We have monopolies. So I don’t support it.”

On the NASCAR subreddit, which is not explicitly political but caters to an audience that is very much Red State America, a thread on the attack of net neutrality went above 60,000 points before being closed by moderators. One commenter pointed out this was the all-time top-voted thread in the history of the subreddit.

Top photo: Proponents of net neutrality protest against Federal Communication Commission Chair Ajit Pai outside the American Enterprise Institute before his arrival May 5, 2017 in Washington.