U.K. politicians debate the “urgent question” of “online hate speech and the sharing of inflammatory content online by the president of the United States.” 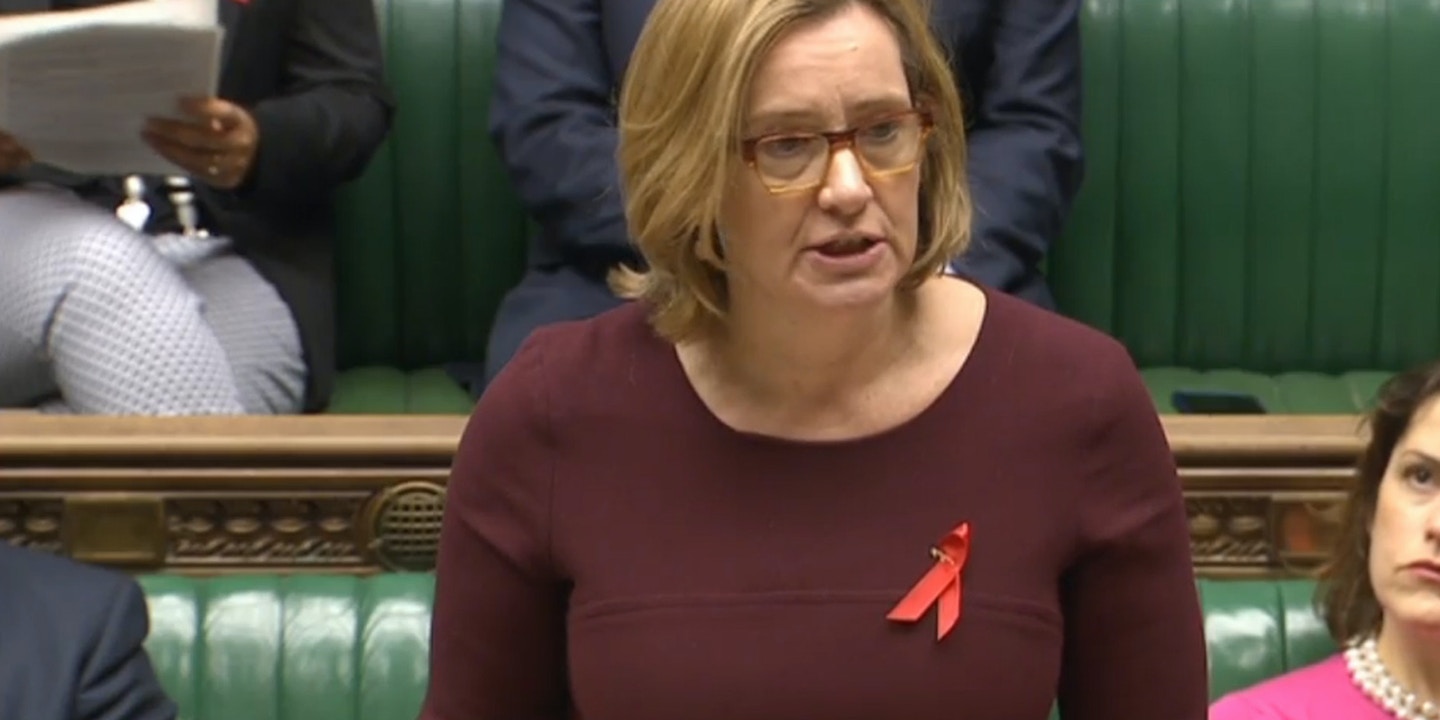 Britons have rarely been more divided than they are at present over the headlong rush toward an exit from the European Union nearly half the electorate rejected. But on Thursday, the United Kingdom was nearly united on one point: a widespread revulsion at U.S. President Donald Trump for his decision to fold the far-right, racist fringe group Britain First into his warm Twitter embrace.

So POTUS has endorsed the views of a vile, hate-filled racist organisation that hates me and people like me. He is wrong and I refuse to let it go and say nothing

Re Trump’s visit: it’s vital we have a total and complete shutdown of fascist Presidents entering the UK until we can figure out what’s going on.

The condemnation of Trump from leading politicians across the spectrum, which began on Wednesday, accelerated on Thursday during a debate in Parliament on what was formally termed the “urgent question” of “the activities of Britain First, online hate speech and the sharing of inflammatory content online by the president of the United States, Donald Trump.”

Feels like a pivotal historic moment as MPs on all sides of the Commons line up to call Trump "stupid", "racist or incompetent", "fascist" and so on: consequences could be far-reaching.

The debate began with the Home Secretary Amber Rudd, a Conservative whose office maintains a list of extremists banned from entering the U.K. for hate speech, repeating Prime Minister Theresa May’s position that “this government will not tolerate any groups who spread hate be demonizing those of other faiths or ethnicities and who deliberately raise community fears and tensions — and we have been clear, President Donald Trump was wrong to retweet videos posted by far-right group Britain First.”

When another Conservative member of parliament, Peter Bone, suggested that the world would be a better place “if the prime minister could persuade the president of the United States to delete his Twitter account,” Rudd replied that “many of us might share his view.”

UK lawmaker: "Wouldn't the world be a better place if the Prime Minister could persuade the President of the United States to delete his Twitter account?"

Chris Bryant, a member of the opposition Labour party who suggested on Wednesday that Trump should be arrested for inciting religious hatred should he step foot in Britain, led calls for the government to revoke its invitation for the president to enjoy a state visit to the U.K. The planned visit was already postponed earlier this year after Trump launched an unhinged Twitter broadside at the mayor of London, Sadiq Khan, in the immediate aftermath of a terrorist attack in the British capital.

'You cannot stand up to horrible racism - or pretend to do so - and invite the man in through the front door'@RhonddaBryant objects to @realDonaldTrump's far-right retweets pic.twitter.com/8IkOYMP6fo

The call to cancel the visit was echoed by London’s mayor, whose Muslim faith is clearly the reason Trump has singled him out for criticism on numerous occasions.

President Trump has used Twitter to promote a vile, extremist group that exists solely to sow division and hatred in our country. It's increasingly clear that any official visit from President Trump to Britain would not be welcomed. pic.twitter.com/oZ1Kt0JCfY

Rudd said that the invitation would not be rescinded but hinted that it would not take place any time soon.

Amber Rudd repeats arrangements have not been made for the visit, implying they won’t be. But there will be no withdrawal of the offer.

Given that the U.K. is committed to leaving the EU, striking a trade deal with the United States is considered essential by many Conservatives, so the government is loathe to risk offending Trump by canceling the visit.

Still, as another Labour member, Yvette Cooper, argued, even as “we agree on the importance of our relationship with the U.S. and our peoples have stood together against far-right extremism and against Islamist extremism and will do so again, but that is exactly why we cannot pander now because Britain First gets its succor from spreading its poison and its extremism online, that is how it works. And the president of the United States has just given it a rocket boost in promoting hatred in our communities.”

New battle for democracy is online. It's why we can't pander to @realDonaldTrump over online hate pic.twitter.com/dZB1QlWpll

“No matter what diplomatic route we find to do it,” Cooper added, “we cannot simply roll out a red carpet and give a platform for the president of the United States to also sow discord in our communities.” Britons know from their own history, she said, “where the spread of extremism leads, unless enough of us are prepared to stand up now and say no.”

Brendan Cox, whose late wife Jo was the pro-Europe British politician assassinated last year by a deranged white supremacist screaming “Britain First,” responded with anger and then sarcasm to Trump’s miffed tweet that May should not “focus on me.”

.@Theresa_May, don’t focus on me, focus on the destructive Radical Islamic Terrorism that is taking place within the United Kingdom. We are doing just fine!

You have a mass shooting every single day in your country, your murder rate is many times that of the UK, your healthcare system is a disgrace, you can’t pass anything through a congress that you control. I would focus on that. https://t.co/SNcqOZGvLQ

I feel sorry for the UK ambassador. “Yes of course we want the visit to happen Mr President Sir, it’s just the Queen is really busy this side of 2020, you know, what with the wedding, and er Brexit and... er... Corgis”

Top photo: During a debate in the House of Commons on Thursday, Amber Rudd, the British home secretary, criticized Donald Trump for retweeting videos posted by the far-right group Britain First.