“The first black president in American history was a disaster for black wealth,” authors of the think tank report wrote. 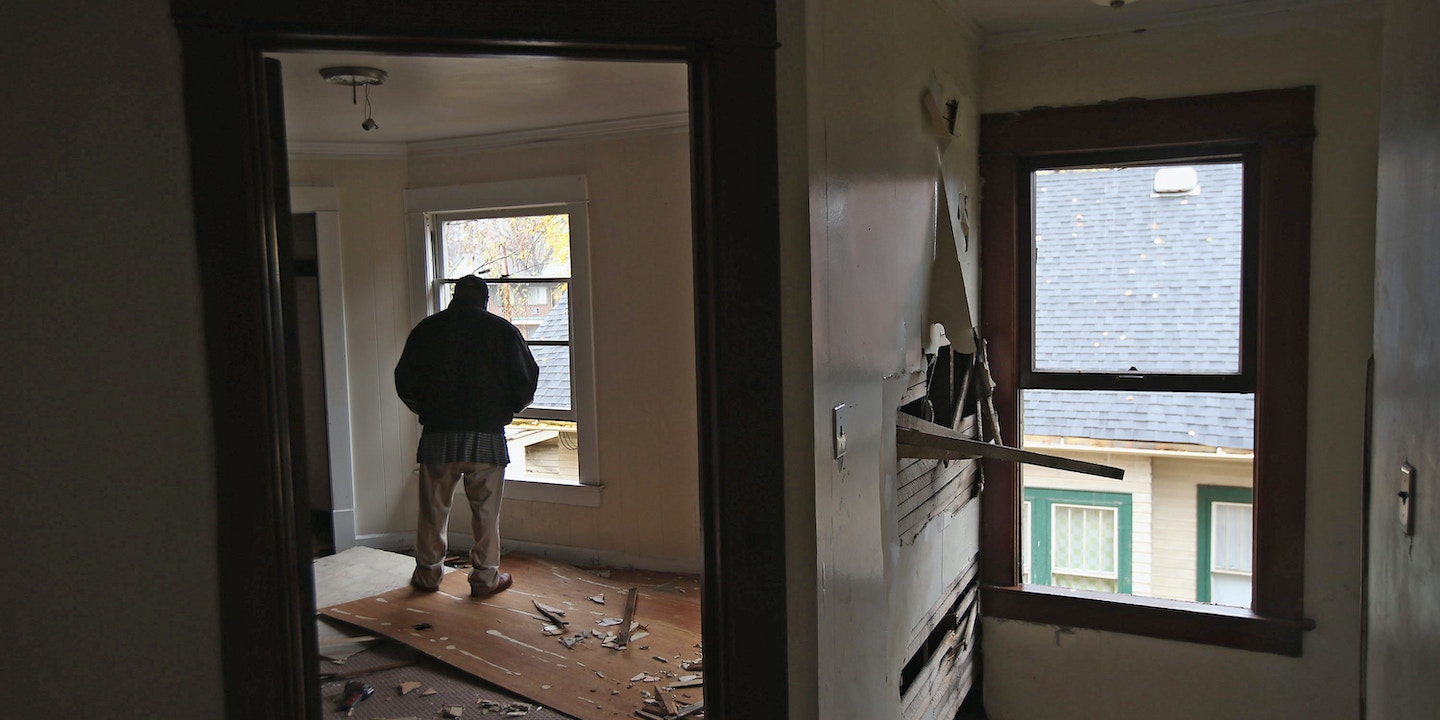 Barack Obama’s election marked a significant turning point in American history, and it was rightly celebrated as a sign of racial progress. But Obama’s presidency came at a time of economic hardship, due to predatory financial practices that led to the 2007 recession. That, combined with the Obama administration’s flawed housing policies, led to a major decline in African-American wealth during the Obama years, according to a new report from the People’s Policy Project, a new Washington, D.C.-based think tank.

“What it shows is we bailed out Wall Street — that wasn’t entirely Obama’s doing at all, that was Bush and the Federal Reserve, Ben Bernanke, and so forth — but housing was almost entirely under his control. Homeowners were not bailed out,” Ryan Cooper, one of the report’s authors, told The Intercept about the findings of the report.

Many middle-class Americans saw their wealth decimated by the subprime mortgage debacle, but African-Americans suffered a particularly heavy blow because so much of that population’s wealth was tied up in housing.

Cooper and his co-author Matt Bruenig cite data from the Federal Reserve’s Survey of Consumer Finances that demonstrates that home equity was important to middle-class Americans of all backgrounds in 2007 but particularly important to African-American wealth.

The report cites a Center for Responsible Lending study that found that between 2004 and 2008, 6.2 percent of white Americans with a credit score of 660 and up received subprime mortgages, compared to 19.3 percent of Latinos and 21.4 percent of African-Americans.

The Survey of Consumer Finances data the authors collected showed that significantly more African-American homeowners had negative equity following the Great Recession than any other group. At the peak, 14 percent of black homeowners were underwater: 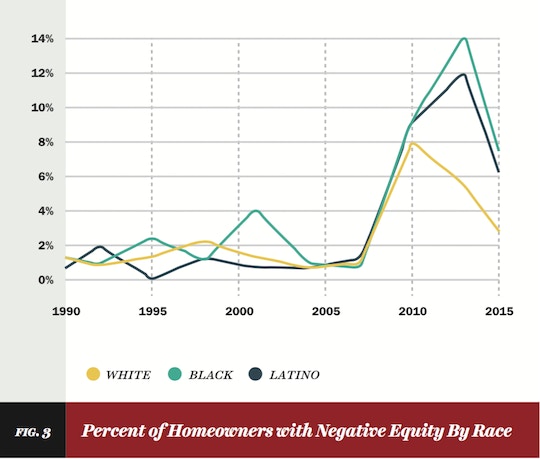 The authors point out that in terms of total wealth, the top 10 percent of African-Americans and whites actually saw a positive change between 2007 and 2016, while most brackets saw large declines:

Cooper and Bruenig are critical of the Obama administration’s response to the financial crisis, taking aim at policies that bailed out large financial institutions while offering little help to homeowners. The authors singled out the Home Affordable Modification Program for censure for seeking to incentivize mortgage services to modify loans.

The failures of HAMP are well-documented — it ended up helping big banks and doing very little for homeowners.

The authors suggest that the New Deal’s Home Owners’ Loan Corporation is a model that may have yielded different outcomes. HOLC purchased mortgages directly and refinanced them, but such a model of direct government intervention and control of an economic problem has been anathema to modern government officials.

“Because African-Americans were disproportionately victimized at all levels of the housing and foreclosure crises, they stood to gain disproportionately from any sensible policy response. But because policy was not sensible — because it was, in fact, a catastrophic failure — the first black president in American history was a disaster for black wealth,” Cooper and Bruenig conclude.

Top photo: A homeless man looks from the window of a condemned house on Oct. 28, 2012 in Warren, Ohio. Warren, located in northeast Ohio, was hit especially hard by the recession and the home foreclosure crisis.