Yemenis Reflect on Former Leader Saleh’s Death: “Everything That Happened in Yemen Was Always About Him”

None of the Yemenis interviewed saw former president Ali Abdullah Saleh’s assassination as a good omen for Yemen, which continues to be ravaged by war. The war in Yemen took an unexpected turn last week when the country’s former president, Ali Abdullah Saleh, was assassinated by a Houthi rebel militia at his home in the capital, Sanaa. Until early December, Saleh and the Houthis, an Iranian-backed group that controls Sanaa and much of northern Yemen, had been allies. But days before he was killed, Saleh split with the Houthis and reached out to Saudi Arabia in a bid to end its nearly three-year military campaign against the rebels, whom the Saudis view as an Iranian proxy force on their southern border. Bombing by a Saudi-led coalition has decimated infrastructure in already impoverished Yemen and killed thousands, while an intermittent Saudi blockade on all ports of entry in Houthi-controlled Yemen has created famine-like conditions and a severe fuel shortage.

Saleh had ruled Yemen for 33 years before he relinquished power in 2012 following a year of Arab Spring-inspired protests. He built a Yemeni state that grew increasingly centralized under his control and also made him extraordinarily wealthy. His regime stymied human rights and killed scores of protesters during the Arab Spring; after North and South Yemen were united in 1990, many southerners felt the Saleh regime was biased against them. Under Saleh’s watch, and partly because of it, Yemen became home to a burgeoning Al Qaeda offshoot. Saleh played an astute political game that pitted his enemies against each other, while bringing others into his fold via a vast network of corruption. The inner workings of his government, especially the sprawling patronage network and kickbacks for everyone from businessmen to former Al Qaeda members, were secretive but crucial to how the country functioned during his presidency.

Saleh stayed in Sanaa after he stepped down, but grew increasingly frustrated with his successor, Abdu Rabbu Mansour Hadi. Feeling sidelined, Saleh helped the Houthis in their conquest of Sanaa in September 2014. That Saleh connived his way back into a position of leadership by embracing his former enemies came as no surprise to Yemenis who knew their longtime leader would never give up power easily. Saleh’s move to end the war by violating his alliance with the Houthis and making overtures to Saudi Arabia may salvage his reputation for many Yemenis. Others always viewed him as a necessary dictator, believing that Yemen’s messy tribal politics required a strongman who could — at least to some extent — control powerful tribes.

When I lived in Yemen during the Arab Spring, Yemenis often told me that Saleh would never be killed by his opponents in a public and graphic manner like former Libyan President Moammar Gadhafi. It is against Yemen’s all-important and unwritten tribal code to debase a leader in such a way. Urbanization has been eroding tribal law, however, and the war has taken a toll on common morality.

I asked five Yemenis of different ages and from many parts of society to reflect on Saleh’s death and what they think it means for the future of their country. A recent internet and social media clampdown in Sanaa has made communication with people in Houthi-controlled territory much more difficult; as a result, I was unable to reach Houthi supporters for comment. All the Yemenis I spoke to were shocked that their famously mercurial ex-president was gone, but none saw his death as a good omen for Yemen, even those who risked their lives to protest against the Saleh regime in 2011. All but one answered in English; Maged al-Madhaji’s comments have been translated from Arabic. Responses have been edited for clarity. Personally, I didn’t want Ali Abdullah Saleh to die now. I wanted him to end the Houthis first. No matter how bad he was, the Houthis are so much worse. They are full with anger. They lived most of their lives fighting. I have seen what they have done to Aden and the south. I wanted Ali Abdullah Saleh to take control so the peace process can have a chance. Three peace talks and nothing happened, and nothing will happen because Houthis are nothing but a rebel militia. However, Saleh deserved what happened to him. He is the reason behind all of the destruction that happened to Yemen. And I know that millions of Yemenis who have suffered from his actions are happy. The death of Saleh is the end of an era, the end of three decades when everything that happened in Yemen was always about him. Saleh was the most manipulative and unethical politician. He was one of the shrewdest of Yemenis in a difficult and complicated country. Saleh was a dictator, and Yemenis’ dreams were crushed during his reign. He left many questions unanswered. There is much sadness about his death because many were attached to the idea that he had the chance to save them from the rule of the Houthis and indeed from the brutal way in which the Houthis treated him. My personal feelings are mixed. This man has been in power for so many years. He was the most influential man in my country and responsible for everything that happened in Yemen. I suffered a lot because of that. Now we are suffering from a war for which Saleh was one of the causes. I am angry with him and saddened for him. The situation is very confusing as a result of his sudden and shocking departure. 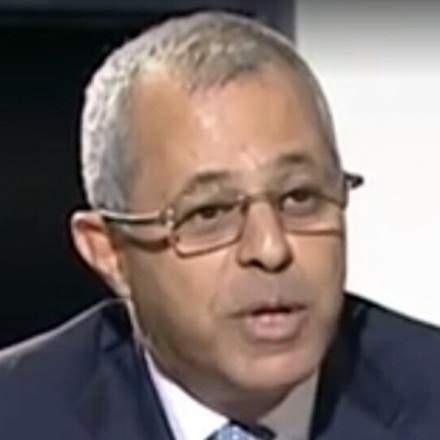 The circumstances surrounding the killing of the former president remain unclear. What is certain is that his absence will add to the political ambiguity and leave a vacuum that I doubt can be filled soon. Saleh represented the highest degree of pragmatism and used all means in his power to protect his presidency. I will remain confused in explaining his decision to break his ties with Houthis: Was he betrayed? Was he suicidal? Did he miscalculate the reaction and the support he had from tribes and the people? What happened to him will remain a big question mark. Houthis are now alone to face the consequences of their action. They will be in total control of the north and are now the sole representatives in any future peace negotiations. I was saddened for the death of Saleh and shocked at the way he was shown by the Houthis’ cameras! It [hasn’t happened] in Yemeni history since imams used to display the heads of men they executed. The scenes were horrific and inhumane. Since 2011, Saleh has played a very risky game that has endangered his life, his history, the whole country, and the future of the coming generations. Fueled by a desire for revenge against opposition parties who joined the youth revolution in 2011, he allied with the Houthis, no matter what the cost, and supported their expansion till they invaded Sanaa in September 2014. He played the same game successfully in 1994, when he used the Muslim Brotherhood to get rid of his vice president, Ali Salem, and the Socialist Party. Throughout all this, Saleh was putting the country and military forces in wars that only aimed to terminate his enemies. This has gradually dissolved and weakened the Yemeni army and the country’s military institutions while the Houthis’ militia was getting stronger. For the country, I think after Saleh’s death, people will suffer a lot from the repercussions of his tricky politics, particularly in the capital Sanaa, where people will find it as difficult to confront the Houthis as we did in Taiz [where the Houthis have been engaged in a brutal and deadly ground war] and Aden. In the three days prior to Saleh’s death, I barely got any sleep. I was worried about my family and friends in Sanaa as the clashes were getting fierce. As one of the first organizers against Saleh during the revolution in 2011, my reaction to his death was a mix of different emotions, the worst of which were fear and uncertainty. During the protests, I would argue with protesters who held an image of Saleh’s head hanged on a rope, and we would get into lengthy debates about capital punishment. For me, the ideal scenario for Saleh would have been a fair trial where Saleh would be sentenced for life for the crimes he committed during his rule and the crimes he committed during our revolution, where some of my friends were killed by his men. None of the scenarios in my head for Saleh during the war involved his death. For many Yemenis, he was just invincible, maybe even immortal. The Houthis have proved how strong they have become since they took over Sanaa, and Saleh’s death paves the way for their dominance. The recent shift in power means that the prolonging of the war and the continuation of Saudi airstrikes are inevitable. For those like me who are abroad, this means the continuation of being worried about our loved ones and the continuation of sleepless nights.

Top photo: Hundreds of thousands of Yemenis hold posters and portraits of Yemen’s ex-president Ali Abdullah Saleh during a demonstration in support of the former president, as his political party marks 35 years since its founding, at Sabaeen Square in the capital Sanaa on Aug. 24, 2017.