Kirstin Lobato was wrongly convicted of the 2001 murder and penis amputation of a homeless man, despite a lack of evidence and a strong alibi. 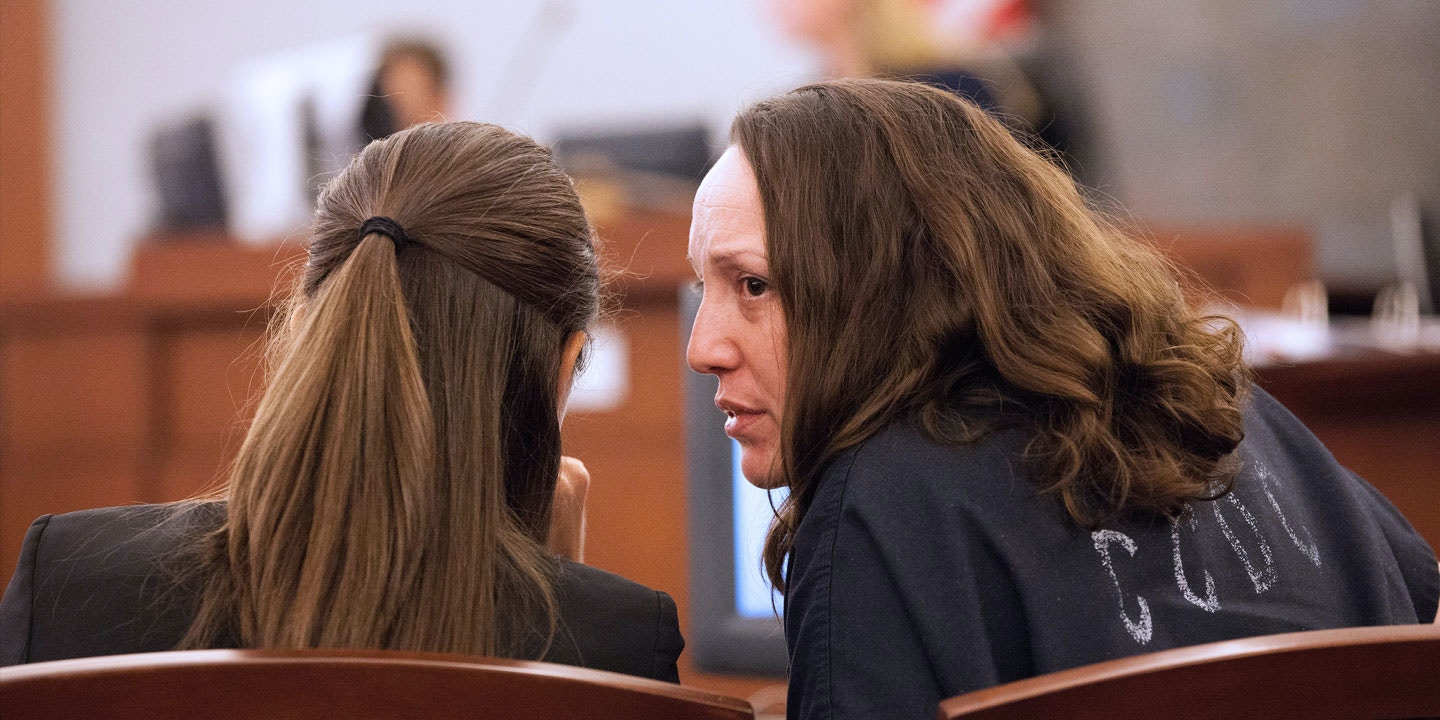 A district judge in Las Vegas has granted a new trial for Kirstin Blaise Lobato, who was convicted of murdering a homeless man and amputating his penis. The 55-page ruling by Judge Stefany Miley, released December 19, offers a solid chance for Lobato to finally prove she was wrongly convicted of the crime.

Lobato has been in prison for more than 11 years for the grisly murder of 44-year-old Duran Bailey, whose beaten and bloodied body was discovered partially disrobed, his mutilated groin wrapped in plastic, behind a dumpster just off the city’s famed Strip around 10 p.m. on July 8, 2001.

The crime scene was ripe with evidence, none of which linked Lobato to the slaying. But instead of mining the evidence or focusing on likely suspects, police detectives relied on a third-hand rumor to target Lobato, a stranger to Bailey, for the crime. Lobato even had a solid alibi: The day that Bailey was murdered she was at her parents’ home in Panaca, a small town near the Utah border nearly three hours northeast of Vegas.

Prosecutors conceded that she was in Panaca for most of that day, but argued that Lobato had been in Vegas in the wee hours of July 8 when she came across Bailey, who she savagely beat and murdered before hopping in her Pontiac Fiero and blazing a trail up an unlit, two-lane mountainous state highway for home. Under the state’s convoluted theory, Lobato made it home so quickly that she was seen goofing off around the neighborhood on a four-wheeler late that morning.

Although ludicrous, the state received significant help in peddling its lame tale via the Clark County medical examiner, Lary Simms, who autopsied Bailey’s body and came up with an estimated time of death. Though his original opinion would all but exclude Lobato from committing the crime, by the time he testified at her 2006 trial, he had widened the time-of-death window just enough to allow the prosecutors to charge Lobato with the crime. It worked.

The defense did little to counter the state’s convenient time-of-death determination — an issue that Lobato raised in an appeal to the Nevada Supreme Court. Lobato argued that her lawyers should have called a forensic pathologist or entomologist to narrow Bailey’s time of death and that their failure to do so rendered their counsel constitutionally deficient. In support of her position, Lobato included affidavits from several bug scientists who strongly challenged Simms’s estimation.

In November 2016, the Supreme Court ruled unanimously that a lower court should fully vet her claim. Lobato’s alibi evidence was strong, the court concluded, so if her scientific evidence was credible, it would certainly cause a jury to doubt her guilt, they reasoned. Bailey’s time of death was “a crucial aspect” of the case.

Over a week in October, that hearing was held in Miley’s courtroom in downtown Las Vegas. Represented by lawyers from the Innocence Project, Lobato presented strong evidence that the state’s time-of-death estimation was off by hours. According to three distinguished forensic entomologists presented by Lobato’s lawyers, there was no way that Bailey’s bloody body had been left outside all day in the Vegas heat before being found. Had he been he would have been covered with blowfly eggs — nature’s ubiquitous first responders to scenes of death. But there was no such evidence on his body, leading them each to conclude that Bailey was killed sometime around sunset that evening, after the blowflies had wrapped up their work for the day.

Given that entomology is based on centuries of research and knowledge, it would be hard to argue with the scientists’ conclusions, but that didn’t stop prosecutor Sandra DiGiacomo from giving it a shot. The scientists hadn’t studied blowfly activity in Las Vegas, she argued, so they couldn’t actually say what the local blowflies would or would not do. And, she argued, it just so happens that in Las Vegas, not every dead body attracts flies — even though she had scant evidence to support her claim. In short, DiGiacomo’s defense of Lobato’s conviction was that in Vegas blowflies are exceptionally picky.

DiGiacomo was fairly flat-footed during the hearing. She called just two witnesses, a doctor and a scientist she’d contacted only weeks before the hearing. And she didn’t even have Simms to help. In response to questions from The Intercept for our investigation of Lobato’s case back in 2015, Simms reversed course, saying that his first time of death estimation, which would preclude Lobato from having committed the crime, was his best estimation. And he said he hadn’t seen any entomology reports, but that if the science was credible, he would revise his estimate even more, pushing it to late afternoon. In short, before DiGiacomo even made it to Miley’s courtroom, the state’s case against Lobato had fallen apart.

Miley has granted Lobato a new trial and has set a meeting with the lawyers for January 24, 2018, to discuss a trial date. But whether that will even happen is unclear. Clark County District Attorney Steve Wolfson has essentially three options: He can appeal Miley’s ruling to the Nevada Supreme Court, he can move forward with a new trial, or he can dismiss the case and set Lobato free.

Given that the Nevada Supreme Court has strongly and unanimously signaled that it believes Lobato’s alibi is credible, it would seem folly to try to enlist them to overturn Miley’s decision. If Wolfson were to opt to take the case to trial again, it would actually be the third time the office would pursue a prosecution of Lobato. She was first tried and convicted in 2002, but that conviction was overturned because the trial judge had improperly allowed prosecutors to introduce unreliable snitch testimony into evidence. Lobato was retried in 2006 and again lost, but now that conviction has also been tanked. Even more notable is that this time, the state’s entire case against Lobato has been dismantled, leaving Wolfson exactly zero evidence to offer of her guilt. That leaves the third option: dismissing the case. To Michelle Ravell, Lobato’s most loyal and ardent advocate, the third option is the only just option. “The only reasonable and fair option is No. 3,” she said. “Their job is to seek justice; so, do that. It’s so obvious she is innocent. Do the right thing and let her go already. I want to see her nightmare end.”

Top photo: Kirstin Lobato and her defense team at Clark County Courthouse for a hearing on Oct. 12, 2017.