The U.S. only just weighed in publicly on the disputed election, but has spent weeks trying to get the opposition to end its protests against fraud. On Friday, the U.S. congratulated Juan Orlando Hernández on what it said was his re-election as president of Honduras. The U.S. State Department’s congratulations to Hernández came a month into a standoff between the government and the opposition over the vote tally, and five days after the Honduran electoral commission, which is controlled by Hernández-installed allies, declared him the winner.

The State Department message came amid continuing vote-fraud allegations by the opposition, journalists, and foreign observers. The Organization of American States had announced on December 17 that the purported victory was “impossible” to verify, and called for a new, clean election.

Despite the U.S. embassy’s calls earlier this month for a “transparent, impartial” and “credible” vote count, the U.S. has been working behind the scenes for weeks urging the Honduran opposition to shut down protests calling for a full recount or a new election.

The U.S. has been working behind the scenes for weeks urging the Honduran opposition to shut down protests.

Salvador Nasralla, the opposition candidate who held the lead when the public vote count was halted, told me on December 7 that U.S. officials “don’t want there to be any demonstrations” — “ellos no quieren que haya manifestaciones,” he said in Spanish.

Nasralla said that he had been meeting with Deputy Assistant Secretary of State John Creamer as well as with Heide Fulton, the acting U.S. ambassador to Honduras who Nasralla said he had spoken to by phone hours before our interview in Tegucigalpa. Creamer is a former top aide to retired Gen. John Kelly, the influential White House chief of staff who has referred to Hernández as a “great guy” and a “good friend.” (Hernández has responded in kind, calling Kelly a “great friend” and “someone who opens many doors.”)

When I asked Nasralla if the U.S. officials wanted him to stop the marches, he replied, “Yes, [they want] that they be stopped, that we calm the people down.” (In Spanish, he said, “Sí, que paren. Que tranquilicemos a la gente.”) 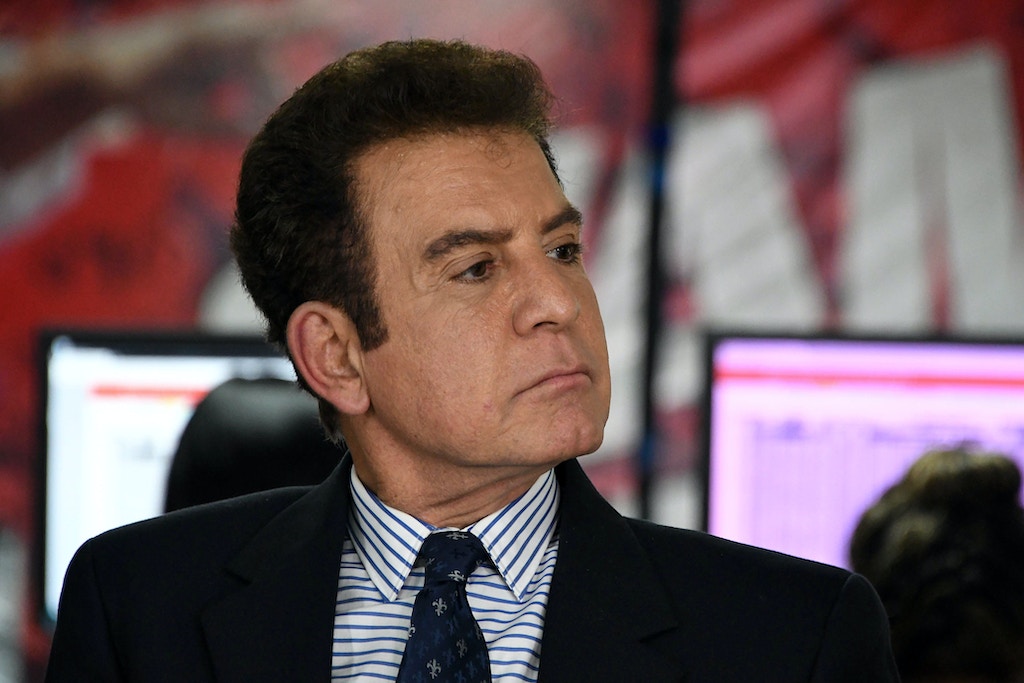 The presidential candidate for the Opposition Alliance against the Dictatorship, Salvador Nasralla, answers questions from the press after showing the results from the November 26 elections, which he claims show that he was the winner, in Tegucigalpa, Honduras, on Dec. 5, 2017.

As we spoke, Honduras was under a state of siege and a 6 p.m. to 6 a.m. curfew. The U.S armed-and-trained Honduran armed forces had begun tear-gassing and shooting protestors.

Nasralla told me, “The United States is going to have, in Salvador Nasralla, an ally,” but that, nonetheless, he wouldn’t stop the marches — and probably couldn’t, even if he wanted to. “What I in my personal capacity as a comfortable person may be asking for, that is one thing,” he told me. “But another is what the mass of 6 million poor people want, and that is something I can not impede — that the people will go to the streets.”

Nasralla’s account of meeting Creamer and Fulton was confirmed by U.S. officials in Washington who were briefed on the conversations.

When I asked Creamer if he or other U.S. officials had urged Nasralla to stop the demonstrations, he referred me to the State Department’s public relations office, which referred me back to Creamer’s office. Creamer’s staff replied that Creamer was not available for an interview. Fulton, reached on her cell phone, declined to comment.